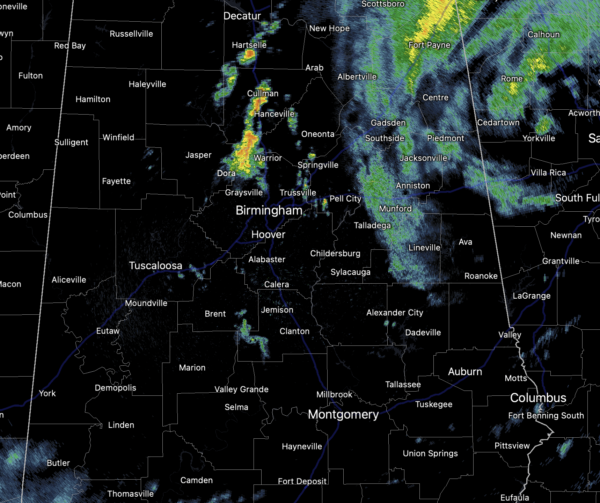 It was a soggy start to the day for many locations, but the widespread rain has pushed out of the state and we are seeing a mainly cloudy sky with scattered showers this afternoon. 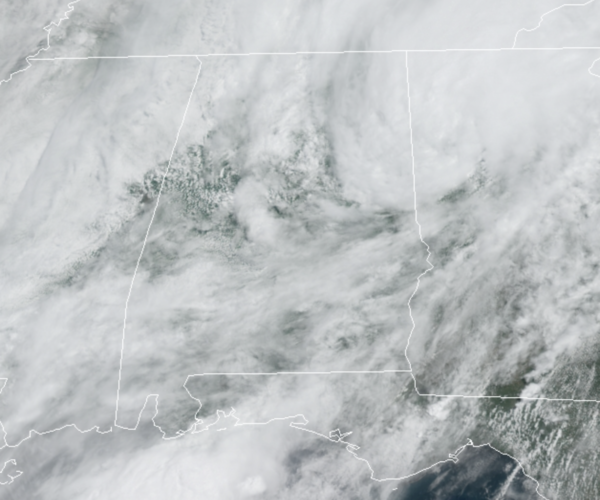 Temperatures this afternoon are generally in the upper 70s. Tomorrow we expect a mix of sun and clouds with some scattered showers and storms, mainly during afternoon and even hours, but nothing too widespread at this time. Highs tomorrow will be around the 80° mark.

MORE WIDESPREAD STORMS: For Wednesday and Thursday, more beneficial rain is likely for Alabama as an upper trough slowly approaches. These two days will feature periods of rain and storms. The SPC has defined a “marginal risk” of severe thunderstorms for parts of North and West Alabama Wednesday due to the potential of hail and gusty winds. 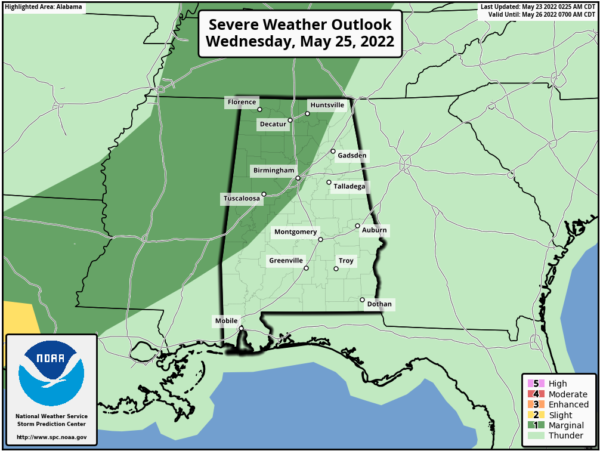 Additional rain amounts Wednesday and Thursday will be in the 2-3? inch range for much of the state.

FRIDAY AND THE HOLIDAY WEEKEND: Dry air will work into the state late Thursday night, and Friday will be a mostly sunny day with a high close to 80 degrees. Then, we expect delightful weather for the three day holiday weekend with sunny days, fair nights, and highs in the 80s. About as nice as it gets in late May in Alabama.

WORLD TEMPERATURE EXTREMES: Over the last 24 hours, the highest observation outside the U.S. was 118.4F at Jacobabad, Pakistan. The lowest observation was -94.9F at Vostok, Antarctica.