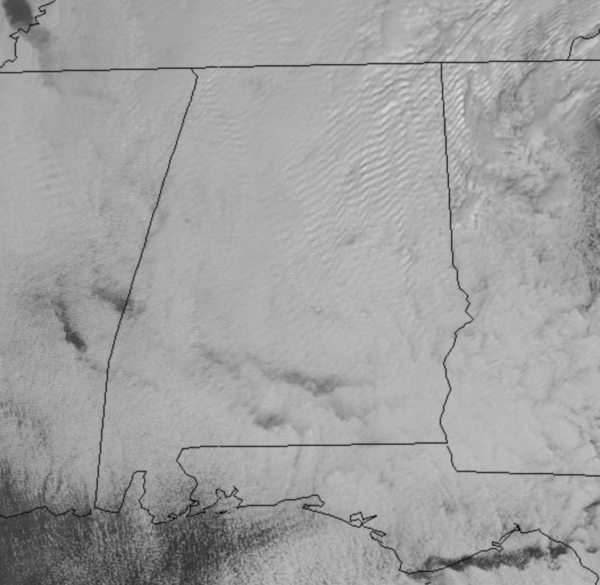 A cold front moved through Alabama late Sunday, and in its wake, we start the week off cloudy, breezy, and cold, due to the northerly flow off of the backside of the departing low. 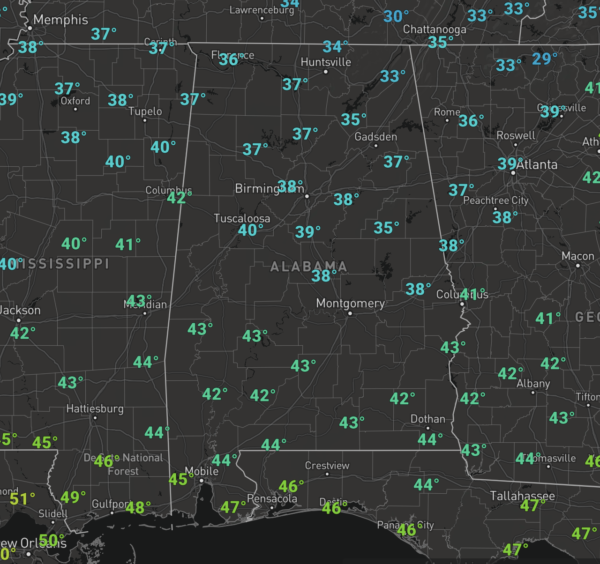 Temperatures are struggling to climb out of the 30s today and with the icy north wind sustained at 15-25 mph, wind chills are in the 20 and 30s. Tonight, will be cold as lows fall into the mid and upper 20s and with winds remaining gusty, wind chills will be in the upper teens and lower 20 by first thing tomorrow morning according to the model output below. 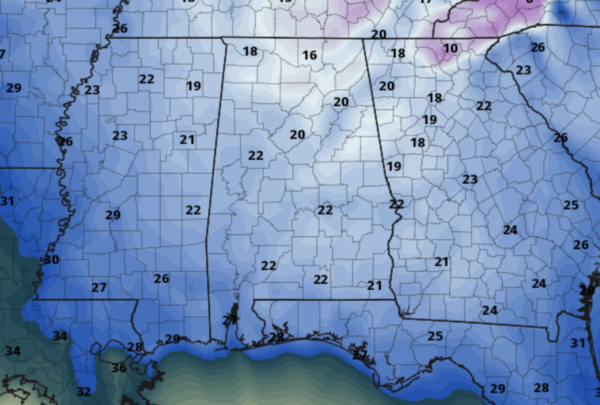 SUNSHINE RETURNS: Tomorrow and Wednesday will be warmer with plenty of sunshine on each day. It will remain breezy tomorrow; highs will be in the upper 40s, while highs Wednesday highs return to the low and mid-50s.

RAIN RETURNS TO END THE WORK WEEK: While much of the day on Thursday will be dry, an approaching cold front will cause clouds to increase through the day as temperatures surge to near 60°. That front will bring rain to the state late Thursday night into Friday morning, with rain amounts less than 1/2 inch expected, and no severe storms as the air will be stable. The front will push down into South Alabama through the day Friday, and behind it colder air returns with a high around 50. A weak wave of low pressure looks to track along the front late Friday night and into Saturday meaning rain is likely across South Alabama, but for now, the northern half of the state looks dry. Saturday looks cloudy and cold with highs in the 40s.

WORLD TEMPERATURE EXTREMES: Over the last 24 hours, the highest observation outside the U.S. was 112.1F at Birdsville Airport, Australia. The lowest observation was -70.6F at Iema, Russia.

WEATHER ON THIS DATE IN 1893: Thunder and lightning accompanied sleet and snow at Saint Louis MO during the evening hours, even though the temperature was just 13 degrees above zero.