Highs today occurred at midnight and temperatures are going the wrong way today with most locations already in the 30s. 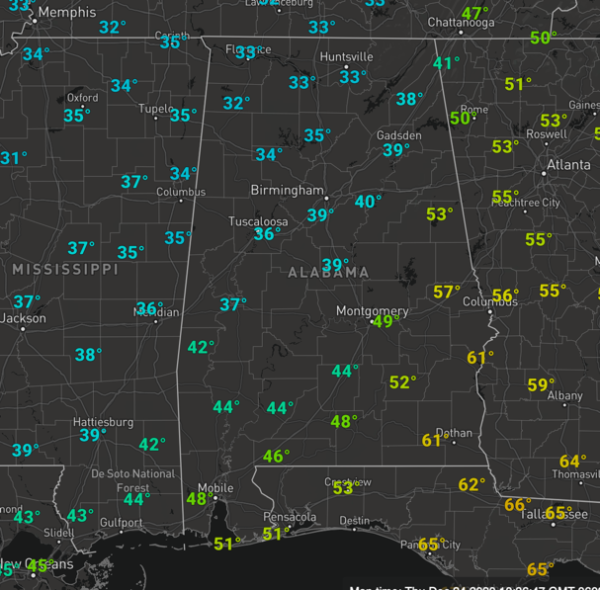 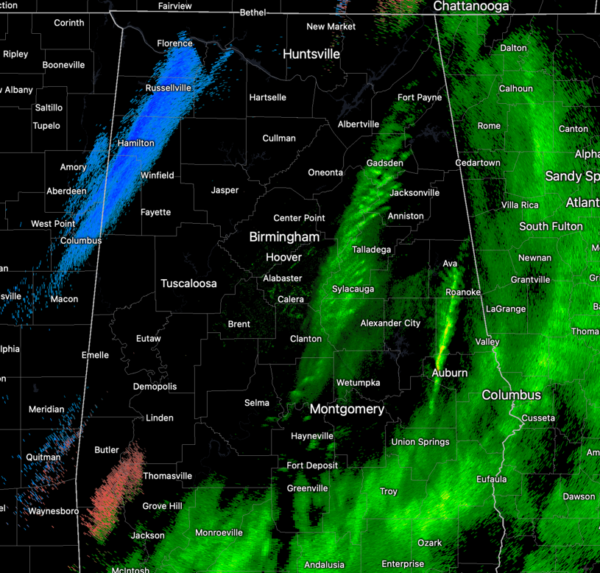 It is also feeling much colder due to the an icy north wind. The clearing line is approaching Northwest Alabama, but it will be a slow clearing process and most of us will not have a clear sky until late in the day. 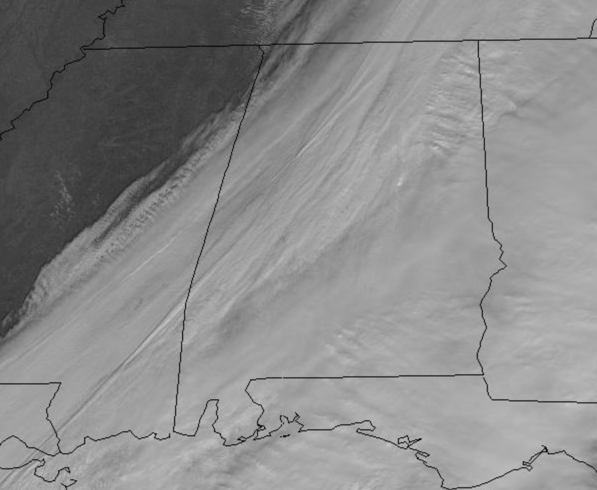 TONIGHT: A few heavier snow showers are possible across Northeast Alabama, and a few spots there could see 1/2? on grassy areas, but for most places there won’t be any meaningful accumulation. Also, travel impacts are not expected as roads should dry before temperatures go below freezing tonight. However, it is going to be a very cold night as lows fall well down into the 20s, with the chance for some teens across the area. Also, with the winds remaining up tonight, wind chills will be in the teens overnight and tomorrow morning.

CHRISTMAS DAY: For tomorrow, after the frigid start to the day, temperatures are going to struggle to climb out of the 30s by tomorrow afternoon for most locations. It will be a sunny day, just very cold and in fact it looks like Birmingham will fail to reach 40 degrees…only the 12th time this has happened on Christmas Day since 1900.

WORLD TEMPERATURE EXTREMES: Over the last 24 hours, the highest observation outside the U.S. was 106.2F at Bullsbrook Pearce, Australia. The lowest observation was -65.7F at Ojmjakon, Russia.

WEATHER ON THIS DATE IN 1872: Extreme cold gripped the Upper Midwest on Christmas Eve. Downtown Chicago reported an all-time record low of 23 degrees below zero, which stood until January 1982, and Minneapolis MN reached 38 below. The afternoon high at Minneapolis was 17 degrees below zero.