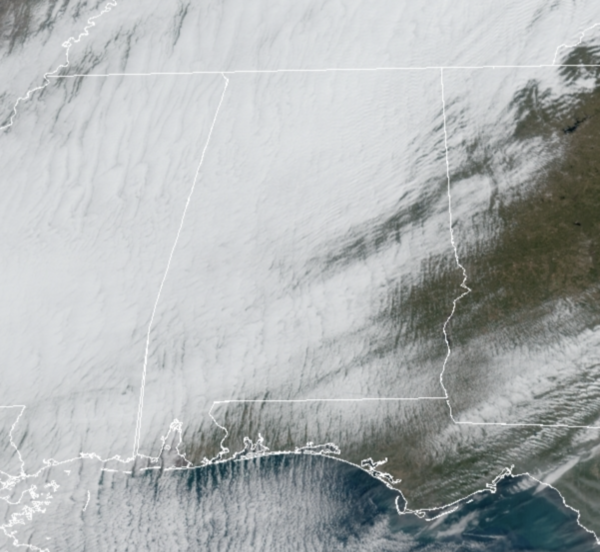 After the wet and mild night, we are seeing noticeably colder weather today, and the sky will gradually clear later this afternoon as drier air blows into the state due to blustery northerly winds of 15-25 mph. 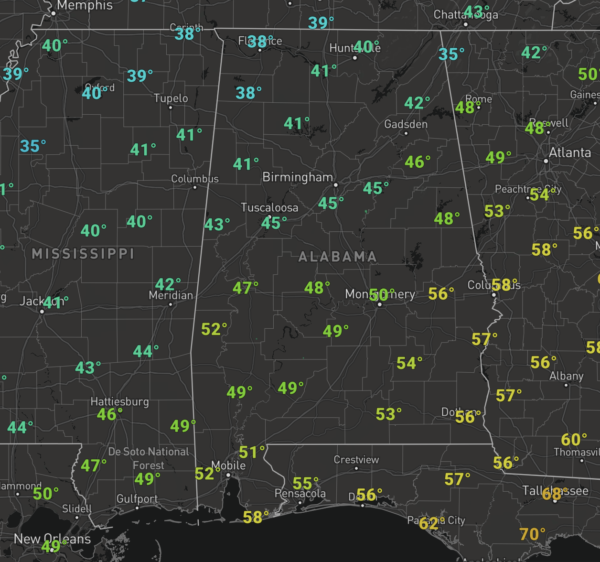 Temperatures are mainly in the 40s today and will fall to just below freezing by first thing tomorrow.

Tomorrow will be a dry day with a mix of sun and clouds. After the frosty start to the day, highs should return to the mid 50s for much of North/Central Alabama. Clouds begin to increase late tomorrow and tomorrow night ahead of our next rain maker Wednesday.

WET WEDNESDAY: Some rain is possible after midnight tomorrow night, but rain is likely Wednesday, especially during the morning hours. No risk of severe storms; in fact temperatures will hold in the 40s north of Birmingham through the day. Rain amounts with this feature will be around 1/2 inch, and the rain will end from west to east Wednesday afternoon.

WORLD TEMPERATURE EXTREMES: Over the last 24 hours, the highest observation outside the U.S. was 108.5F at Rivadavia, Argentina. The lowest observation was -63.4F at Verhoyanskij Perevoz, Russia.

WEATHER ON THIS DATE IN 2006: The Hanukkah Eve Wind Storm of 2006 caused storm to hurricane-force wind gusts and heavy rainfall hit the Pacific Northwest and southern British Columbia. Damage estimates in Washington and Oregon totaled $220 million. Over 1.8 million residences and businesses without power. 18 people were killed, most of whom died of carbon monoxide poisoning in the days following the storm because of improper use of barbecue cookers and generators indoors.