After the cloudy start to the day, we are seeing the clouds give way to sunshine as a drier air mass settles into the state. 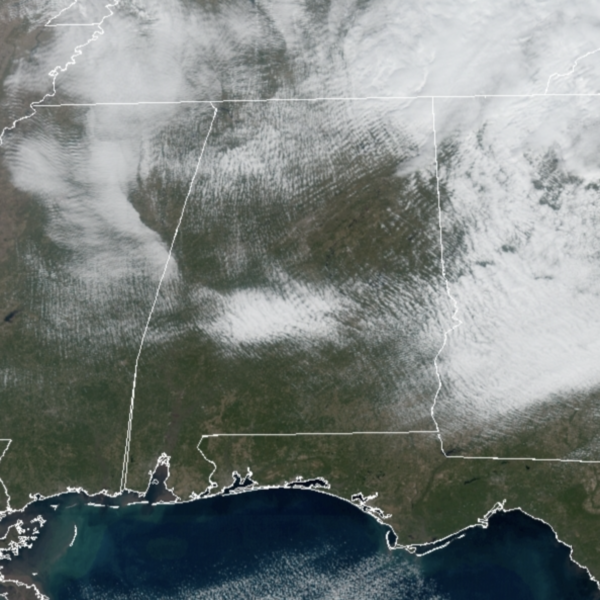 Most of us are holding will be in the 40s this afternoon, while some 50s are showing up down south. It feels even colder today as northwest winds are gusty wind at 15-25 mph. 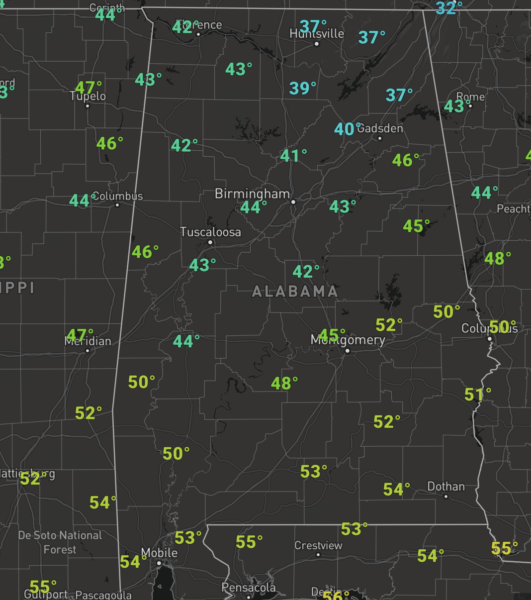 Tonight, the winds will relax and with a clear sky, we should all see a freeze in the morning with widespread upper 20s expected.

REST OF THE WEEK: The overall weather pattern remains quiet, calm, and dry with a warming trend. The days will feature tons of sunshine, with highs tomorrow returning to the mid 50s, followed by low 60s Wednesday, and mid 60s Thursday and Friday. By the end of the week, there will likely be some 70s on the maps across South Alabama as well. Also, to end the week, we should begin to see more clouds as moisture levels rise ahead of our next storm system arriving this weekend.

WORLD TEMPERATURE EXTREMES: Over the last 24 hours, the highest observation outside the U.S. was 116.8F at Mitribah, Kuwait. The lowest observation was -60.3F at Nera, Russia.

WEATHER ON THIS DATE IN 1935: Severe flooding hit parts of the Houston, TX, area. Eight persons were killed as one hundred city blocks were inundated. Satsuma reported 16.49 inches of rain. The Buffalo and White Oak Bayous crested on the 9th.