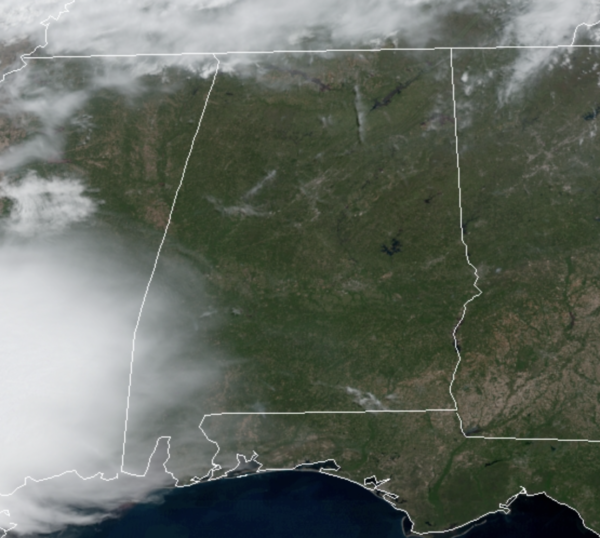 We started the day off with plenty of sunshine, but clouds are increasing as we head into the afternoon, and it is a very warm day with highs in the ranging from the low to upper 80s across Alabama today. 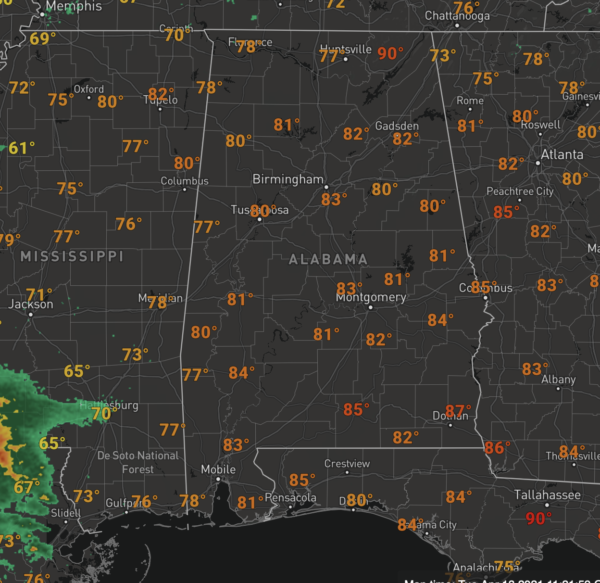 RAIN ON THE WAY: A cold front will approach the state tomorrow and tomorrow will feature more clouds, cooler temperatures, and scattered showers and a few storms, but thankfully no severe weather for much of the state. Best chance of a strong thunderstorm is over the southwest corner of the state, where SPC has a “marginal risk” (level 1/5) defined for Washington, Mobile, and Baldwin counties.

The threat for rain will continue into Wednesday night and Thursday morning as the front slowly sinks south through the state, but by the afternoon the rain will have shifted down to the Gulf Coast, and much of Alabama will be dry. Highs Thursday should be in the upper 60s. Rain totals should be less than one-half inch, with higher amounts across southern portions of Alabama. Friday will be another mostly cloudy day, and we will bring in a chance of some light rain late in the day into Friday night with a wave of energy working along the from to the south. No severe storms, probably no thunder as the air will be cool and stable with highs again the 60s.

WORLD TEMPERATURE EXTREMES: Over the last 24 hours, the highest observation outside the U.S. was 116.6F at Matam, Senegal. The lowest observation was -95.4F at Vostok, Antarctica.