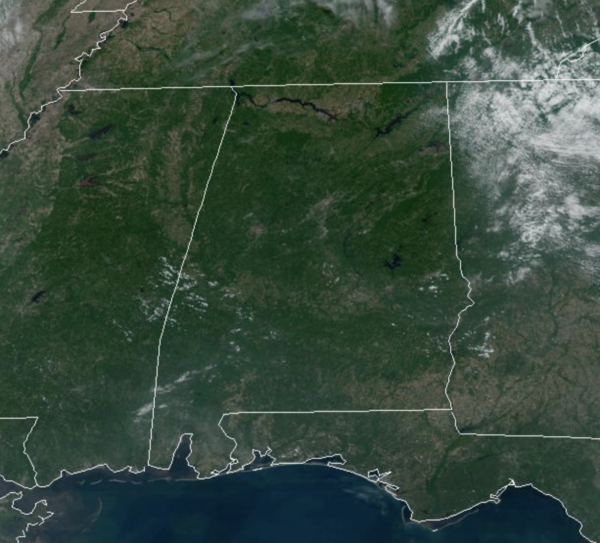 Another very hot and mainly sunny day across Alabama with temperatures in the upper 90s in many locations, with some low 100s again down south. Heat index values are approaching 105°, and we are seeing a Heat Advisory across much of South Alabama again today. Most locations will remain dry, but like we saw yesterday, there could be a few storms pop-up across the Alabama landscape this afternoon. Where these develop, they could be strong, producing a lot of lightning and gusty winds.

THE ALABAMA WEEKEND: The sky will be partly sunny and temperatures will remain in the 90s both days. Highs tomorrow will be in the mid 90s, while lows 90s will be more common on Sunday. Rain chances will be higher this weekend in the 30-40% range, and mainly during the afternoon and evening hours.

THE BEGINNINGS OF BONNIE?: A tropical wave located over the eastern tropical Atlantic continues to produce a large area of disorganized showers and thunderstorms. Environmental conditions appear conducive for development of this system over the next few days, and a tropical depression could form during the early to middle part of next week while it moves westward at around 15 mph over the tropical Atlantic and approaches the Windward Islands. Formation chance through 5 days…medium…60 percent. 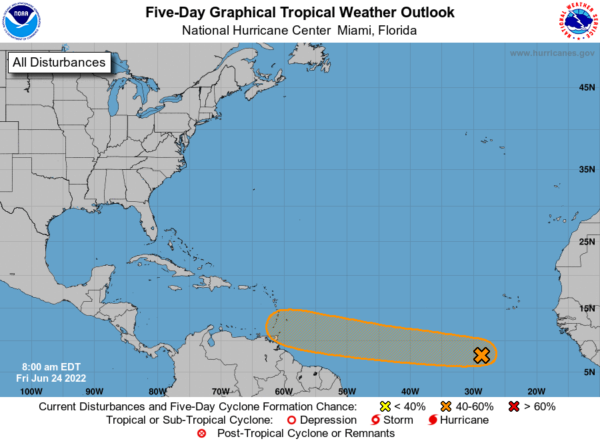 NEXT WEEK: With the ridge to the west, our weather will be more typical of summer in Alabama. Expect highs in the low to 90s each day, and it will be a more humid, allowing for a higher coverage of showers and storms, mainly during the afternoon and evening hours.

WORLD TEMPERATURE EXTREMES: Over the last 24 hours, the highest observation outside the U.S. was 118.9F at In-Salah, Algeria. The lowest observation was -100.3F at Dome C, Antarctica.