Bitterly cold air blankets much of the U.S. as an Arctic front stretches from Texas into the Mid-Atlantic states, with mild temps to the south, and frigid temps to the north. 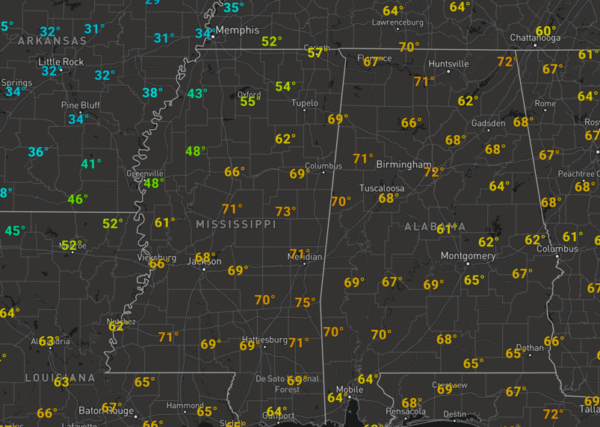 For us in Alabama, we continue to enjoy the warmer weather today with a mix of sun and clouds, while temperatures are in the upper 60s and 70s across the state. A few showers are possible today, but most locations will remain dry. 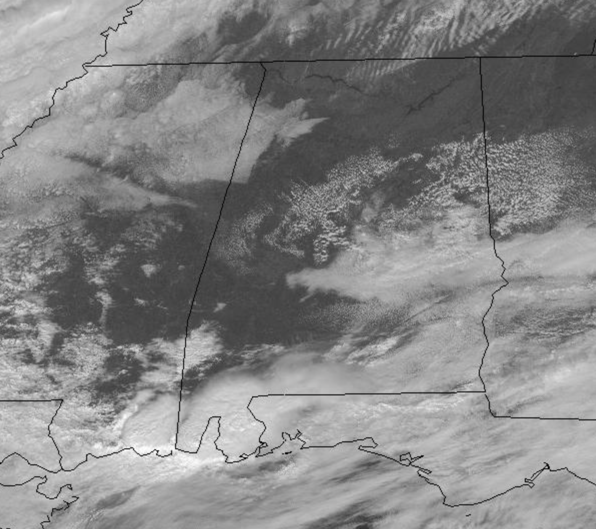 WINTER ISSUES ACROSS THE U.S.: The weather theme for much of the U.S. the rest of this week and weekend will be bitterly cold temperatures and dangerous wind chills, especially in the Central third of the U.S. This extensive arctic air mass will contribute to a few winter events. Ice and snow are likely from the southern Plains to Mid-Atlantic, Wednesday through Friday, and a winter storm will also impact the West late week.

ICE ISSUES NOT FAR AWAY: An ice storm warning is in effect for parts of Arkansas, West Tennessee, and much of Kentucky as freezing rain is expected to bring a coating of ice that will create major travel impact and possible power outages later today, tonight, and through tomorrow. Little Rock, Memphis, Bowling Green, and Lexington are some locations expecting issues.

RAIN ON THE WAY: Rain becomes widespread across Alabama tomorrow and tomorrow night ahead of the Arctic cold front just north of the state. As the front slowly sinks south, we are going to see rain and storms at times, and mild temps in the 60s. There will be some surface based instability, which will allow for storms, and perhaps a few stronger storms, but with the better shear values north of the front, severe storms are not in the forecast. Rain amounts around one inch are expected through Friday. Friday starts off with some scattered showers, but these will end early in the the day, but the clouds should linger. It will be a colder day as the edge of the Arctic air slides into Alabama, highs Friday for much of North/Central Alabama will be in the 40s, while 30s are expected across North Alabama.

WORLD TEMPERATURE EXTREMES: Over the last 24 hours, the highest observation outside the U.S. was 114.4F at Vioolsdrif, South Africa. The lowest observation was -59.1F at University Dome, Antarctica.

WEATHER ON THIS DATE IN 2011: The coldest day in Oklahoma history sees the temperature plunge to -31°F at Nowata, OK. A US National Weather Service station at Bartlesville recorded a reading of -28°F. Both locations break the previous low temperature mark of -27°F set in 1905 and tied in 1930.