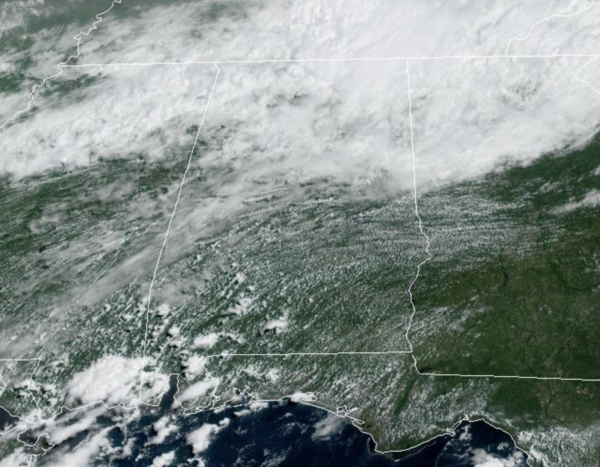 Another very humid day with temperatures ranging from the mid 80s to mid 90s across the state. All morning, we have been dealing with an active radar for areas north of Birmingham, and we will continue to deal with pockets of rain and storms across the northern parts of the state due to a weak surface trough sinking south. 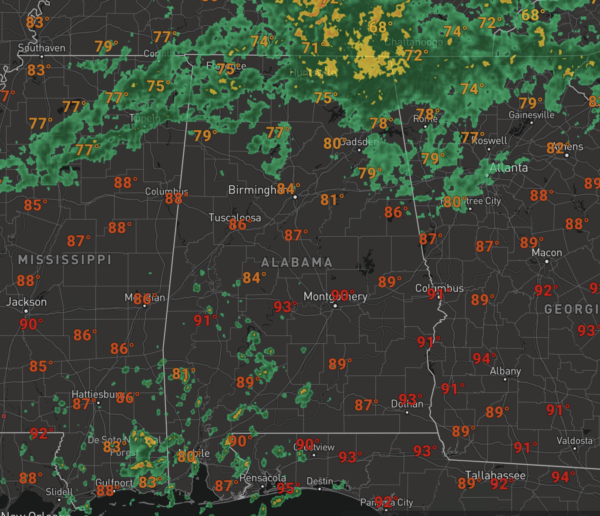 Over southern portions of the state, the sea-breeze front will work inland this afternoon, producing numerous showers and storms down that way. The lowest rain chances today, should be in the areas of the state between Birmingham and Montgomery.

NEXT FEW DAYS: The surface trough settles to the south, and higher rain chances will remain Tuesday, Wednesday, and Thursday in Central and South Alabama. For the northern half of the state, we are expecting a mix of sun and clouds, with highs in the low to mid 90s. There will be scattered afternoon showers and storms, but as far as rainfall distribution, expect the old feast or famine model (too much or none at all) at any given location.

FRIDAY AND THE WEEKEND: Rain chances are going nowhere, so we will still need to mention those daily scattered afternoon and evening showers and storms. Rain chances will be in the 40-60% range these three days and temperatures will be hot with highs in the low to mid 90s each day.

THE TROPICS: The Atlantic Basin remains amazingly quiet…for now. No signs of tropical development this week, but activity should begin to increase in the coming weeks as we enter the peak of the season…late August, September, and early October. Next few names are Danielle, Earl, and Fiona.

NEXT WEEK: We will go with a routine summer forecast…Hot, humid, scattered showers and storms each day, mainly during the afternoon and evening hours. Highs will range from the low to mid 90s. Pretty close to normal values for mid-August.

WORLD TEMPERATURE EXTREMES: Over the last 24 hours, the highest observation outside the U.S. was 121.1F at Ainaltamer, Iraq. The lowest observation was -82.5F at Dome A, Antarctica.