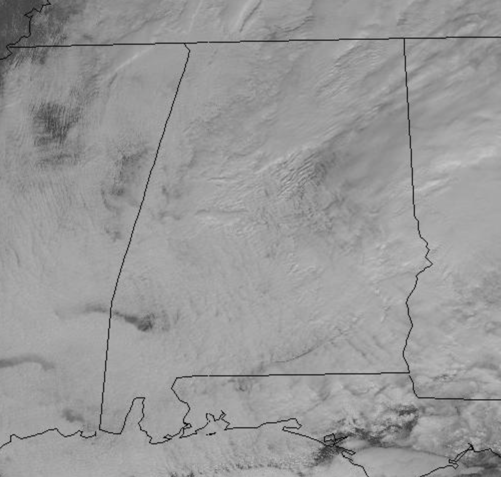 The cold core upper low continues to move over Alabama today, and it remains a cloudy and cold day for Alabama with areas of lingering light rain, with some snow flakes and ice pellets mixed in as well. Temperatures are struggling to climb out of the 30s as we head in to the afternoon hours. 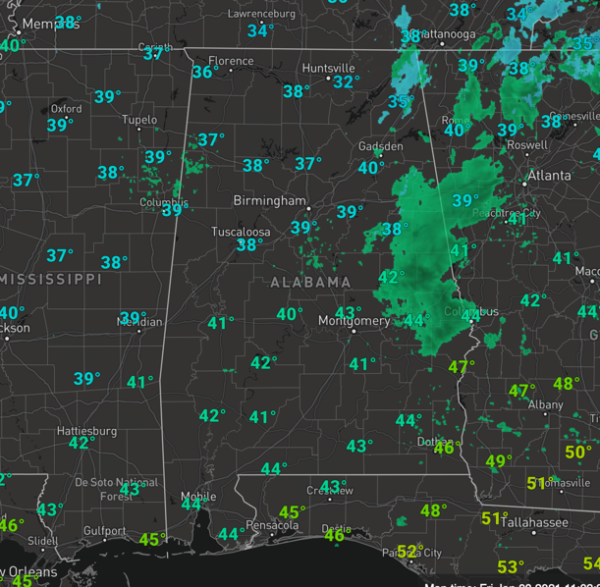 Factor in northerly winds, and it feels even colder out there today. Tonight, the sky will slowly try and clear, allowing temperatures to fall into the upper 20s and lower 30s across Central and North Alabama.

COLD WEEKEND WEATHER: After the cold start to the day, the day will feature partly sunny conditions and it will remain cold with highs barely in the low 40s. Saturday night/Sunday morning, expect lows to fall into the mid 20s in many locations. Then for Sunday, we should see a mix of sun and clouds, temperatures will be in the upper 40s with some low 50s possible. Clouds should begin to increase Sunday night ahead of our next system.

WORLD TEMPERATURE EXTREMES: Over the last 24 hours, the highest observation outside the U.S. was 109.4F at Kalamunda, Australia. The lowest observation was -61.2F at Near, Russia.

WEATHER ON THIS DATE IN 1971: A severe icestorm in the northeastern U.S. produced up to four inches of ice in Pennsylvania, and two to three inches in southeastern New York State. In southern New England the ice coated a layer of snow up to 20 inches deep. The storm resulted in 31 deaths and 2.5 million dollars damage.