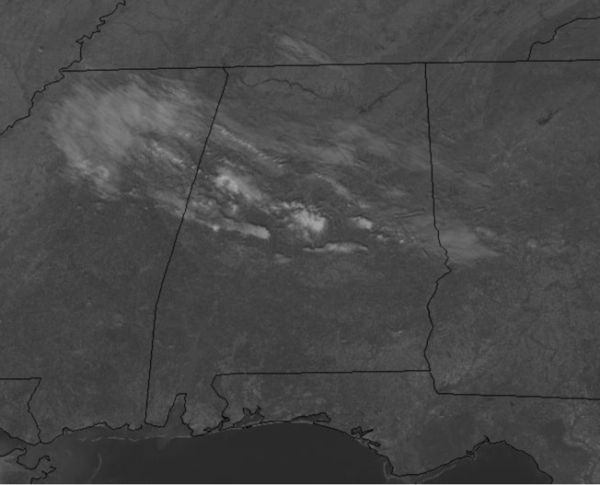 The final Friday of January, overall, is not bad at all. It was a cold morning and at the midday hours temps are in the 40s. 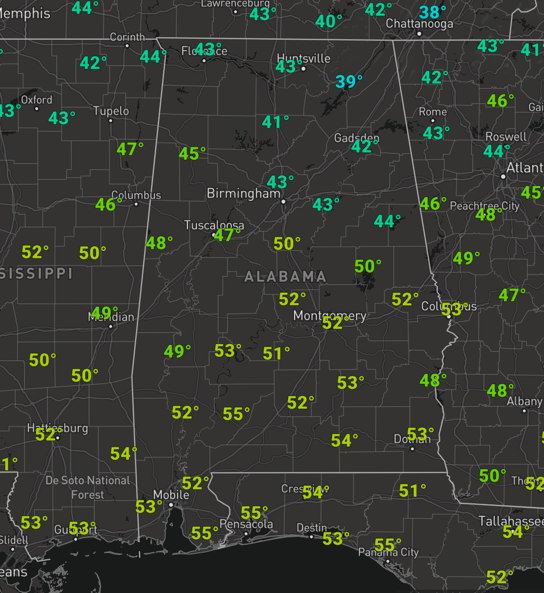 We are seeing a mainly sunny sky and it will be warmer day as temperatures are heading into the 50s later this afternoon, which is right where temperatures should be this time of year. Tonight, expect passing clouds with with lows in the lower 30s.

WEEKEND WEATHER: Tomorrow will start off mainly sunny and dry and highs head to near 60° tomorrow afternoon. Clouds will be on the increase by the afternoon and rain returns to Alabama late tomorrow night, lasting into the first half of Sunday. Again, the air will be stable, so there is no risk of severe thunderstorms, and probably little thunder. The rain will come to an end late Sunday morning, but clouds will likely linger through the afternoon. Rainfall amounts should be around the one-half inch range for many of us. Sunday’s highs will be in the mid to upper 60s for most places.

WORLD TEMPERATURE EXTREMES: Over the last 24 hours, the highest observation outside the U.S. was 110.3F at Paraburdoo Aero, Australia. The lowest observation was -68.3F at Ekyuchchyu, Russia.

WEATHER ON THIS DATE IN 1983: A series of Pacific coast storms finally came to an end. The storms, attributed in part to the ocean current, “El Nino,” produced ocean swells 15 to 20 feet high which ravaged the beaches of southern California. Much of the damage was to homes of movies stars in the exclusive Malibu Colony.