It is a cloudy and cold day and we are seeing periods of rain today as a surface low tracks to the south, while an upper-level low approaches Alabama today. 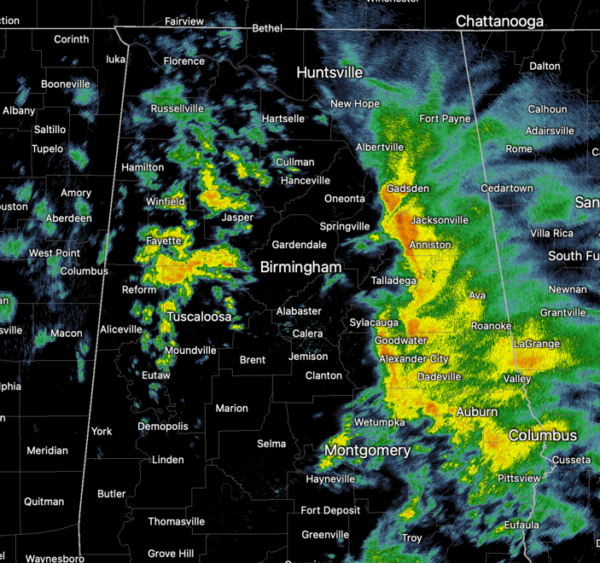 Rainfall amounts around 1/2 inch are expected for the remainder of this event. It is a rather raw day with temperatures in the 40s and breezy conditions at times. 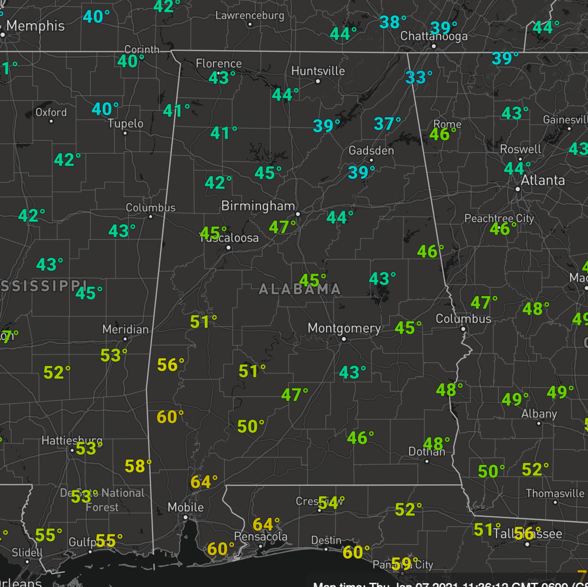 We are seeing some reports of small hail falling in some of the heavier showers due to the very cold air aloft.

Tonight, as the cold-core upper low moves across the state, dynamic cooling will bring the potential for some snow over far North Alabama overnight. The best chance of seeing snow will be north of U.S. 278 (north of a line from Hamilton to Cullman to Gadsden), and some light accumulations are possible over the Tennessee Valley on grassy areas. While a few slick spots could develop, for now no major impacts are expected since the ground is relatively warm, and temperatures should be generally above freezing as the precipitation falls tonight.

FOUL FRIDAY: Tomorrow will be another cloudy and cold day for Alabama with areas of lingering light rain and snow, but temperatures will be in the low 40s, so no accumulations, just a little bit of excitement anytime flakes as flying in the Alabama sky. Factor in northerly winds, and it will feel even colder much of the day. The sky should finally clear tomorrow night, allowing temperatures to fall below freezing for many of us.

WORLD TEMPERATURE EXTREMES: Over the last 24 hours, the highest observation outside the U.S. was 104.4F at Diourbel, Senegal. The lowest observation was -60.3F at Batamaj, Russia.

WEATHER ON THIS DATE IN 1971: The temperature at Hawley Lake, located southeast of McNary, AZ, plunged to 40 degrees below zero to establish a state record.