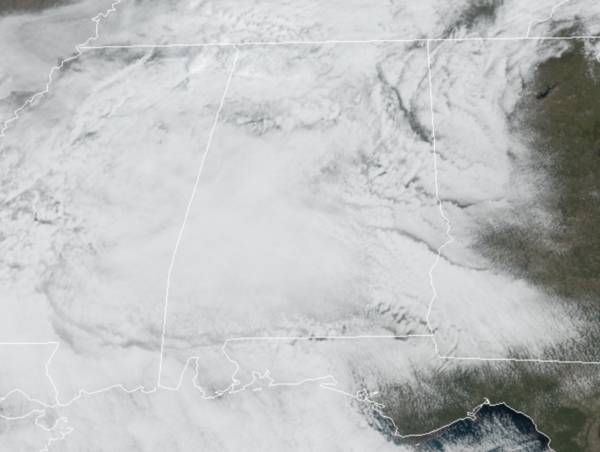 Today will feature more clouds than sun, with cool and breezy conditions as highs will only be in the mid to upper 50s. Late today, a cold air damming wedge of cooler air will move into Alabama from the east so we need to mention the chance for an isolated shower late this evening/overnight, especially across East Alabama. 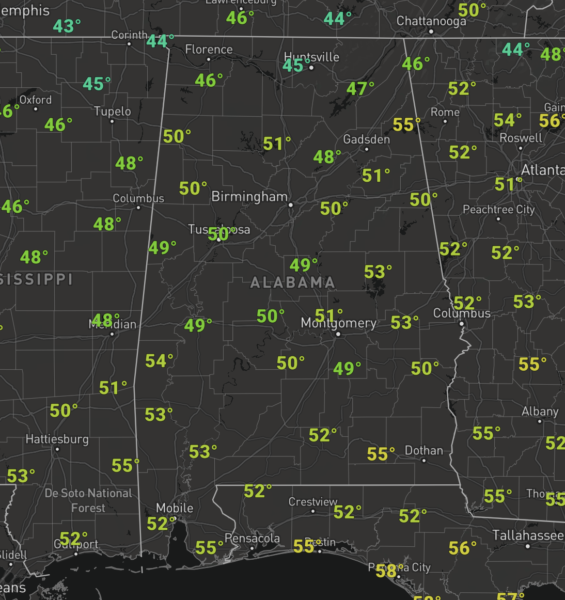 HELLO SPRING!!!: A cool weekend of weather is ahead as we roll into the first official weekend of spring as the vernal equinox occurs at 4:37AM CDT tomorrow morning. We will start tomorrow off in the upper 30s and low 40s with clouds, and again, a rogue shower is possible, but the sky should become partly to mostly sunny by the afternoon with highs across Central Alabama again in the upper 50s to low 60s. Sunday morning will be cold as many communities drop into the 30s with potential for some scattered light frost. Colder pockets over North/Central Alabama might even see a freeze. Then, during the day Sunday, expect a sunny sky with a high in the upper 60s.

WORLD TEMPERATURE EXTREMES: Over the last 24 hours, the highest observation outside the U.S. was 109.0F at King Fahad International Airport Dammam, Saudi Arabia. The lowest observation was -94.0F at Vostok, Antarctica.

WEATHER ON THIS DATE IN 1935: Suffocating dust storms occurred frequently in southeastern Colorado between the 12th and the 25th of the month. Six people died, and many livestock starved or suffocated. Up to six feet of dust covered the ground. Schools were closed, and many rural homes were deserted by tenants.

Redonda: The Caribbean island transformed into an eco haven