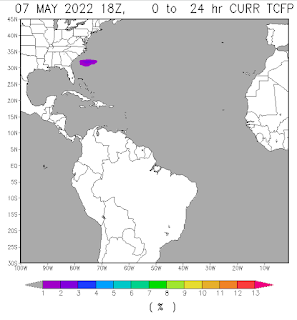 …and has grown in size.

What does this mean?

Below we see the front…. 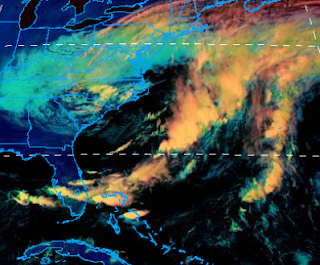 What does this mean?

On the first level this means that a system may form off of the SE Coast due to an unsusual set up that can develop into a Subtropical Storm according to some models. Subtropical Storm Ana formed in May of 2021 close to Bermuda. Often of late we have seen systems form that were tracked first over land as models showed possible development after they transistioned to an ocean system and if the atmosphere is ripe that system can keep going as another sort of entity. The current set up is there for this to possibly happen, and we are watching out of curiousity. We are especially curious to see if this system pulls together and begins to head a bit to the South (warmer friendlier waters) and then retrograde back towards Florida and Georgia. That would be an unsual track but it’s possible. Possible but not really probable yet, unless those models begin to verify. 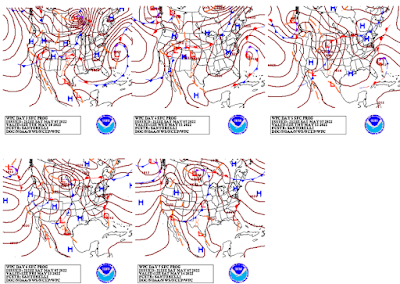 Rather than look at models.

This is the forecast.

A Low near Florida Geogria Line.

Could that verify? Yes.

Could it get a name? It could….

Is it something to worry on? Well only if you live in that area.

Will it happen for sure? Too soon to tell, we watch in real time.

It’s kind of that simple. The storm system that dumped rain across North Carolina today and has had a violent history of storm damage is now about to drop into a sweet spot where it could continue to cause trouble. And, all Low Pressure systems …especially depressions or storms love to go where there is the least resistance. They are kind of lazy like that and stay away high pressure systems and love to go where the water is warmer, winds less a problem and more friendly environment. This is a primer for all the storms to come down the road.

Secondly……….it’s a real time reminder of Hurricane Season being around the corner and reminds us all to prepare and make plans for what we would do IF a named storm is coming our way. Many people have moved in the last year to Florida and most do not know if they live in an evacuation zone or not, and that goes for Texas that has also seen many new residents who have left other places. Old timers who know … know. And, those who have gotten lucky the last few years probably think they will get lucky again. I hope you get lucky but I can’t promise that happens. All I can tell you is it’s better to be prepared than to be taken by surprise and suddenly find out Miami is not NYC and your local breakfast spot will most likely be closed in a hurricane and you may not have electric to make coffee! May I suggest stocking up on these … just in case your power is out and you need a caffeine fix in a hurricane! 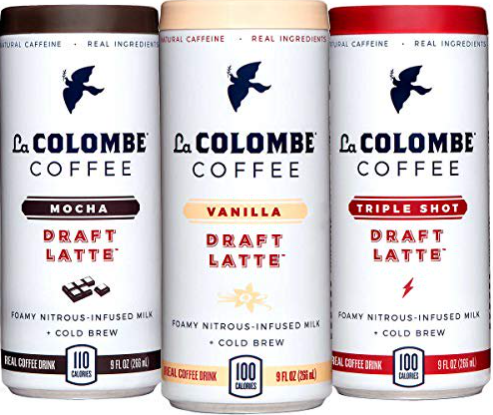 Kind of that simple. Not “hyping” a named storm that may form and wiggle it’s way down to the South a bit and then wiggle West a bit, but it’s a possibility. And, Hurricane Season is less than a month away!

Honestly it means it’s May and it’s a common breeding ground for Subtropical Storms that sometimes form in that region before the official start of the Hurricane Season. I like to think of these systems as motivators that make you stop and remember it’s May and we are moving fast towards Hurricane Season and you may need to stock up on some sort of supplies! I know it’s hard between inflation, possible recession, a lingering plague and a possible expanding War in Europe that we hope and pray doesn’t go nuclear… you might not want to hear about hurricanes. Gee, back in 2020 I felt bad talking about the Hurricane Season in May when people were obsessing properly so on the plague. Now things are compounded with concerns that seem a bit overwhelming.

The only thing I can tell you is that one of the few things you do have control over is assembling things you need for the Hurricane Season. And, the good news is most of those things can be used all year if you are lucky enough to avoid having a big, bad hurricane come knocking at your door.  Non-Perishables that generally are relatively cheap and on sale often. A First Aid Kit update that is always good to have. A lock on a chest if you have hungry children who may or may not get into your hurricane supplies late at night. 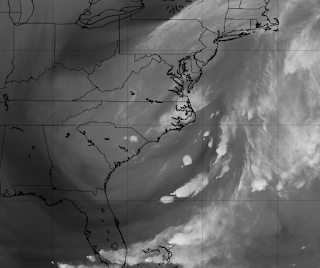 It has a look.

I will say that.

It has a history.

I will say that.

Does it have a future?

Stay tuned and check back tomorrow!

Ps we will be watching the Coast of Carolina tomorrow.

And the day after………

link in case it doesn’t load…