Comments: Only one day recorded a low temperature at or below freezing, two days below average for March.

Comments: Four days recorded precipitation of more than an inch, 2.4 days above average for March. 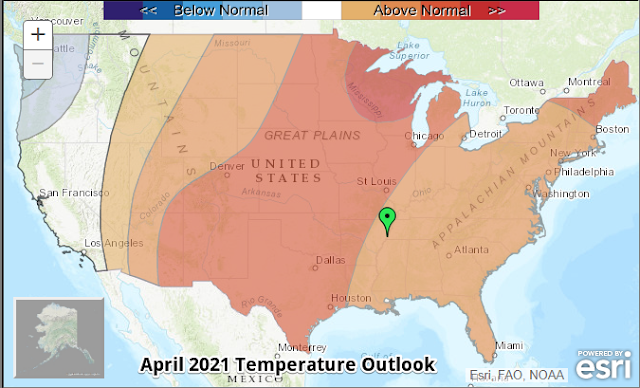 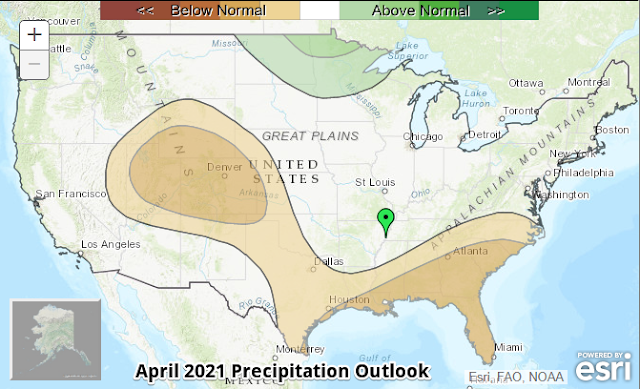 Precipitation is expected to be below normal from the central Rockies into the southern Plains and across much of the Deep South in April. Above average precipitation is forecast for a small section of the Upper Midwest. For Memphis, odds favor near average rainfall. Precipitation historically averages 5.50 inches.