Yea, this isn’t inside the house, but it is part of the house. 🙂

I am in the process of doing a garage makeover at our house. First, you have to understand that I’m a car guy and have been all my life, so I baby our cars, so it’s only fitting that I have a nice “bedroom” for the “babies”. 🙂 I’m working with Amanda Dame (she’s right here in Big Canoe, click to email her) to coordinate all of the work and design.

I don’t have any real good before pictures of the garage now, but it’s not in terrible shape. But I wanted more of a car guys garage, and was originally thinking about something along these lines but I’ve since changed my way of thinking in terms of the flooring. More about the design in a minute. 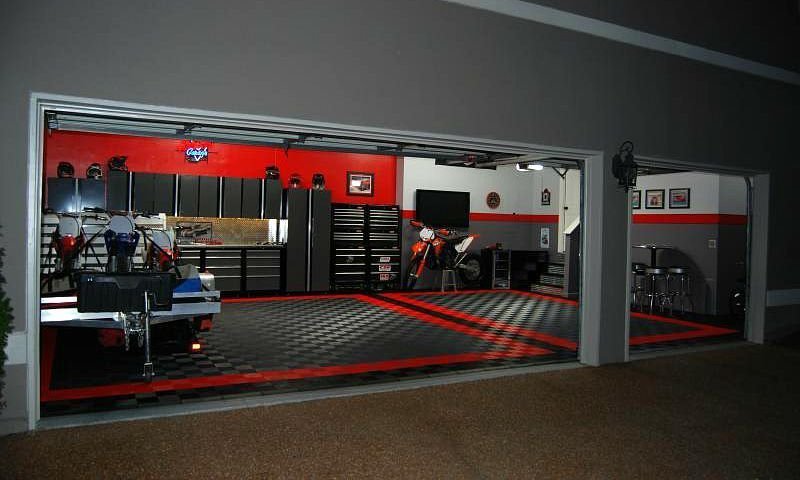 Our garage already has an epoxy floor but it is starting to come up in several places and the only way to fix it is to strip the epoxy from the floor and start over, and that is not a cheap thing to do. In order to get epoxy to stick, the concrete has to be meticulously prepared and if not, you have spots where it will lift off the surface, and that is exactly what my floor is doing. 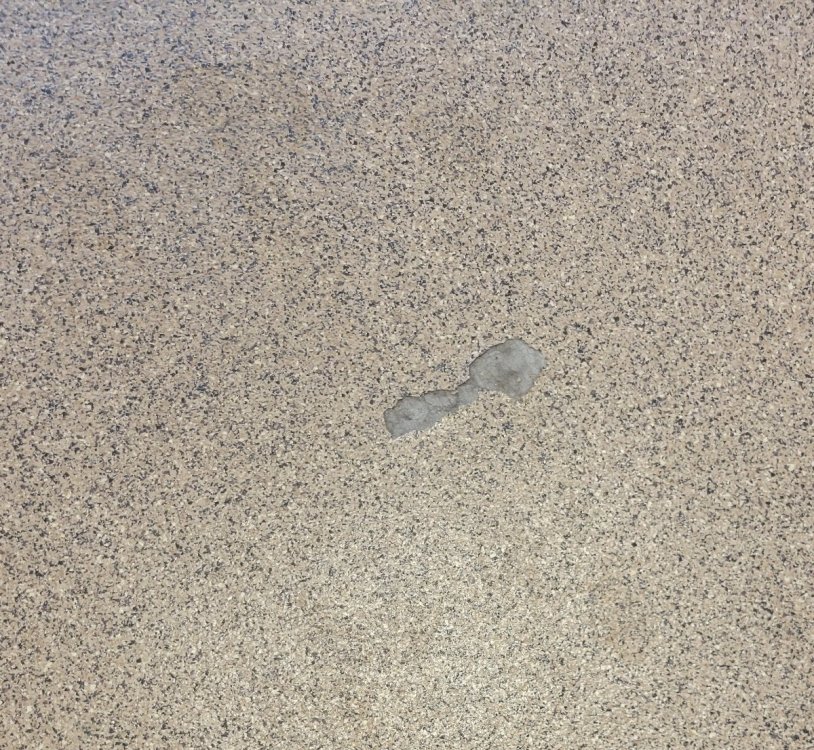 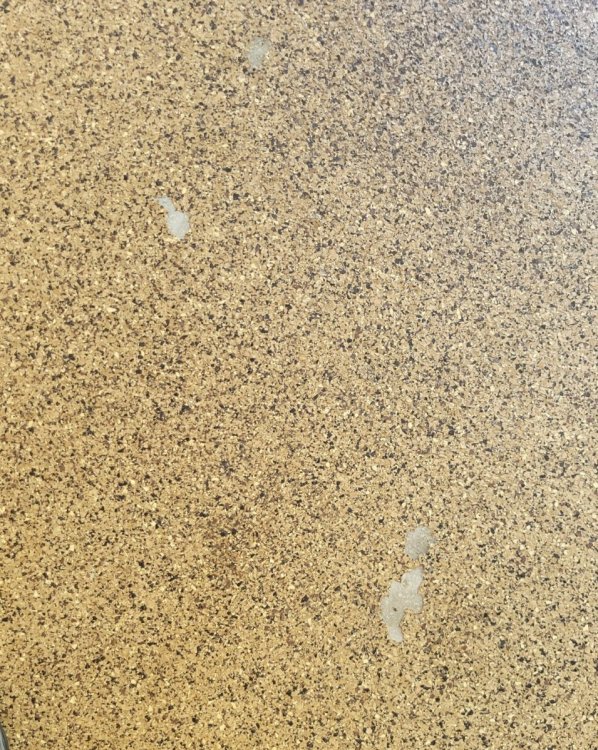 I love the floor, but I don’t want to go to the expense and effort to fix it and run the risk of it happening again. I figured the floor was the first place to start in the design because that color would dictate the color palette for the walls and ceiling. I have been looking at interlocking tile floors for a while now, and I thought I had my floor figured out. I wanted that fancy “race” look much like what you see in the image above and something like this image. 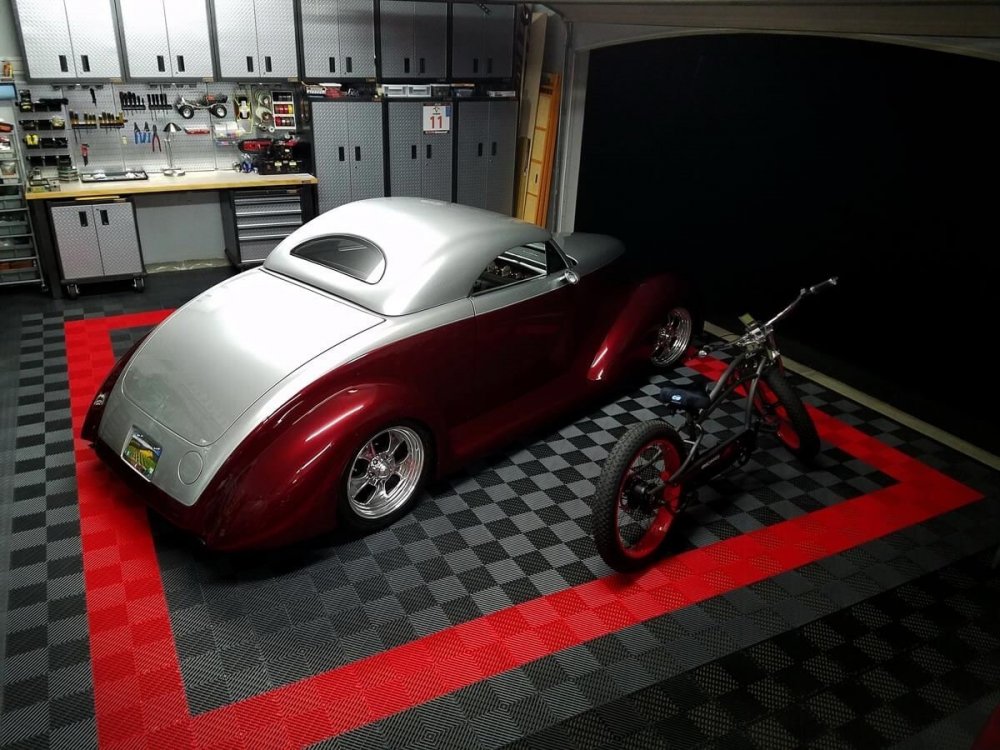 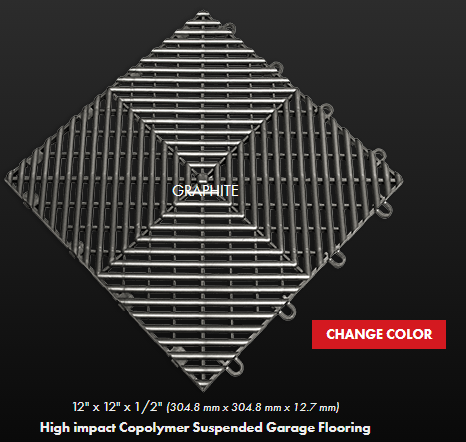 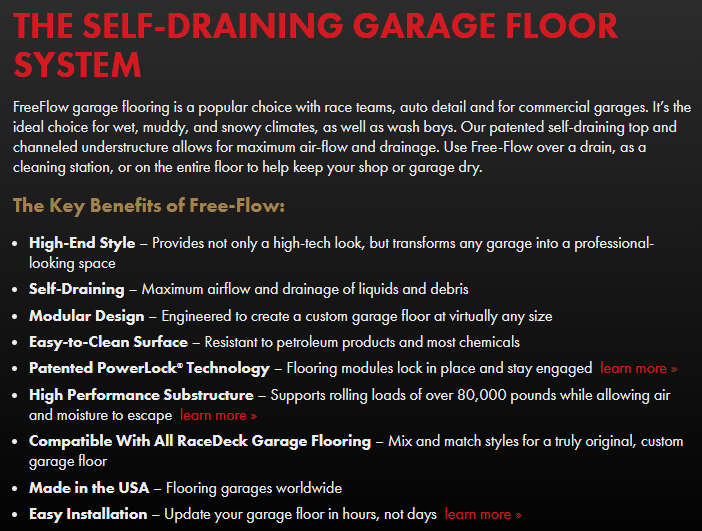 After thinking about that for a while, I didn’t want a tile that “drained”. I want a floor. The disadvantage to the self draining tiles is that they have to be vacuumed, you can’t sweep them. So any dirt or bug that gets in the garage falls into the holes to the surface underneath. Nope, not for me. So what else is there?

This was never going to be a true “working” garage. Think of it as a living room for the cars. 🙂 So, along those lines, I’ve decided on these interlocking tiles (same company) in a smoked oak color. 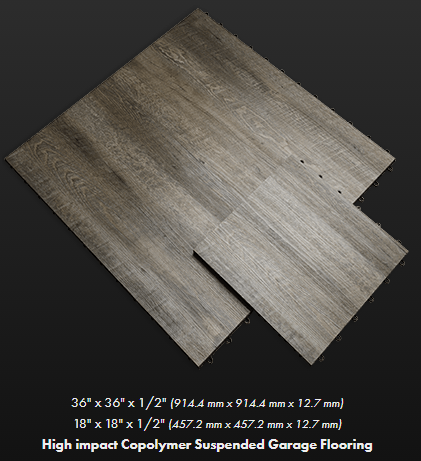 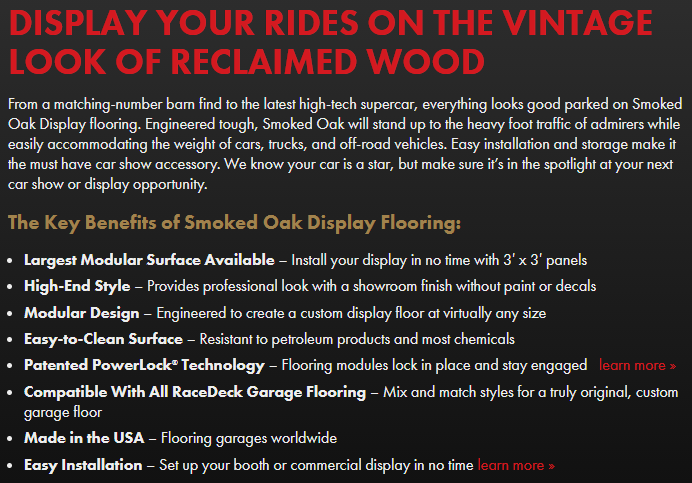 To give you an idea what the floor looks like with a car sitting on top of it, here’s a picture. As you’re looking also notice the darker color to the ceiling in the left half of the image. I’m going with a darker color ceiling. 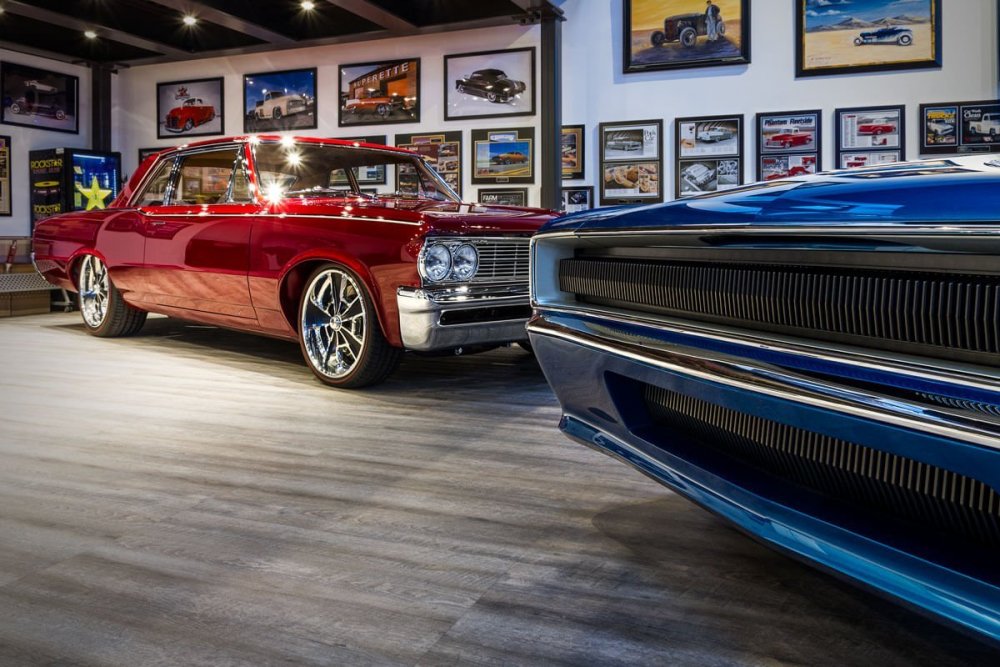 RaceDeck is the company that makes the flooring.

So now that I have the floor picked out we’ll move on to the room colors. That will have to wait until I get the floor sample from RaceDeck, and then we’ll sit down with Amanda and talk colors (the sample is on the way). We’re looking at using three to four colors in the room. I’m adding wainscoting all around the lower half of the walls, so that will be one color, the wall above that will be a different color, and the ceiling will be some dark color. There may be a thin border color between the wainscoting and upper wall, but not sure yet.

We’ve already complete step 1 with the room, as I just had Bruce Jankowski come out and remove the old fluorescent lights and replace those with recessed LED’s. What a difference! It’s like a showroom in their now! I’ll have to go count but there are at least 16 lights total. The run down the sides of both walls as well as between the cars. Plus, I can now dim the lights, so if I want to detail the cars I can turn them up, if I just want to relax the cars I can turn them down. LOL! Yes, the cars must rest. 🤪 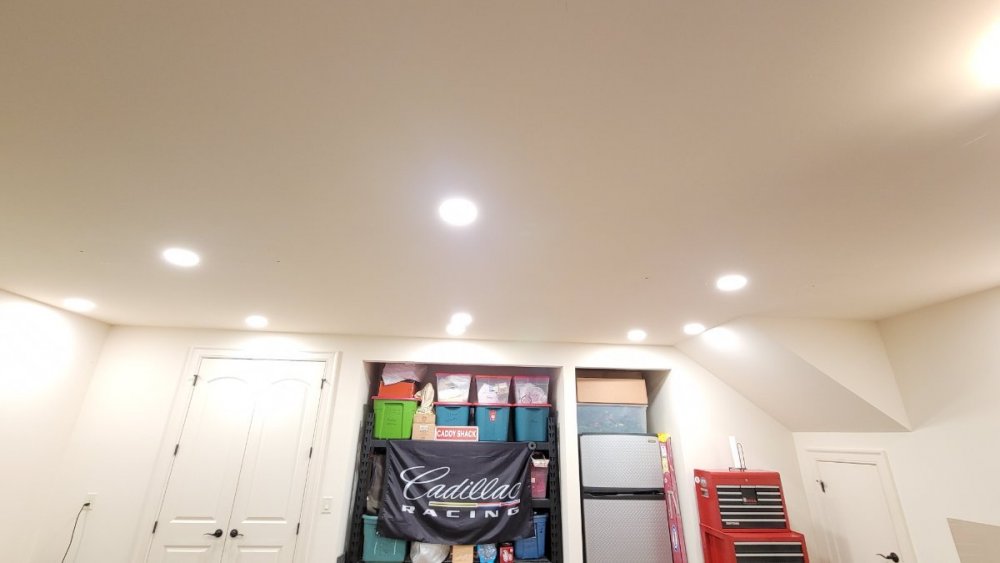 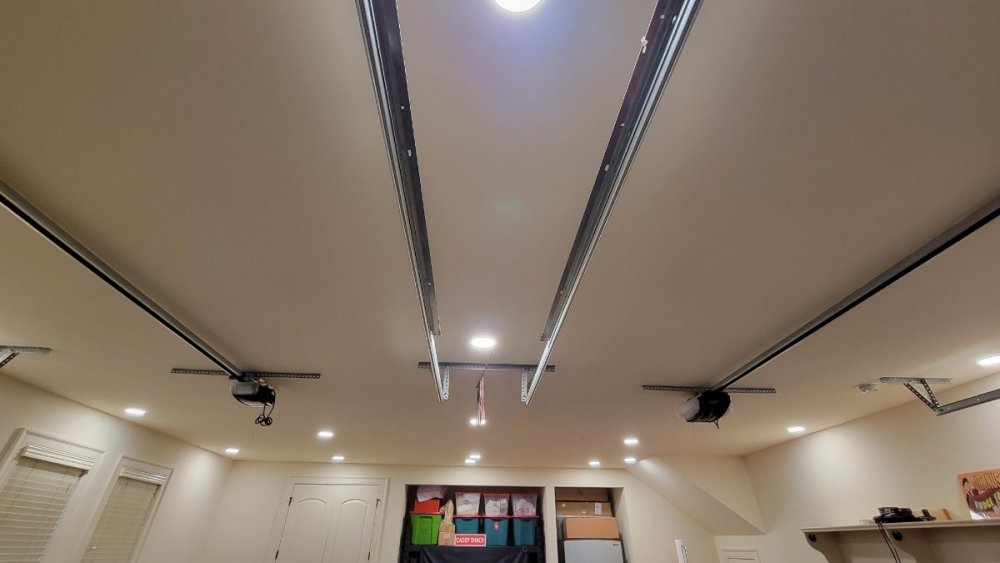 I took some pictures at night so you could see how bright the lights are. Click to enlarge. 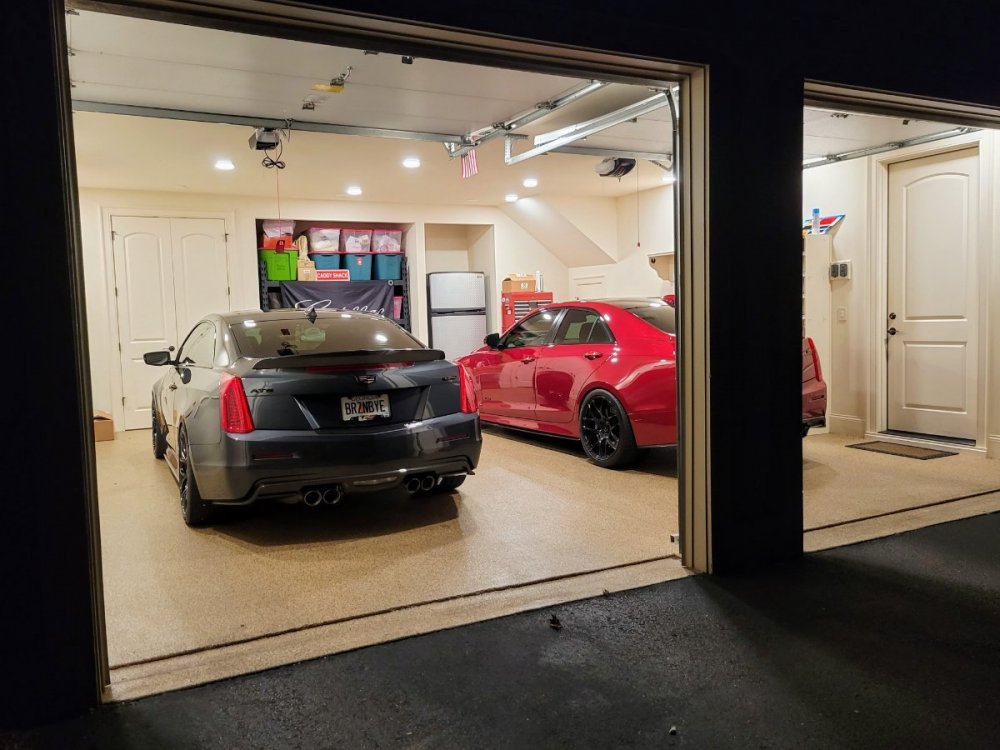 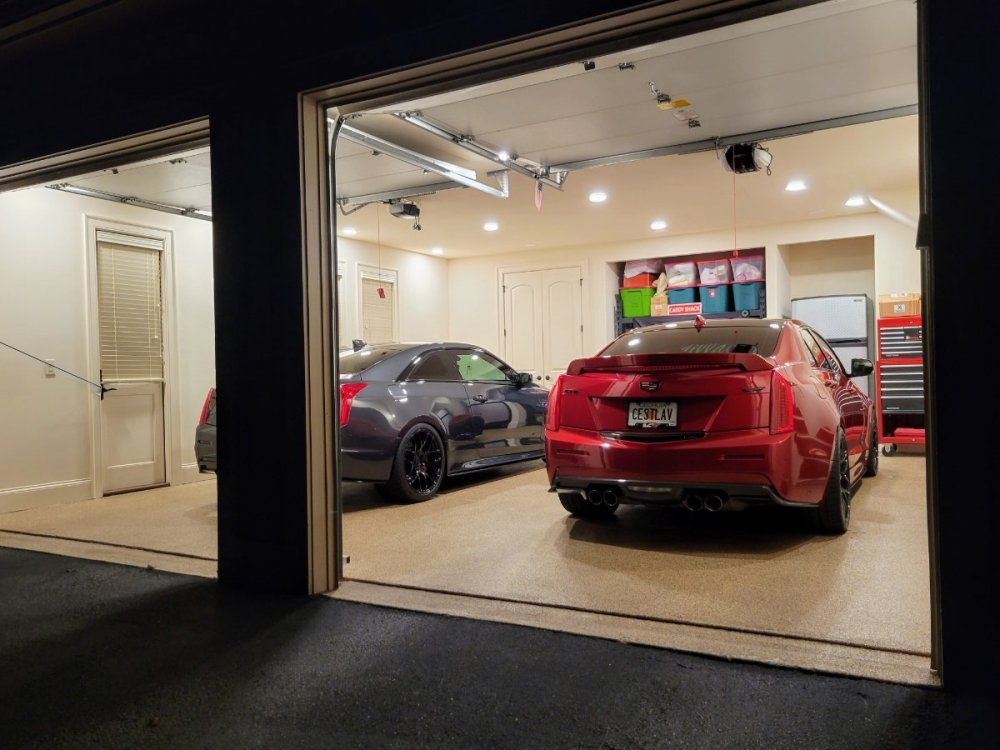 What you probably notice in the picture are the shelves to the right of the red car. Those are built in so they are going to be ripped out as they are in the way when opening the car doors. So those will all come out and I’ve decided to replace the tub sink with a small vanity and sink. I’m not going for the industrial look and I want to hide the pipes etc.. 🙂 That needs to be done before the floors go down, so I need to search for something that will work in that spot. I love having a sink out there but don’t like the look of the one that is there. 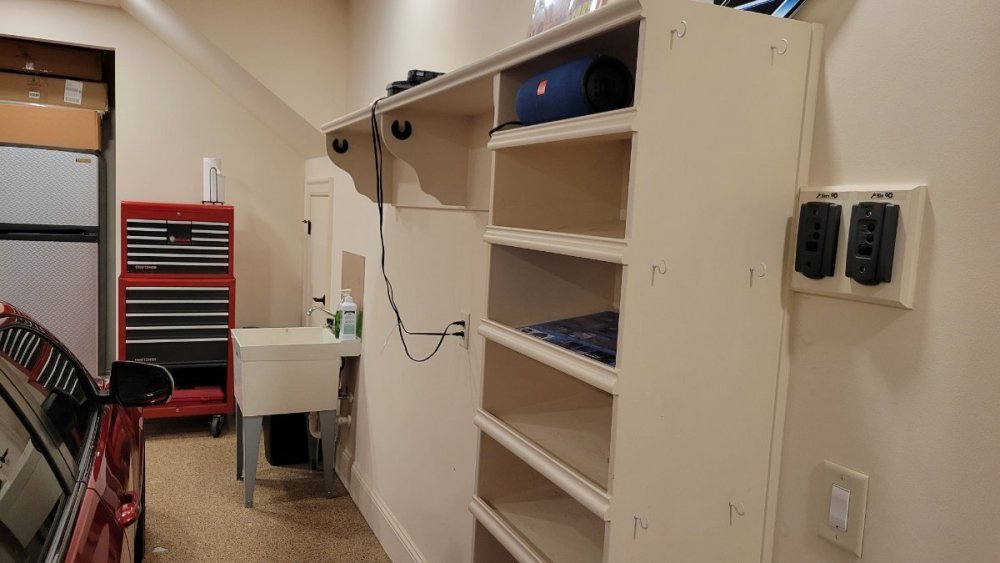 We have one area in the back of the garage that we need to cover up. I’ve debated the best way of doing that and considered doors and other things like that, but it’s such a large opening (83″ wide and 97″ tall) that doors would become impractical. 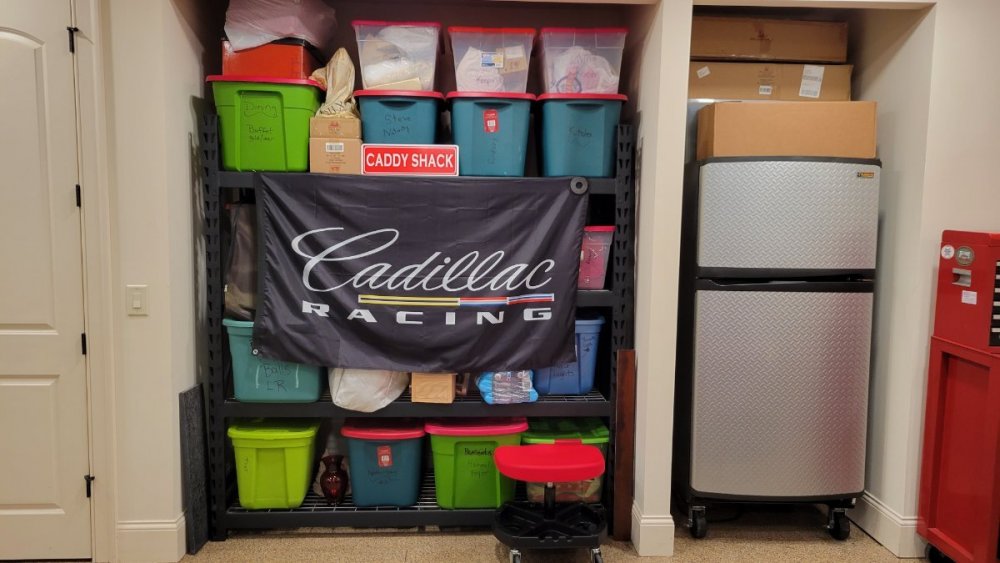 In my searching I found a company that makes curtains in custom sizes and they have some that are race related.

So I’ve decided to go that route for now. I’ll have a custom curtain (1 panel) made to fit the opening.

I have other accessories planned, there is a piece of neon (a nice garage HAS to have some neon!) that I’ll be ordering (below), 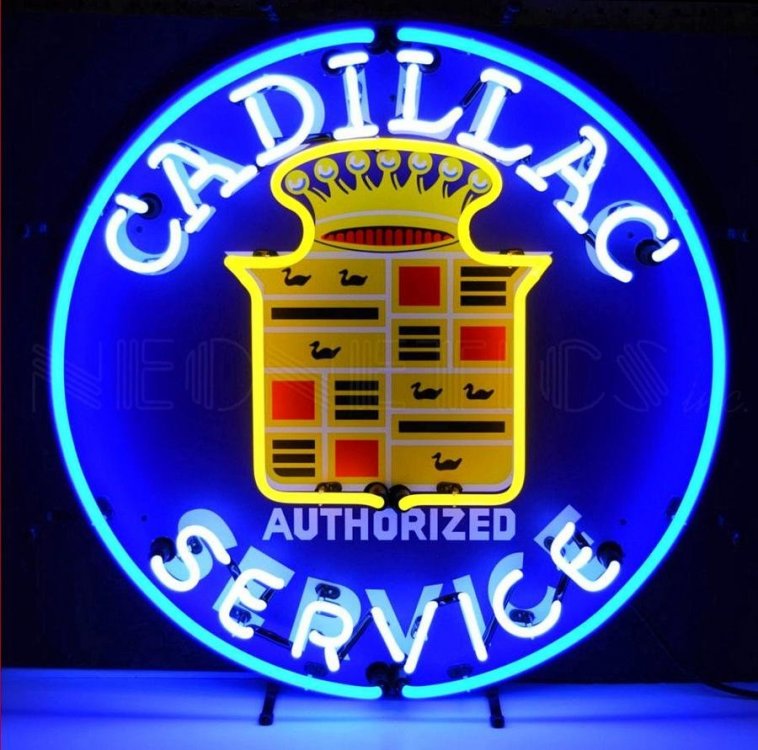 as well as a few other car and garage related clock, signs, etc. 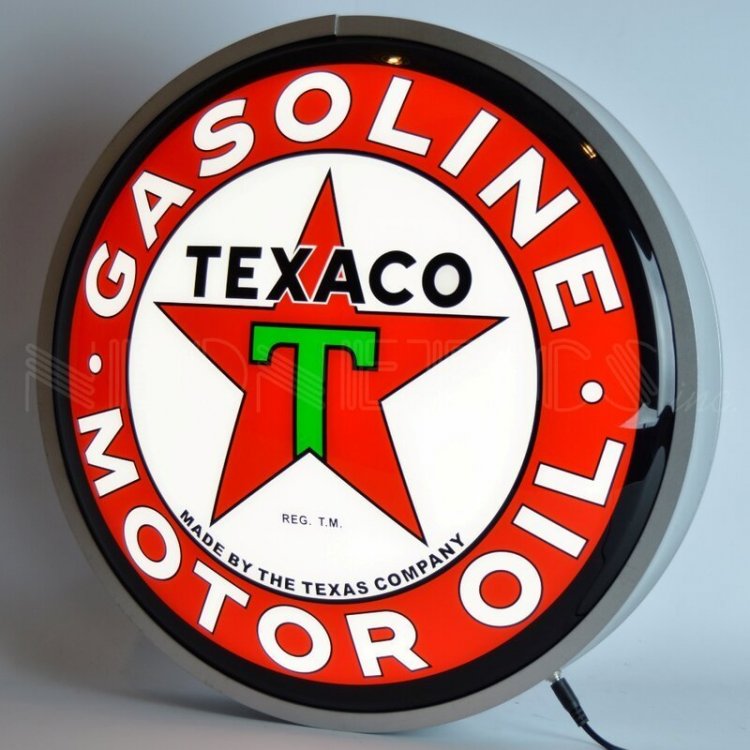 I’ll add more information in the comments as we start the work on the garage.