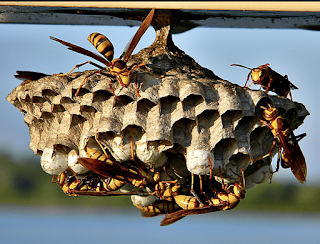 The subject of this posting is the insect not white Anglo-Saxon Protestants.

The United States is in danger of losing the ability to produce anti-venom for wasp and other insect stings. As usual, the government seems to be part of the problem. Even though the United States and Europe now have effective treatments, if we brought over Europe’s anti-venom across the Atlantic this fascinating article states:

…The FDA would likely require “multimillion-dollar clinical trials involving sting challenges,” says Golden, referring to the act of intentionally stinging people by holding a yellow jacket, for example, on the arm of a volunteer until it stings them, which comes with the risk of anaphylaxis. “So, we’re stuck,” he says.

I recommend reading the entire article if you or someone who know has allergic reactions to insect bites.

For Planet Earth, No Tourism is a Curse and a Blessing