The devil is in the details.

Okay which is it?

Makes all the difference.

Remember that the GFS takes this West and puts Lows on the map everywhere, dancing around as in “everyone is gonna get some” and the EURO takes a more truly tropical system out of the Caribbean that lights the spark for the powder keg that’s sitting there in the Bahamas and over fairly warm water then develops what would probably the more tropical system… and does a more consistent with November sort of track away from land. But there are no guarantees on track or location of development currently. Kind of like when you buy something online and the moment after you realize something was added in and you contact them and seconds later  they tell you that once ordered it can’t be returned and you figure you’ll use it as a gift for someone else. Point of this all too common story is…….you are going to get whatever you get whether it was forecast or not whether you were hoping for rain or not and you better figure out how to wrap your head around it and know that some places in Florida (and later elsewhere) may get a tropical system that they did not order thinking for sure it was supposed to be a hybrid or a subtropical.

A system forms and catches a front NE or even ENE out of the Caribbean and it’s gone!

Or a system forms and traipse back and forth and all around Florida and everyone gets some weather or watches and warnings and some people get it way worse than others. 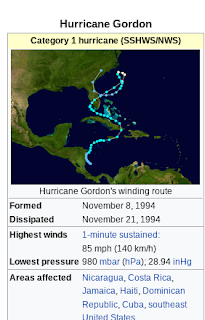 This is nothing new under the November sun as you can see in the image above for a November tropical system in 1994 that drove forecastes a bit crazy. So if you think the models don’t make any sense crisscossing Florida and back again know that there lots of previous storms over many years have done the same odd dance. And, you just gotta deal with it!

Models for this morning for what could be Nicole are shown below, but know the models change constantly and they are only a shot in the dark at trying to give the best information they have been programmed to present and eventually it all becomes clear. For now if you live in Florida know that something may threaten to come and visit with a name and may actually crash your party. Hurricane Season isn’t done with us yet. 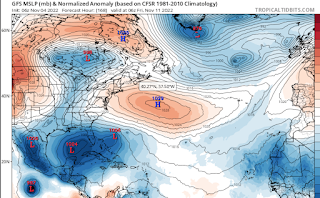 Oh EPAC got action check that out.

Blocking High to the North on Nov 11th. 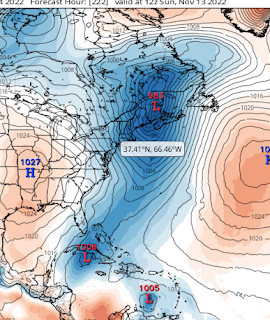 One low goes away with the front.

A new low pops up in the Carib. 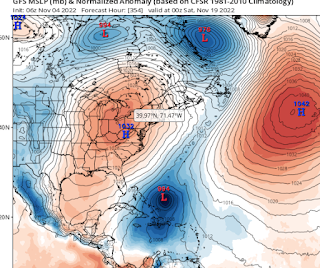 GFS…. takes a November Track up over islands.

away from Florida and landfall

Let’s go back to short term. 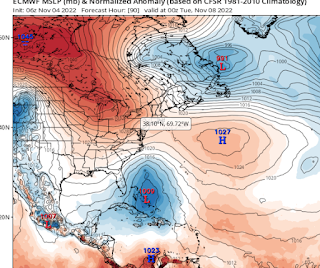 Nothing is set in stone.

November brings systems up from the Caribbean.

They don’t go to Louisiana or Texas.

…programmed to transport energy North to the Poles.

They do this best this time of year.

It also helps flip the pattern.

After Ian…we had a brief cool spell.

What goes up on the right side…

..often triggers air coming down on the left side. 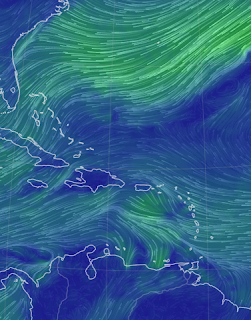 Connect the dots or isobars. 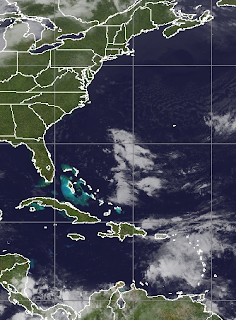 Wave down in the Caribbean.

Area off the Bahamas.