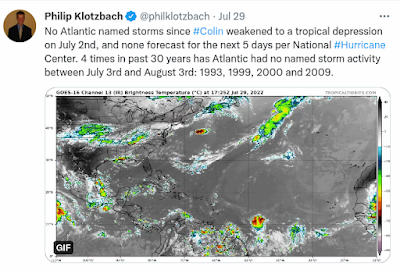 Phil Klotzbach tweeted this tweet about certain hurricane seasons that had no named storms since July 2nd for a 30 day period. It’s common for the tropics to go quiet in July. One year mentioned is 1999 a year I have thought on much recently. 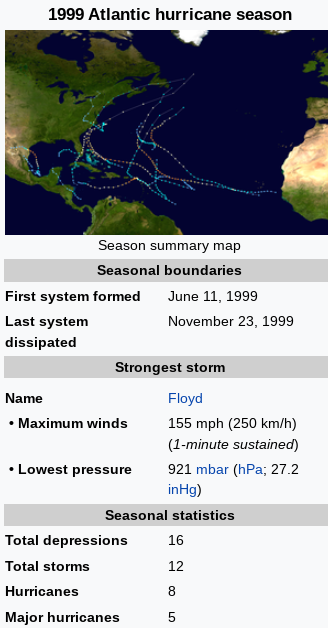 For weeks through July and into August. 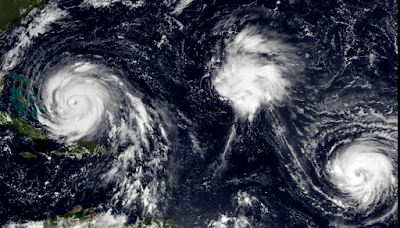 This Iconic picture shows storms in a crowded basin!

Yes most of July, Halfway into August. 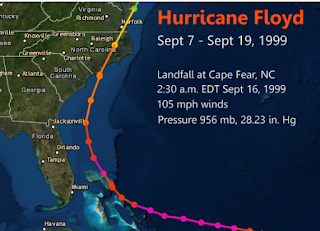 The flooding in Kentucky hits me hard.

Flooding is the worst!

Every hurricane season there is this risk….

Not on a beach near landfall so they think they are safe.

Then Floyd, Matthew and Florence came along.

Whether you live in a holler or a river flood basin…

… the risk of Flash Flooding is horrific!!

Miami got lucky. NC did not! 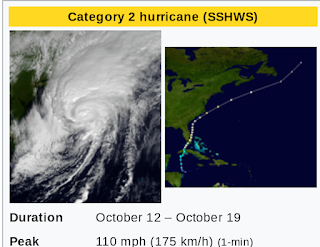 But on today’s date in history…

That’s what I call an old fashioned hurricane season! 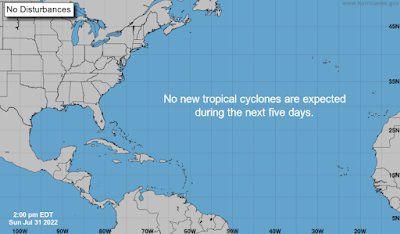 NHC says Nothing for 5 days.