A very busy day in progress, so I’m going to cut to the chase and try to reach as many of you as possible.

Most of us are now under an Ice Storm Warning (counties in purple below). This includes Memphis and Shelby County and most of the greater metro. This warning is issued when there is reasonable confidence that at least one-quarter of an inch of ice (freezing rain) will fall, resulting in significant disruption to travel and commerce and threatening to life and property.

The blue shaded counties (Tate and Marshall in the greater metro) are under a Winter Weather Advisory with lesser amounts of ice forecast, specifically up to 0.20″.

What type of precipitation and when?

Temperatures have started falling off their highs in the upper 30s to near 40 degrees and will continue to slowly regress. I expect northwestern areas of the metro (Crittenden/Tipton) to be at freezing around sunset. For Shelby County and the rest of the metro, it will likely be down to 32 degrees by 7-10pm this evening. Any precipitation that falls after that time will be in a wintry form. 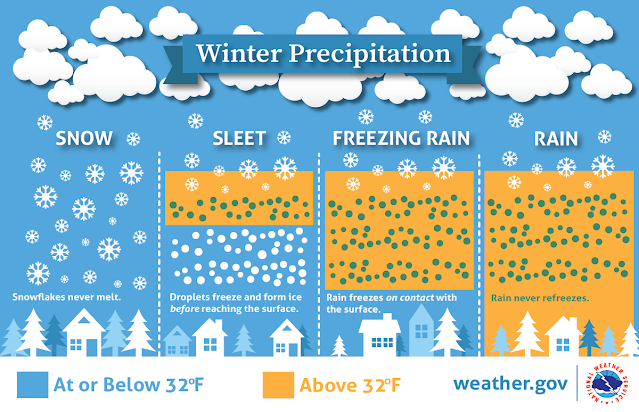 Because temperatures above about 2000 feet will be well above freezing, the precipitation will fall as rain. Because surface temperatures will be below freezing, once it hits the ground precipitation will freeze on whatever it touches that is at or below 32 degrees. This is freezing rain (or ice), and it is the most dangerous type of winter precipitation. Freezing rain accumulates ice on exposed objects, tree branches, power lines, vehicles, elevated surfaces like overpasses and bridges, and eventually regular road surfaces. The most likely time for freezing rain to occur is between 10pm tonight and 1pm Thursday. The heaviest will occur between about 4am-10am.

Confidence has increased in the warned counties to expect that more than 1/4″ of freezing rain will accumulate. Some areas to the north of Memphis (Tipton County and points north and west) could see a 1/2″ of ice during this event. Some models are even showing up to 3/4″-1″ of ice. We feel that that is a very low chance of occurrence.

One of the saving graces of moderate to heavy freezing rain is that it tends to runoff well and not accumulate. In other words, moving water doesn’t freeze as quickly as standing water, especially with a temperature just below freezing. If it is coming down fast, it simply runs into the gutters and storm drains. This is one reason I expect that actual ice accumulation on objects could be less than the amount that actually falls. I hope I am right!

What are the impacts and for how long?

The impacts from a moderate ice storm are many, but not as great as say the Ice Storm of 1994 some of you remember (which actually occurred 27 years ago today), which produced well over an inch of ice and left 300,000 MLGW customers without power, some for weeks. The main concerns are:

All of these are entirely possible given the potential of the storm. In particular, I highly discourage unnecessary travel after midnight tonight through most of Thursday. If you have to cross a bridge or overpass, it could be a real challenge, particularly Thursday morning.  Power outages are likely; we just have to hope they are minimal and able to be rectified quickly. 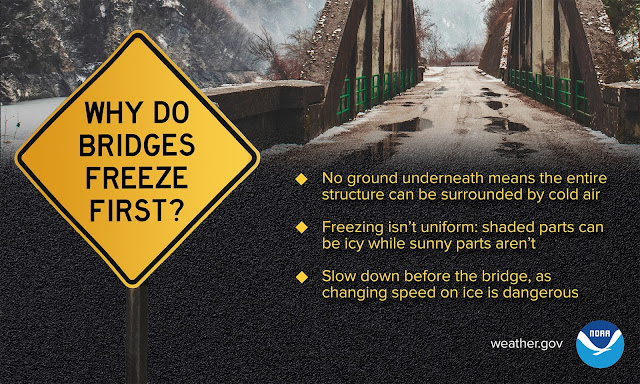 Starting tonight, except for perhaps a couple hours tomorrow afternoon, we will not see temperatures back above freezing until likely the middle of next week, as an Arctic blast moves in. Consider this when preparing for the storm. There also won’t be a lot of sunshine to help melt ice, particularly in normally shady spots. Even with reduced travel, I expect primary roadways to improve by Friday, if not before. Secondary roads may need another day. 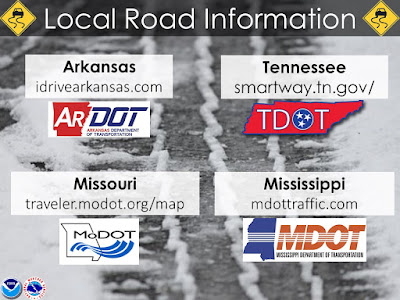 Once this event moves into the rearview mirror, we’ll look ahead to early next week when another potentially potent system moves through the Arctic airmass entrenched over the Mid-South!