The forecast is updated. Not many changes to this package. The piece of uncertainty is the timing of the rain/storms late in the week. The GFS brings the rain in faster on Thursday night into early Friday. The European brings it in on Friday morning lasting through the day. Neither model is especially bullish on rainfall amounts now, with the GFS predicting up to a half-inch, and the European even less. Both seem to be honing on the western half of the state as having the best rain chances. We will be monitoring.

We started the day will a fairly thick stratus cloud deck across parts of North and North Central Alabama. That has been breaking up into a nice stratocumulus field as we have gone through the moring and surface heating has eroded it. That trend should continue into early afternoon with all areas becoming mostly sunny by early afternoon.

Temperatures are currently in the upper 50s in the cloudier areas and lower 60s elsewhere across Northwest and Central Alabama. 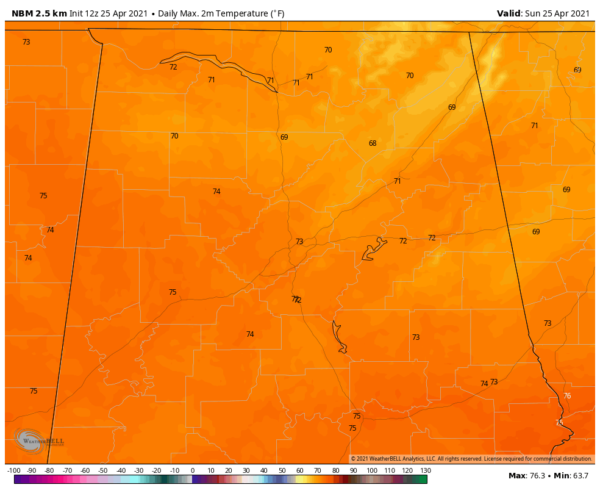 Tonight will be comfortably cool with lows in the middle and upper 40s. The Birmingham Heat Island may not drop below 50F. 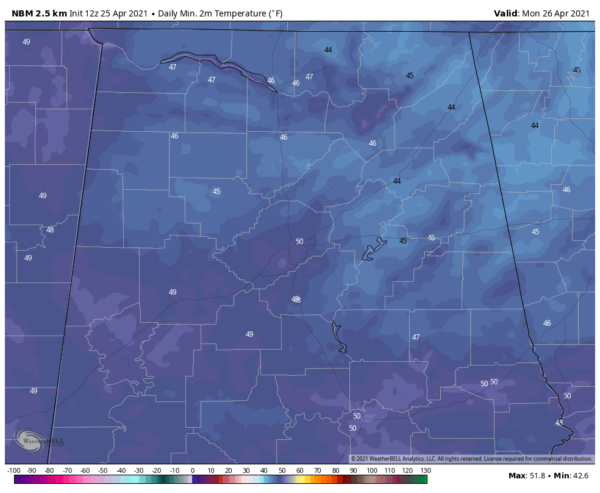 Get ready for some warm weather in the coming week. Highs on Monday will reach the lower 80s, with middle 80s for Tuesday and Wednesday. Thursday will see more in the way of clouds, but highs will still reach 80F. Rain and storms return at some point late Thursday into Friday, as referenced above.