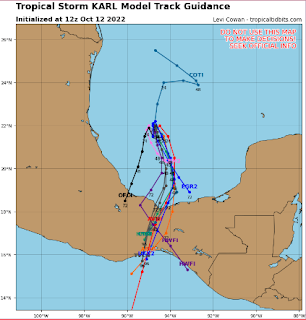 Stuck in the BOC…

Filling up the GOM due to shear. 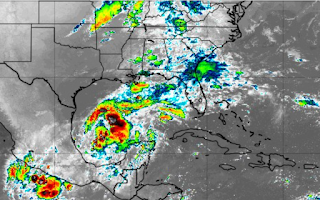 You can see this in the image above.

Draw a line NE across the Gulf of Mexico. 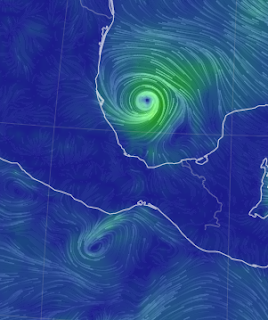 I don’t want to say the NHC kind of blew this but obviously I am. Julia did move West but the other part of her wandeerd away and this was always on the table but dismissed as a possibility. And, as always they can put up a new yellow X which they did but time line was off and it should have been more obvious this would happen.

Generally storms have two options here. Loop about a bit in BOC and then make landfall in Mexico. Or they get picked up as very sheared systems and try and move back towards the NE or ENE even towards Florida. And, sometimes like with Karl the moisture sling shots off towards Florida because of the shear and eventually when the steering currents become more set in stone the storm crashes down into Mexico again.  Or you know if this October feels like late October/November they find a way to stay alive but not really moving much and just spinning. Looks like Fall but feels like Winter is closer than we thought this year. 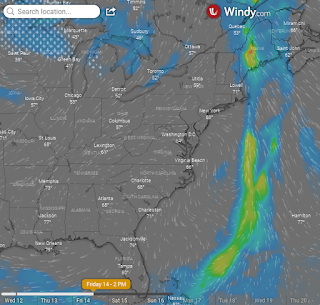 Look at that cold front from Windy.com

Models have been pulling “East” as per NHC.

Discussion had  lots of dance steps this morning.

You know how the warning on the cone says…

..impacts outside the cone.

I think we need to look at a weak tropical storm as a weather maker and in this case moisture flying away from Karl is enhancing rainfall in the Gulf of Mexico especially in Florida. And, with fronts coming down it’s also an issue as when cooler air hits warm moist air it ups the ante for severe weather somewhere along the frontal boundary. And, all of that while Karl sits spinning closer to land in the Bay of Campeche. IF Karl was a well developed system things would be different. But it’s not and it is what it is and that means shear is picking moisture up and flinging it towards Florida in bits and pieces. 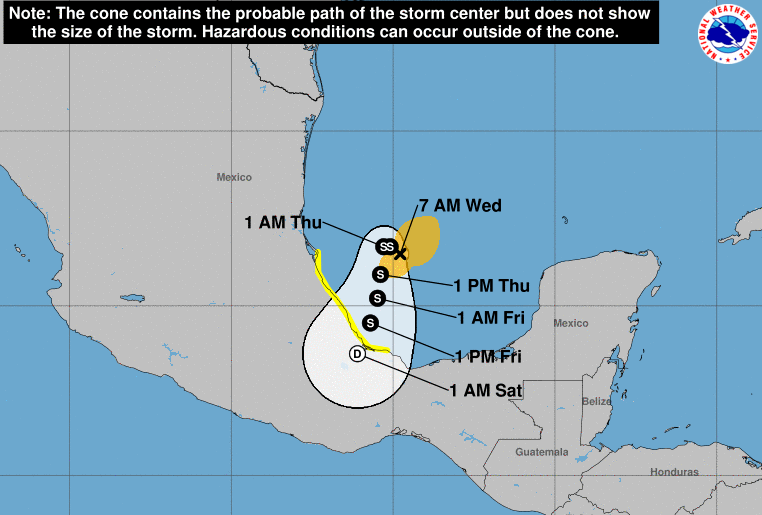 This time of year storms get “funny”

….and this year cold fronts are STRONG!

An old favorite song of mine from way back when. There’s pieces of Julia everywhere and yet you can see on Earthnull Karl has a “center” and that’s something. No one wanted Julia or Karl after Ian, people want it to go away fast and yet Karl won’t. There’s a piece of energy in the East Pac from Julia and a piece in the BOC known as Karl and pieces of Karl’s moisture flying off to the NE. Stay tuned. Here’s my morning song for you reading this wherever you are …