The quote with video is here. He said: “We need to remove the carbon dioxide from the atmosphere.”

Carbon dioxide, along with oxygen, are the essential atmospheric elements to life on earth. Without them all life — humans, animals, plants — ceases. This is just another example of how incredibly unscientific the catastrophic global warming moment has become.
We have record agricultural production with almost no meteorological famine and Kerry wants to screw with that? The existing CO2 may even be a bit of an “insurance policy” against future climatological cold spells such as the one that occurred in the middle of the 20th Century (see graph below). That said, there are good reasons to slow the future rate of carbon flowing into the atmosphere because too much additional warming could be a bad thing. That should be done via nuclear power for electricity generation.
Last week, I received another email with the “cooler earth” slogan. 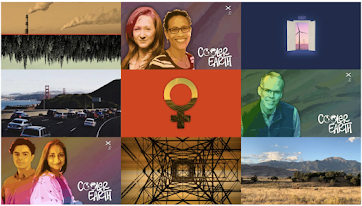 Be careful what you wish for!!

Yes, in 1970, the horrific Bhola Cyclone (Indian Ocean name for a hurricane) killed more than a half million people.

Yet Bill Gates and others want to return us to that awful era!!

In terms of potential deaths, this is the worst idea in the history of mankind. In 1970, the population of earth was 3.7 billion. Today, it is 7.9 billion. If earth’s temperatures were to drop 1°F, we almost certainly could not grow enough food. Millions would starve. Humanity has triumphed over the era of the “Population Bomb.” Attempting to return to that era would be immortality on Nazi scale.

It scares me to death that these scientifically ignorant people are running our national climate policy. As I’ve discussed in previous blog postings, the Supreme Court’s Sullivan v New York Times decision has for decades allowed the media to smear people without fear of repercussion. So, for the most part, good people no longer run for office because they don’t want to have their families dragged through the mud. The result is we now generally get people who are hungry for power or money or both.
Please write your representatives — today — letting them know you are strongly against this “dimming the sun” concept.
I would recommend also writing them to change U.S.’s libel law but that will never happen because the current system favors incumbents.
Copyright 2021 Mike Smith Enterprises, LLC