Comments: Eight dates recorded low temperatures at or below freezing versus an average of 14.5. The average temperature for the month ended 39th warmest in the 147 year historical record.

Comments: Snow flurries were also recorded on the 7th and 15th. 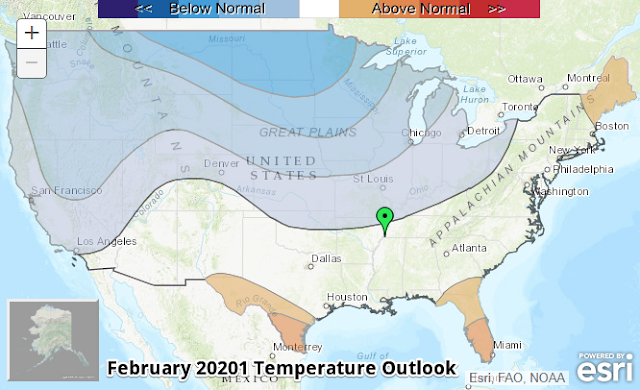 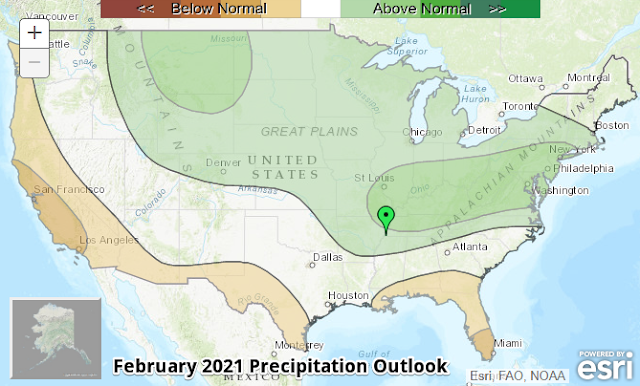 Precipitation is expected to be above normal across much of the northern and eastern U.S., particularly the Ohio Valley into the Mid-Atlantic and southern New England. Below average precipitation is forecast along the Pacific coast and coastal southeast in February. For Memphis, odds favor above average rainfall (a 40% chance) versus only a 27% chance of below average rainfall. Precipitation historically averages 4.39 inches.