Disturbingly, a few prominent public scientists are parroting these claims, suggesting that the cold waves are examples of “global weirding” caused by greenhouse warming.

Such claims are demonstrably untrue and can be easily proven to be untrue.

The facts are clear:

Consider this graph from U.S. EPA website showing the trend in cold waves from 1910 to now over the lower 48 states.  There are LESS cold waves. 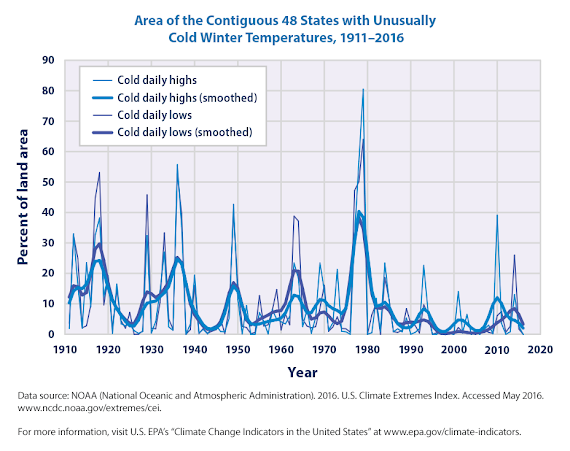 Or a map of the changes in cold waves from 1948 to 2015.  Red downward arrows (reduced cold waves) are dominant across the U.S., particularly in the western U.S. 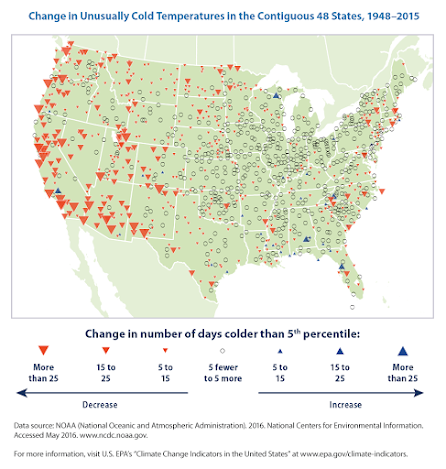 Let’s turn to Texas.  Here is a plot of minimum temperature for February for the entire state from a NOAA Climate website for the past 130 years.  The monthly minima are getting higher as the planet warms.  Less cold waves. 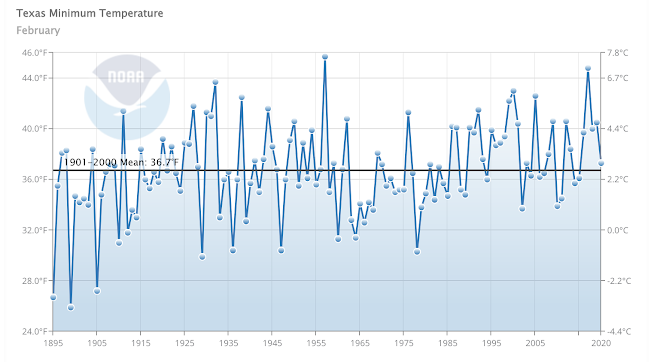 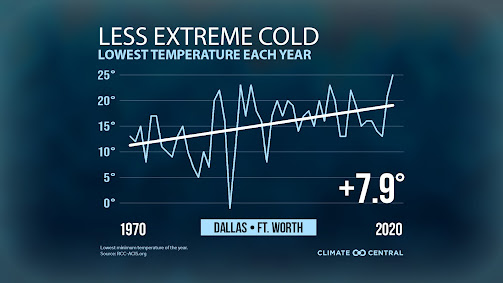 Rising minimum temperatures and DECREASED cold waves are the expected sign of global warming.  This is particularly true of the central and eastern U.S.

Why?  Because the source of the cold air in U.S. cold waves is the Arctic and the Arctic is warming more quickly as greenhouse gases warm the planet.  To show you this, here is plot of surface temperature change over the past 50 years.  The Arctic is warming more quickly than any other place, something duplicated by models and expected by physical reasoning (for example, that is where sea ice is melting most rapidly). 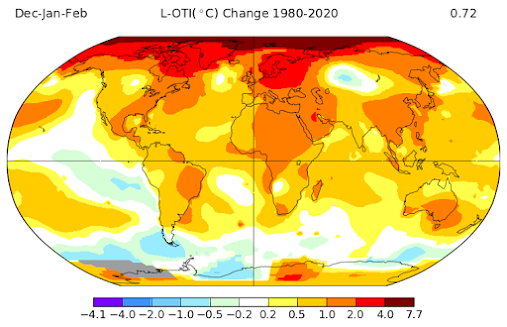 The cold air that plummets into the central North America comes from the Canadian Arctic, something you can see in the maps below that show temperatures at around 5000 ft. on Feb.11 and  Feb. 15.  The blue and purple areas are regions that are much colder than normal. 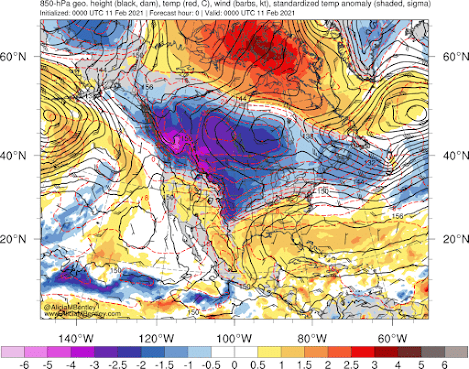 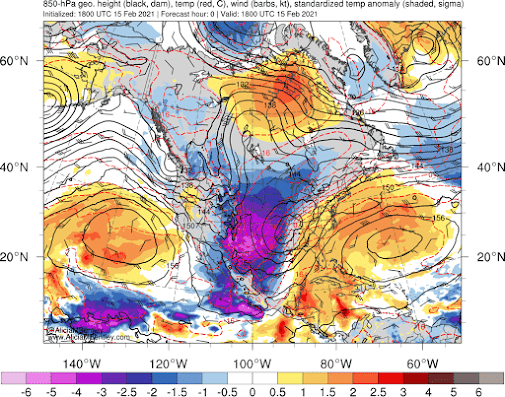 So a warming Arctic naturally leads to lesser cold waves.

Some individuals claiming that global warming causes more cold waves suggest that the cold waves are enhanced by a “lazy” jet stream, weakened by global warming.   But careful studies in the peer reviewed literature (e.g. this one) have debunked this idea.

What is most disturbing to me is that so many media outlets are headlining a claim that is so obviously wrong.  How can society make rational decisions when the public is being misinformed about such important matters? 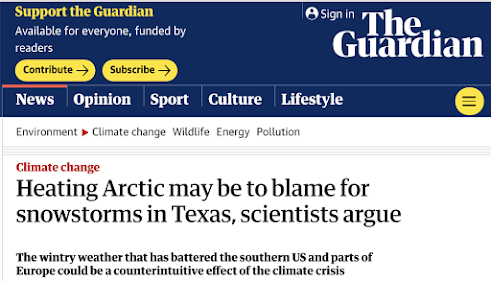