Wait Until You Receive Your

Since that was posted the number of Texas homes and businesses without power has more than doubled. Below is the latest chart from showing power outages across the nation. 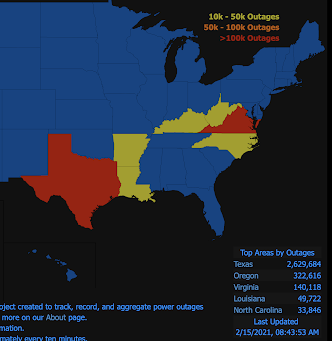 In Texas, the number is more than 2.6 million which means more than 8.1 million people are without power in that state alone! The primary reason is the billions spent on wind power are a complete waste of money in extreme cold (and, often, in extreme heat). Texas is the #1 state for wind power (accounting for 17% of capacity) but the turbines freeze in damp, cold weather. 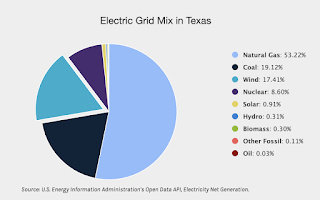 That electrical generation capacity is not available this morning.

Kansas is the #2 state for wind power with quite a bit of wind capacity in neighboring Nebraska and Colorado. Little, if any, power is coming from the western part of Kansas. 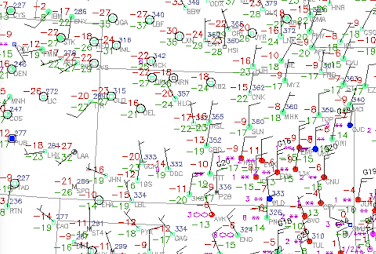 This is a type of weather map known as a “surface chart.” Because it is rather technical, I don’t post them on the blog very often. But I wanted to show you the record temperatures over the High Plains. Lexington, Nebraska, is currently -30 and Julesburg, Colorado, has also reached that value this morning. The extreme cold has created extreme demand for electricity.

However take a close look at the black circles. Those are calm winds at that weather station. You will also see lines with half a wind “barb.” Those are winds of about 5 mph, which are too light to turn the turbines. This area is packed with wind turbines and they are not generating electricity this morning.

Wind turbines only operate when wind speeds are between 6 and 26 miles per hour.

Not only are people suffering from power outages this morning but wait until you see your February electric bill. The wholesale cost of megawatts has been, at times, more than 100 times the normal cost. Why? The lack of capacity. All of this will be passed along to consumers.

This could have been avoided if we had been installing nuclear or natural gas generation. Instead, we have spent billions installing politically correct, but highly unreliable, wind power.