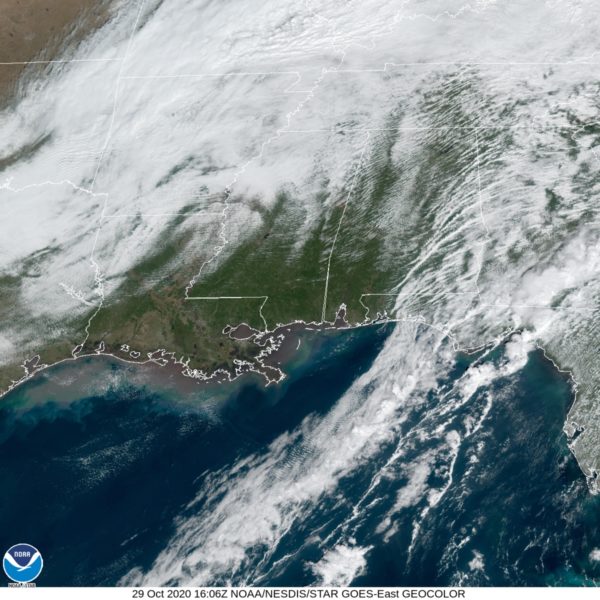 As of 11:20 am, we may have a few sprinkles or light showers falling over the northeast corner of North/Central Alabama, especially close to the Alabama/Georgis State Line. The rest of the area has a mix of sun and clouds. Temperatures are in the mid-60s to the lower 80s across the area. The cool spot is Cullman at 66 degrees. Troy is the warm spot at 82 degrees. Birmingham was sitting at 71 degrees. A few of the reporting stations may be down due to the effects of Zeta.

Friday will start off with some clouds, but those will be decreasing throughout the day. We’ll be dry and cool across the area with afternoon highs only reaching the upper 50s to the upper 60s. Much of the same story for your Saturday, but temperatures will be a little warmer, reaching the mid-60s to the lower 70s. Look for temperatures to be in the mid-50s to the lower 60s for those who will be venturing out for trick-or-treating. 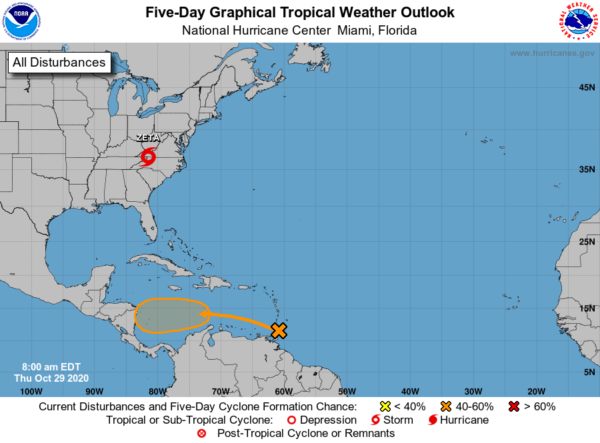 THE TROPICS
As of the 10:00 am update, Tropical Storm Zeta was located about 100 miles northeast of Ashville, North Carolina, and was zipping along to the northeast at 48 MPH. Winds are at 50 MPH and pressure is at 990 MB. An even faster northeastward motion is expected later today, followed by a rapid east-northeastward motion tonight and Friday. On the forecast track, the center of Zeta will move across the Mid-Atlantic states this afternoon and emerge over the western Atlantic by tonight. Zeta is expected to become a non-tropical gale-force low later today. The low should become absorbed by a frontal system over the western Atlantic by Friday night.

We also have a large area of disturbed weather moving from the tropical Atlantic across the Lesser Antilles and into the eastern Caribbean Sea is associated with a pair of tropical waves. Upper-level winds are expected to become more conducive for development of this disturbance during the next couple of days, and a tropical depression could form over the weekend or early next week while the system moves westward across the central and western Caribbean Sea. If this becomes a tropical storm, its name would be Eta. Formation chance through 48 hours is low at 20%; however, formation chance through 5 days is medium at 60%.