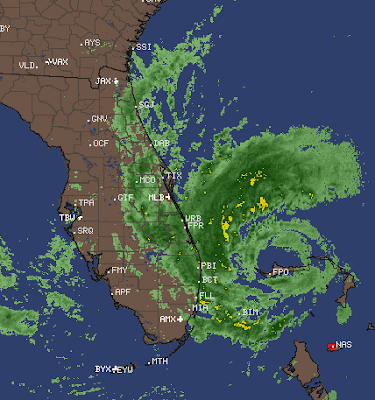 Weather already coming on shore along the coast

Actually has been all day!

NOTE… more WEATHER on N side of eye!

I was at the beach today, I’m wiped, happy and elated as the winds were as strong as I hoped and I mean nonstop constant not just gusts, gusts were in the high 30s and as the winds were running parralel to beach from North to South the sand was flying down the beach along with sea foam. The sand was flowing with the wind I’ve never seen clusters of sea foam move that fast that far! My hand hurts from holding onto the phone on the pier catching video. Winds connected to the gradient from the high pressure/post front and Nicole to the South. 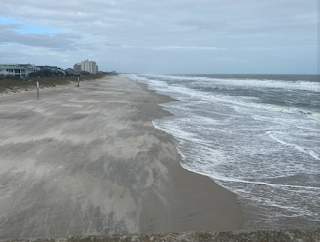 Looking N… the variations in color on the sand…

…is from where winds stipped away the sand.

And where high tide took water.

According to Matt who owns the Pier.

And watched it happen in real time.

Weather ticker at the pier shows the current wind speed! This is from a video…

sand was flying in the wind.

..with hoodie over eyes 🙂

to get the video.

TWC says they are showing it…

More wild standing there, but I digress. 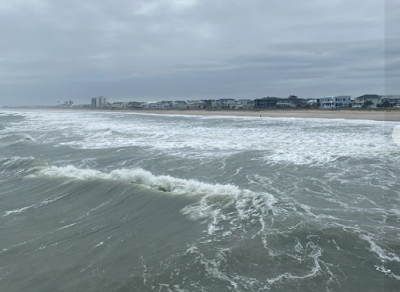 And end of the pier…  concrete pier.

Looking back towards the beach. 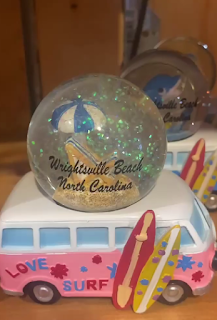 https://en.wikipedia.org/wiki/Wrightsville_Beach,_North_Carolina The pier was rebuilt after Bertha and Fran. It’s 1,200 feet out into the water …. wild views.  Wild wind, only one sole man fishing named Robert from NE.  To see the pier empty is seriously wild in itself, just some walking out a bit and running back into the building. 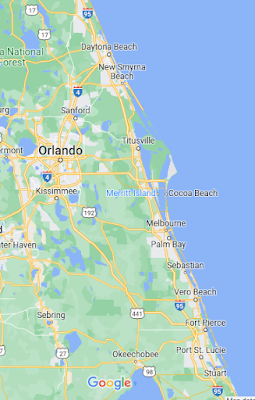 So the bottom line with Nicole is that it should make landfall near Port St. Lucie but could jog more to the South and come in North of WPB or further up the coast in Melbourne… Palm Bay area. BUT… strong surf to the North of the eyewall will rip apart areas further to the North such as Daytona Beach and every little community along the way where people live close to the beautiful ocean …that rarely gets a direct hit. Martin County should get strong winds. Then it crosses the state and Orlando can get hit AGAIN this year by a hurricane as it was by Ian.

BUT……….this is NOT Ian.  Nicole is fairly dry, though it will ramp up some over land I believe and flooding should mostly be by the ocean and inlets where water rushes in and spills over onto streets near the beach. This is not a storm surge such as Fort Myers Beach, it’s not a wind storm like Andrew, it’s Nicole and mostly the main dangers are high winds, tornadoes, high surf, storm surge, coastal flooding and beach erosion.  But there is a storm surge and the gradient has been strong for days so the water is piling up between high tides and it’s a mess at the beaches.

Once up into Georgia when Nicole travels near the Blue Ridge Mountains and the Southern edge of the Appalachian Trail due to elevation in the mountains the risk of tornadoes and flash flooding go up and the Applachians have a long history of flash flooding from hurricanes that’s remnants moved North with a front up into the beautiful mountains. I hope not. I really hope not, but hoping and wishing don’t make it so.

Below is a discussion of various Hurricane Maps from various agencies and why some people prefer one to the other they all work off of the same hard data… location of hurricane, wind speed, size of wind field, etc. I mention different maps, so showing you why I use differnet maps vs just the Cone that’s available everywhere. 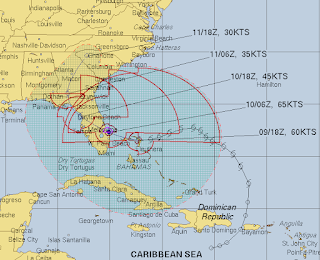 Leading with this “cone” of sorts from NRL.

Why I love this map more than the iconic Cone is because it shows all areas that could get some sort of impact from a storm be it Small Craft Warnings, Gales, high surf …weather but the red outlines is the actual area where the Tropical Storm force or Hurricane force winds are and that is important with Nicole. And, this explains why there are no Hurricane or Tropical Storm Warnings in some places to the South of the Cone even though as the crow flies they are rather close to where Nicole makes landfall.  Wind wise it’s a top heavy storm and there are strong winds to the right (East) of the storm as well. Now, note up by Panana the Beach the half semi circle is on the South side of the storm as shear from the front on the North side will erode away the North part of it more. I believe that’s why. I’ve been at the beach all day, I’m wind blown and haven’t taken a shower as I’m kind of enjoying the sand in my hair and Lord knows where else from being sand blasted in 31 MPH winds gusting up to 38 MPH according to the weather station at the pier. Note image below blown up from this cone near Panama Beach. A few waves did rush over my Sketchers which stayed fairly dry go figure!

Close up of the part I mentioned

Shows where weather may happen. 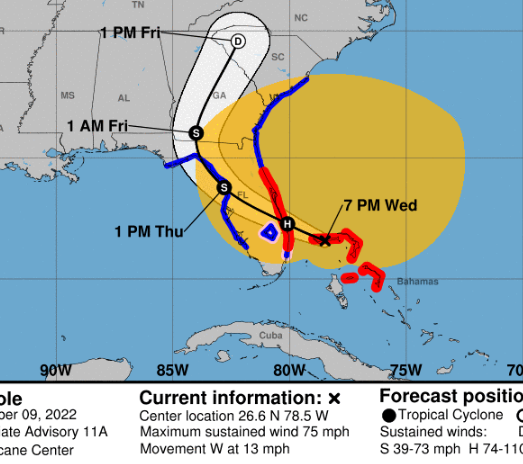 Far from the center of the cone. 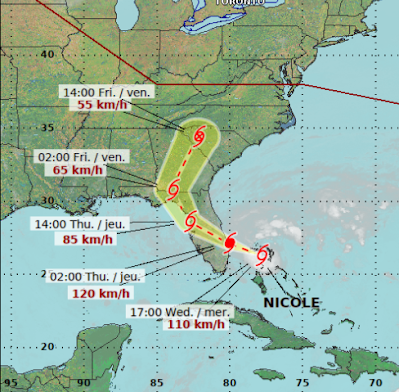 In this case elevation is important.

As Nicole moves up into the mountains…

Also tornado concerns there as well. 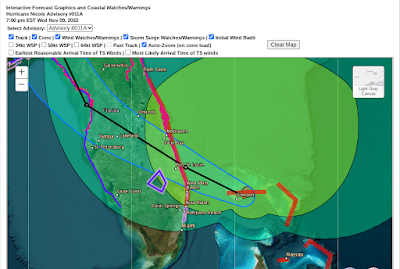 This is the Interactive map from the NHC.

It’s a great map, it can be confusing.

I’ll link to it at the bottom.

You can click on your location down to street level!

Note how far East wind warnings are for TS winds 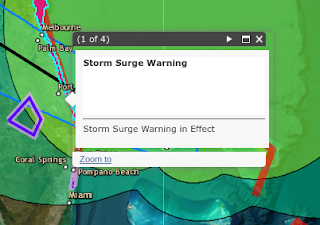 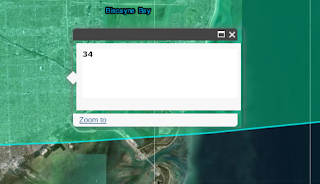 My kids who live in on the Miami River downtown.

They can have strong winds.

It’s a good map but you need to learn it.

They are all good. Use what works for you!

Interactive link and know there are so many maps, graphs and data at the NHC site, use it! It is a wonderful product, sometimes confusing.  The Cone is highlighted but also it has areas not in the Cone that have various warnings important to know about and even more so if you live near the beach or a river that is prone to rising in a storm, even a low end tropical storm or hurricane.

A plethora of maps at the NHC.