Oh Zeta… Where are you going? 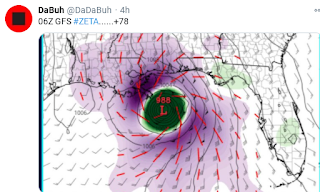 Where Zeta is forecast to be eventually.

Where it is now. 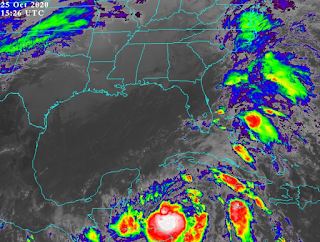 Almost looks like the base of a trough doesn’t it?

Next trof up towards NW

The finish line as of Sunday Morning below. 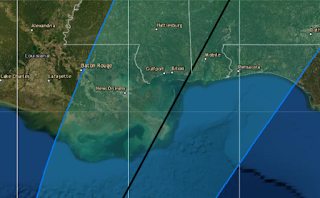 Can compare and contrast later..

The Iconic Vanilla Cone below.

No sprinkles, no sauce. 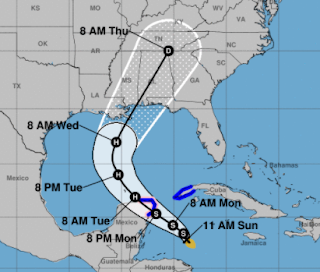 Because every city matters! 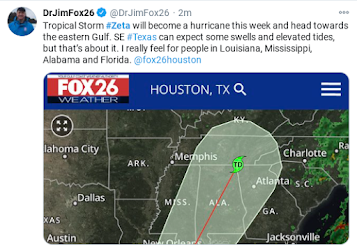 But when a front mixed up with a tropical system…

…moves towards the Appalachians inland.

It can add an extra layer of misery. 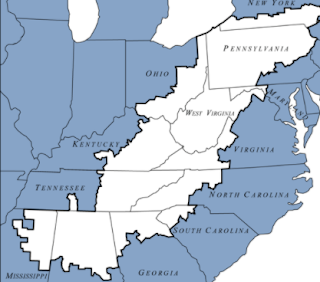 If you are unsure where that is…

…it’s really not just the South.

Anywhere that elevation plays a role in life.

Leaving that there to read it later …

…i so love geography!

So this is my issue with the forecast.

It’s been backing up vs moving forward.

Why? It’s in a nice safe spot.

Why would it want to leave just now?

Eventually a front dips down

PULLS IT FAST up towards the GOM.

My thoughts explaining this below. 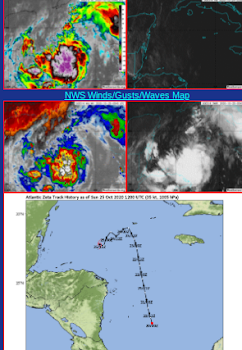 Models show the next chapter in this Greek Drama. 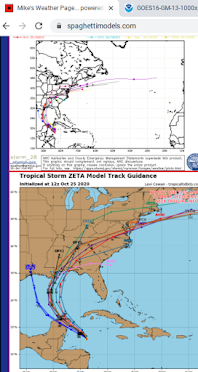 So why did I bring up the Applachians? 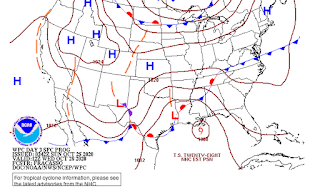 Check that out… about to make landfall.

Absorbed by the front. 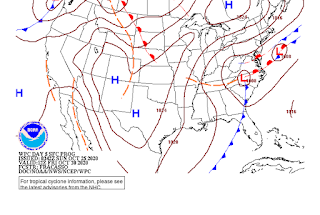 The good news is it’s forecast to move fast.

Localized flooding can be a problem..

…when you deal with elevation.

My botton line with Zeta on Sunday at Noon is I’m not 100% sure what it will do as we are getting way deep into late October and this is looking more like a November system that more likely does what it wants, what the atmosphere allows and surprises are often an issue this time of year both politicaly and weather wise.  It could get strong fast where it is or upwelling could become a problem as it is barely moving or it can keep backing up and the ledge of Central America could become more of a problem than the tip of the Yucatan. Not to say I’m not a believer of the end game trip North but it’s too busy tailgating to care about the start of the game if you know what I mean?

And if it doesn’t develop into a beautiful, tightly wound up system then the shear from the approaching front will lift the weather away from Zeta and dump it to the East towards Florida and tornadoes are very prone to develop in systems that aren’t formed well and merging with a cold front. Because when all that warm tropical air meets the cold, dry air of the front …something’s gotta give. It’s a perfect set up for Severe Weather.

Stay tuned and watch for any deviation from the forecast movement by the NHC because every cone gets adjusted in real time and by the time it gets to where it’s going…. we may need some sprinkles and whipped cream… miniature candy corn even!

Ps… another system is forecast to develop after this one in the same general area but different name, different front, different time on the calendar. Come Monday… late in the day… we should know more about what Zeta will or won’t do. But for today… have a really wonderful, happy Sunday making memories and hopefully doing what you want to do vs what you are forced into doing. And, ya see that applies to Zeta also…what does it really do?  Doesn’t he look awesome intense in the video below?  You can’t make up 2020 so just go with the flow and adjust accordingly… with music and a sense of humor!!