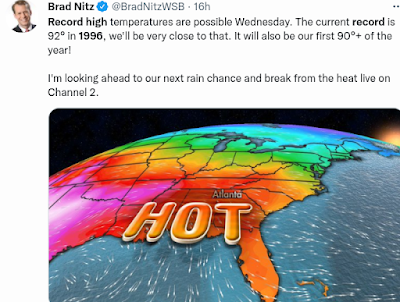 You often hear meteorologists use the term Analog Year when discussing how active or inactive a hurricane season may be in discussion. This Heat Wave in Texas has been bugging me as it reminded me of a year when the HEAT would not let go and I’m not talking basketball!  That region from Texas to Hot Atlanta breaking record heat records for May. Then a few days later it slides a bit East and hovers over the Carolinas.  I knew it reminded me of a specific season and especially with reference to that early hurricane season.  Yesterday Twitter lit up with “since 1996” and I smiled or perhaps winced as after the heat came the hurricane season.   As the HEAT was anchored over Texas, much of the tropical activity that year slid up the East Coast tho not all as it was a very early, active year! 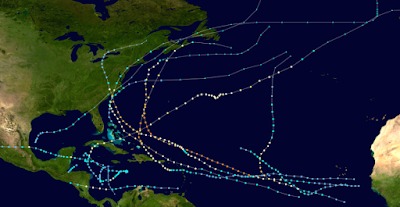 Another similarity is it’s been predicted that the High pressure in the Atlantic that is usually anchored there for part of the hurricane season would be strong, in place and it would keep storms low, westbound until they get to the Caribbean. From there anything goes and is usually dependent on the presence of fronts or a wider high that gets them further into the Gulf of Mexico.  Any variation of the Western edge of the High Pressure will point to where the bulk of hurricanes go.  Again even large, intense hurricanes prefer using the path of least resistance and avoid High Pressure like the plague (sounds awkward these days right?) but you get the idea “no I’m not going there” and some areas get shut down and protected because the High pushes the hurricanes away.  Wherever the Low Pressure tracks compells hurricanes as if they whispered in their ear promising them smooth sailing as they cruise through the Atlantic and the Caribbean, often of late the Gulf of Mexico. 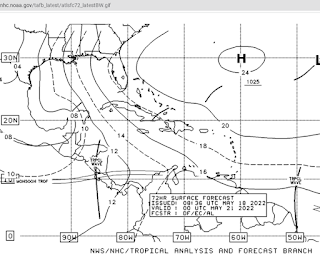 This is a forecast…. Huge High pressure.

Note an African Wave tries to get into the EPAC.

And it’s MAY not June or July. 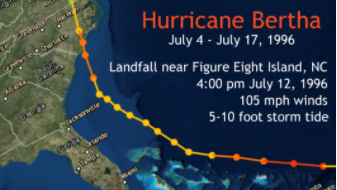 This is obviously my concern…. note the link below.

https://www.weather.gov/ilm/Bertha1996 Early forecasts took it to Florida and then the forecast changed, again because the High Pressure orientation changes as did low pressure system patterns. 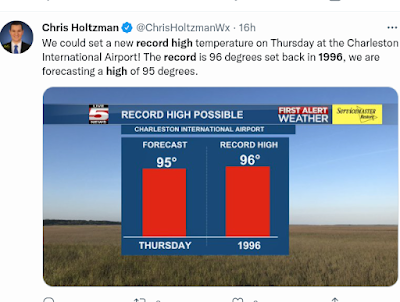 1996… mentioned by Chris in Charleston. 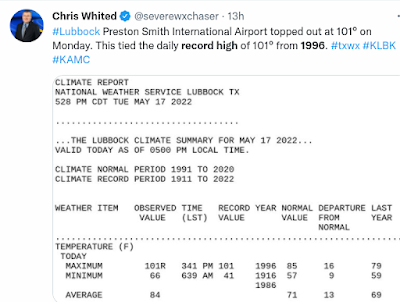 I love words as much as I love maps. 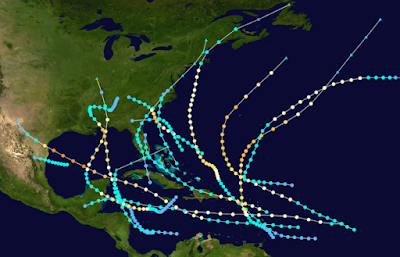 Analog Years are only as good as patterns and as soon as the pattern changes there’s another year that is similar.  Both 1916 and 1996 had early storms.  Time will tell. But I felt it was worth pointing out as it had been bugging me and with the flutter of tweets on Twitter about 1996 it confirmed my thoughts on the year that would not let up heat wise and then the hurricanes came ….. 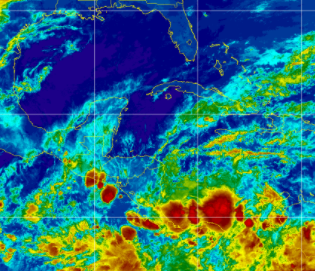 As for the Caribbean Watch……….

…we are still watching.

No yellow circle but the purple blotch remains.

Again on vacation and enjoying it!

Moving on to our next location today.

I’ll upgrade should the NHC blink.

But they have been cautious and careful.

Place your bets…. time will tell.

As I’m in Charlotte today Hugo does come to mind.

As the high pressure was strong…….