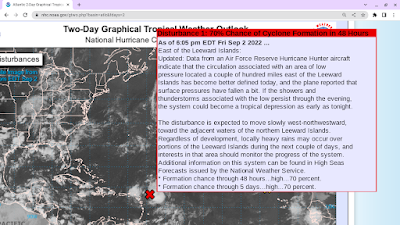 Recon went in this afternoon.

They found pressure drops in 91L 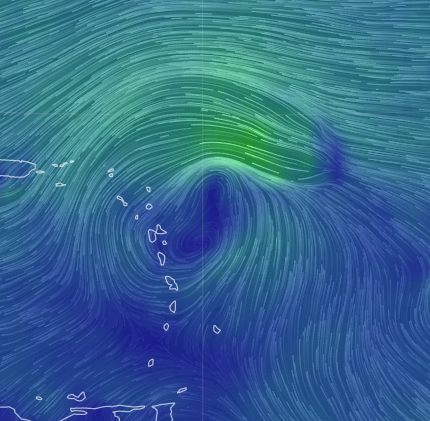 Often, but not always, when they do an update with breaking information between regular times when they put out a new Tropical Update Outlook there is a thought that it might continue pulling together and they may upgrade this in the 2 day sooner than the 5 day. As in any time it looks good and recon can confirm the data.  It’s been a long running system moving slowly in the Atlantic for what seems like weeks. So, stay tuned and be aware that as I said below earlier…. this is a system that shouldn’t be counted out yet and looks as if it wants the infamous EARL name. Time will tell. Balls in the NHC’s court. 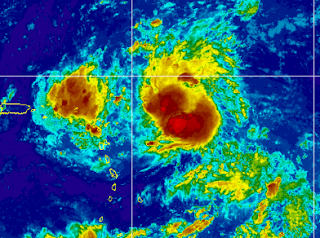 getting a look there… 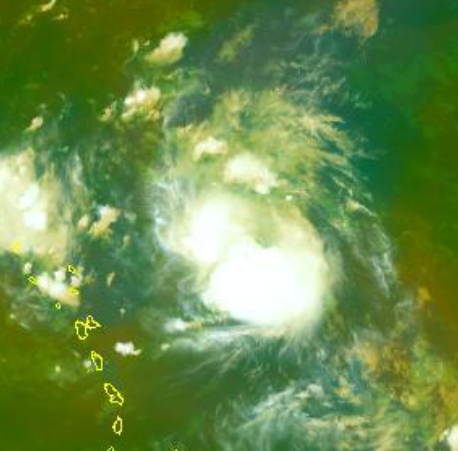 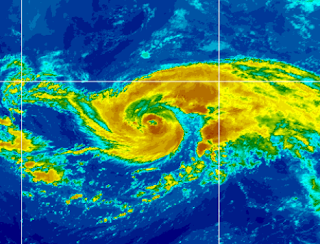 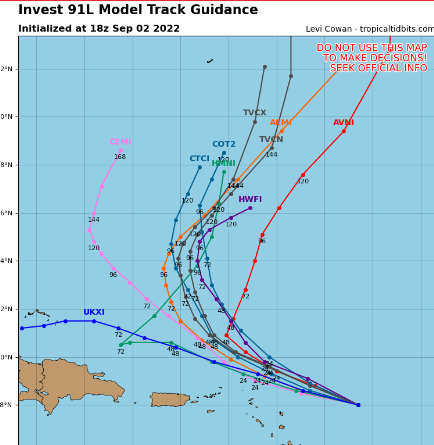 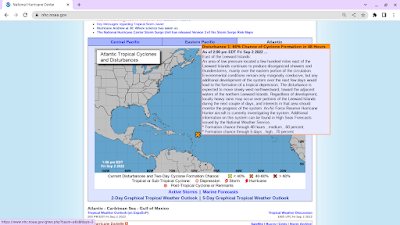 What I want to make clear here is that easy money would be on 91L eventually swims out to sea, however until it does the threat it could pose cannot be ignored. The weaker it stays the further West it gets and should the vying forces for it’s center come together it can evolve in a way that many had written off. It’s my point of view that unless something totally dies off or there is carved in stone steering currents you watch any tropical system (wave or otherwise) that is to the South of you latitude wise. It’s just prudent to do and as always hope the best case scenario plays out.  I’ve seen too many set ups with wayward, westbound waves that refused to die find a way to come back with a name and become a problem. Hermine, Harvey all had difficult early lives before they jettisoned the Invest and found a name.

And that is normal for this time of year. be aware something is out there and it has potential to develop. At some point something will develop that could threaten land. Until 91L is dead in the water the drama goes on. 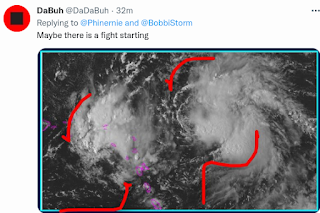 I just belive for now… 91L should not be ignored. 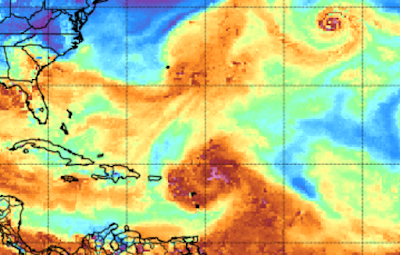 Sorry for not writing earlier.

I’m home but I had a very bad migraine today.

Catch up with what’s new with models.

Will shear win and beat 91L

Keep reading if you did not.

A bit squashed on top.

High Pressure pressing down on it.

NHC Cone shows it being “stuck” a bit.

The 3 day keeps it moving slowly. 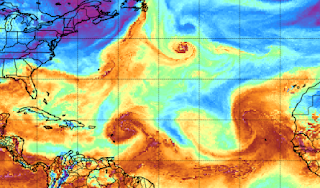 Slower, lower is more a reason to watch Invest 91L than to ignore it. The NHC wrote a small novel about it this moring, they didn’t use that many words to say “nothing going to happen” and while we are not expecting much it’s hard to ignore it and count it out just because it didn’t get the name Danielle.

Look at the difference in size between the two. Size really is an issue in tropical development, the larger it is the longer it often takes to pull together. Large waves often have competing centers and whatever center is there is aligned oddly not neat and compact.  Danielle a small system spins up faster and has a tighter core, though they can also fall apart faster. They are both tropical but totally different versions of the same tropical fruit! 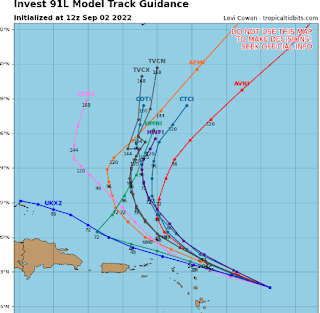 Models mostly take it North down the road.

But each model run they are further West.

Just a drop and oh that one model always.

GFS had it a dangerous storm headed for landfall.

It missed that window of opportunity.

Day by day it creeps West…

94L has formed off of Africa. 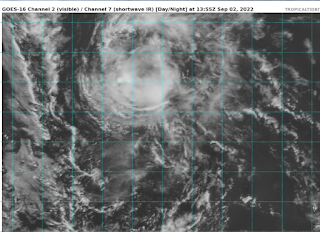 I know 91L has really burnt out many here.

…will it ever die?

Yes it will be gone for sure…

A sense of humor is important in 2022

Have a wonderful Labor Day Weekend.