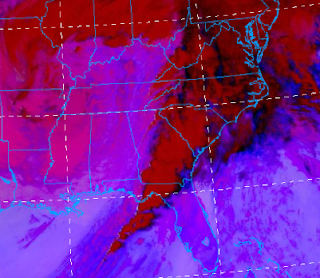 A lot of energy in that system still.

Lots of maps and discussion today. 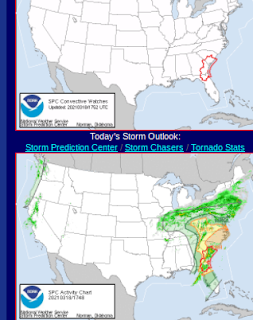 This is where we are today …watching weather in real time vs models that make predictions that do or do not come true. Sometimes they come true in part but not really what they predicted a few days back. Weather is NOW .. happening…..this minute … evolving almost faster than I can type. I woke up to fog this morning and when it didn’t go away by 10 AM it was obvious we had the Cold Air Damming situation setting up… the warm front lingers to the South and the Low to the West is tight and spinning fast and at some point somewhere it will be warm enough for serious trouble in the Carolinas. Currently I’m worried on the area we call “Down East” which means South of the Sandhills and East towards the Beaches or as we say in these parts “East of 95” where BBQ sauce takes on a whole new meaning. I’m also worried on the Triad and definitely don’t think Raleigh is off the hook, it’s a sneaky system that can flare up fast anywhere.  The recent strong Tornado down by the coast where hurricanes usually make landfall is bugging me and that area could once again deal with that sort of threat today. Hope they get lucky this time.

In the South we divide ourselves up by the way we cook our food and what exactly it is that we cook the most! 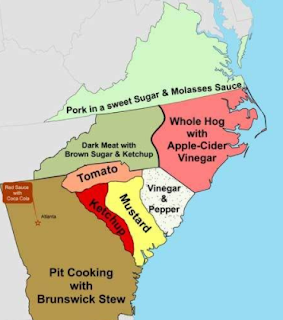 As for the weather here the sun is trying to come out. 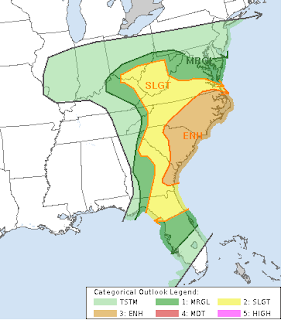 Closer to the coast has the largest concern now.

But as always that line cuts through Raleigh.

According to the NAM below things will ramp up…

… we call that the Piedmont Crescent. 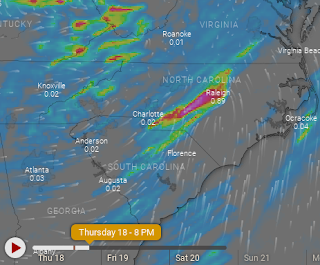 Really it’s a thing and every city in between! 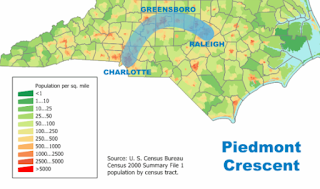 And usually but not always the Triad steals the weather.

Snow in the winter, thunderstorms in the summer. 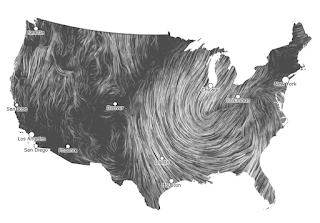 Another great map shows how large this system is..

They keep talking on the South but look at it!

Takes up the whole East half of the USA! 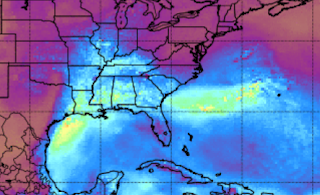 Check out that dry line…….. 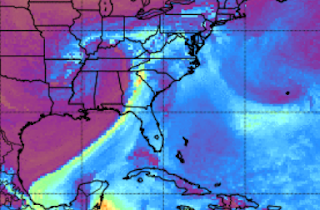 And note the fuel for this system was tropical…

… coming up from the Yucatan and BOC. 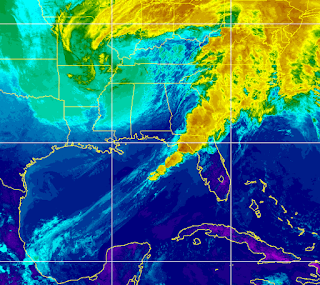 Watch patterns and trends that linger…

..as we move closer to the Hurricane Season.

Note Florida has had stronger weather…

..that the Carolinas today SO FAR as of 2 PM. 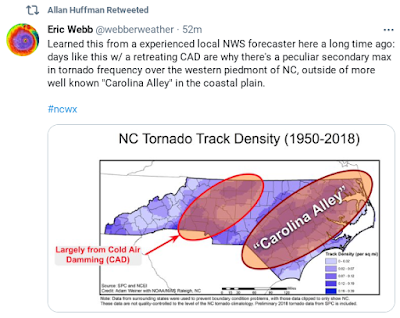 Explains the dangers of letting your guard down here.

But there’s a shadow further inland.

And the way this line is setting up…

…this could play out. 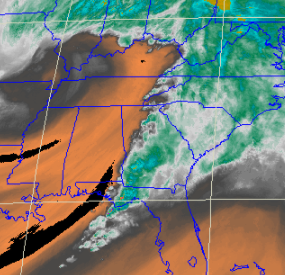 Eye like feature to the West in the Low.

Warmer it gets the more troublesome.

Really it’s a hard part of the country to forecast.

Someone will get something but where?

Or will that tail drag across Raleigh?

An off season video I made.

You can play with it.

The biggest concern currently is that as the threat for an extremely severe outbreak of tornadoes begins to fade away … the concern is that people think they are out of the woods because we went down from a 4 to a 3 on the NWS graphic page. The cool foggy air lulls you into thinking it’s impossible anything wild is going to go down in a few hours and that’s not good. Actually as shown on Twitter all morning receding fog and CAD giving way to an approaching warm front can infact