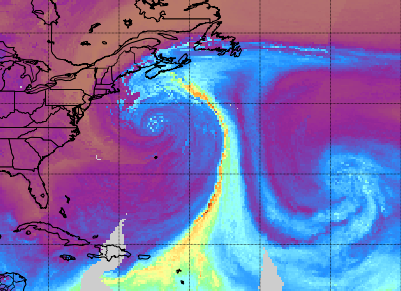 Strange Mimic imagery for this time of year.

…is sucking up tropical energy on the right side of it…

..and delivering cold winter storms on the left side. 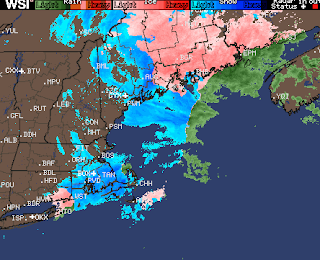 In motion this is funneling down around…

..the West side of our No Name Storm. 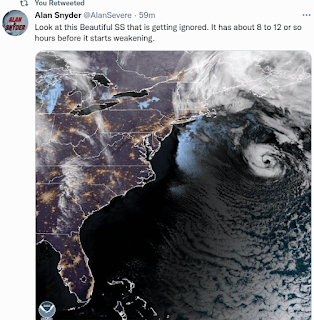 The new regime at the NHC has been very careful and diligent in naming storms after a few years of naming long lasting thunderstorms that made landfall so fast that Jim Cantore went to lunch and by the time he came back the sudden, surprise named storm had been downgraded. There’s a line between upgrading a storm after it makes landfall and saying the hurricane hunter plane may have missed the stronger winds and so it was upgraded a real “huh?” if you’ve been doing this as long as I have… no it doesn’t work that way. Often the NHC does a reanalysis of a season and upgrades systems to named status or demotes a system, or just re-evalutes in an academic way vs in real time when putting out advisories. Will see what happens down the road. But on this very non-tropical January day there is a system out there that has been there for a few days and is about to slowly fade away.

New England ended up with a fast sudden Winter Storm and a blast of wintry weather reminding them it IS Januarry still on the East Coast even though the West Coast has been hogging all the winter weather! Okay, to be fair I had a day with a frost so thick it looked like snow, but it was not. And, Friday evening or rather early Saturday morning I stood outside watching snowflakes falling mixed in with well formed sleet that was neat and had enough of a beat to get my attention that “something was happening outside” when I was offline for the Jewish Sabbath. Okay I left the window ajar so that when I woke up I could hear sleet if it happened and figured it had better chances of sleet than snow if anything happened.  I knew the chances were there to see flurries and as I’m offline at 1 AM on a Saturday morning I just did what any normal weather obsessed person would do… I threw a winter coast over my pajamas and run downstairs and outside to see if it was indeed sleet! And, yes it was and yes it was better than any meds I could take for these Winter Blues and then I stood under a street light staring in wonder as flakes fell slowly (almost in slow motion) as the noisier sleet bounced off my black coat and eventually covered parts of it. There were snowflakes too but the sleet was actually quite heavy considering it was around 39 degrees outside. The air up above was way colder than down below, and when that happens we get lucky in Raleigh!

A year ago Tonga exploded suddenly. 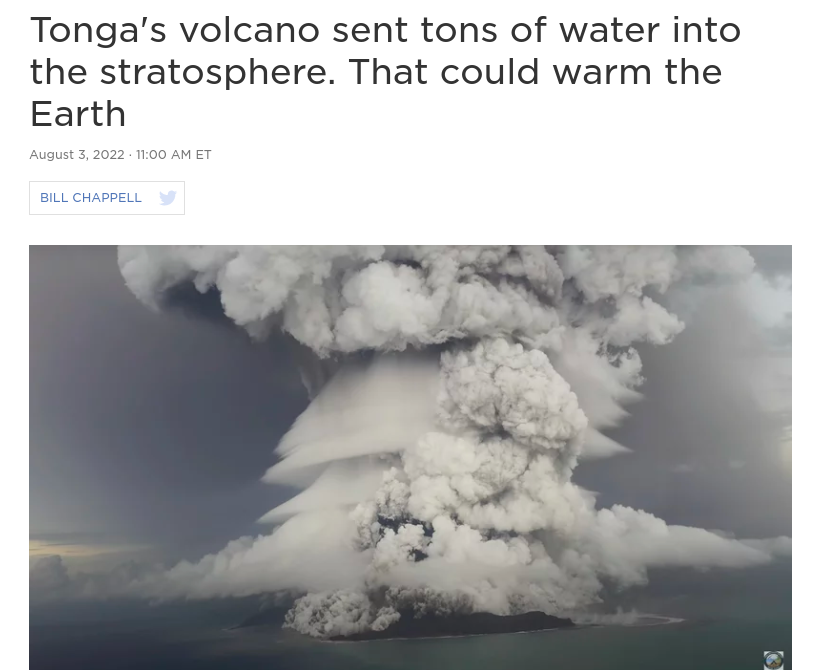 We are in a strange period it seems and most likely on our way to an El Nino down the road, as I really don’t want to discuss anything “neutral” currently and I still think we’d have had an El Nino had the Tonga Volcano not erupted into one of the largest eruptions we have been able to document.  Scientists immediately argued on the various ways it could impact the rest of winter, the summer, the hurricane season that was impactful due to Ian but way below the high expectations forecast.. Yes, one year ago the volcano went BOOM and it’s repercussions have been ongoing with a complex pattern that’s been stronger on our Pacific Rim states than it has for the East Coast. Ask anyone in Northern California or Washington State what kind of winter they had had and they will tell you they have had enough! 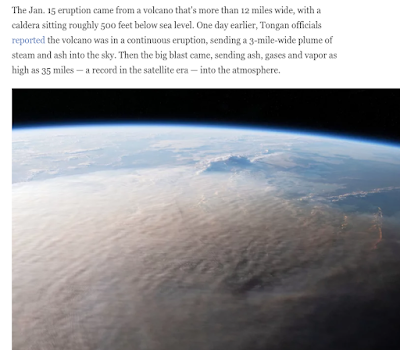 Link to article down below.

What a difference a year makes! 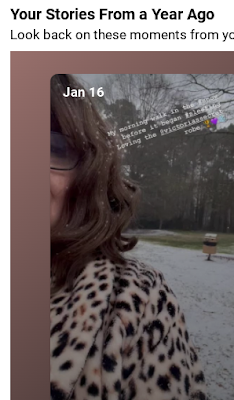 Good thing we didn’t have it when I was in high school.

Pretty sure I’d need meds for moody memories in my head..

..if I had to see images of everything that happened.

Good times …. Yes I had good times in high school.

One of those lucky kids who was popular….

…had friends and was super uber busy.

In a world without Ubers.

College was good too.

Where were you a year ago?

Do you remember without your phone reminding you?

A year ago I had snow in my hair and on the ground… it was beautiful. This year I had one day of a strong frost and a bit of sleet. No pics of the sleet but trust me it was neat! I still think we will have winter weather here this winter, but guessing it will be late in coming much the way the Hurricane Season of 2022 didn’t show up until late in the season and then raged on for about a month. And, yes we did have COLD weather as it was close to 10 degrees one night in December when two of my kids were here for Chanukah and we walked to Temple on Saturday dressed as if we were in Siberia. Those same two lucked out and saw snow flurries flying in Manhattan the other day. 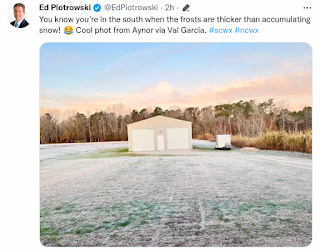 It’s not just California………many areas on the East Coast used to snow storms are still waiting to see lasting snow and New England can thank a subtropical looking storm without a name for delivering a surprise winter wonderland as the flow around our No Name Storm is delivering wintry weather.

Some years are like that. A fast moving short wave or clipper dumps sleet or snow on an area that was deprived by every forecast cold front and an area that was hot all hurricane season (the North Atlantic) gets a beautiful spinner in January. In 2016 Alex formed in the same region but that year storms were named almost too easily compared to this past year. 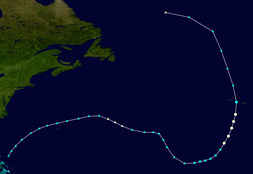 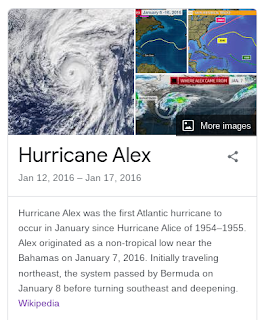 And again it’s fading away today.

So it’s kind of a mute point.

I predict, lol for what it’s worth, the train of winter storms on the West Coast may moderate and Mother Nature will try and provide a few Arctic Invasions and the East Coast will get some winter weather. February may deliver what we normally expect in January, just as our Hurricane Season was late so may our Winter Weather be late on the East Coast. Time will tell.

Wait long enough and the weather pattern will flip and changes will happen.

Have a good day… now and always…. and thanks for reading my blog.

I’ve been quiet. I know. I just have had a difficult few weeks and I’m coming out of it into the light, appreciating the sunny blue skies and taking it one day at a time. I will say it’s these sort of years that deliver surprise storms and busted forecasts, so don’t let your guard down we are barely a month into actual Winter and Hurricane Season always teaches you never judge a season until it’s over.

Article from photos above.

Another post to read that was written in January after it happened wondering how it could impact the weather.

Sweet Tropical Dreams or Snowy Dreams …. whatever you desire most,