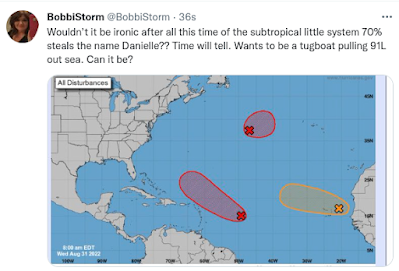 A few days ago I posed the possibility of the small little circle that was yellow that was anchored in the Atlantic becoming a steering factor for the big, huge lumbering wave known as Invest 91L that we have tracked for what seems forever now.  Kind of like a tugboat that pulls larger, powerful ships out to sea from the Port of Miami this little Subtropical System could infact save Labor Day for many beach towns along US Coastline.  And, it could actually steal the name Danielle which would be comical and perfectly normal for 2022. Keep watching. Models below. You can see the follow the leader scenario below. 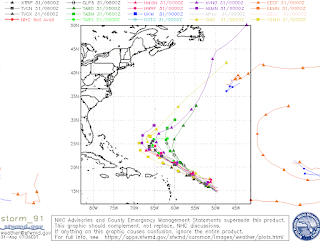 A lot going on there more than 91L

While 91L lumbers its way across the Atlantic there have been several events that have weakened the Western edge of the High Pressure that has pushed 91L steadily West.  At some point an avenue for escape may open up and allow this system to trace the coastline out to sea and move up into the North Atlantic. That is not a given, not a lock and not set in stone but it could easily happen.

More difficult to answer is if and when 91L will develop.

Where will it develop?

Which part of it’s very, extremely elongated center will develop?

Could it split into two systems? (People have asked me that)

What will the steering currents be down the road?

Which road? Depends on how far East or West this is when it develops.

In Real Estate they say that everything is about location. That’s true. My son who is a Realtor with Compass down in Miami has a Penthouse at the Fountainbleau to sell to you if you are interested in the best view up in the sky in all directions of Miami Beach. While Hialeah can be fun and Pembroke Pines nice in a boring way, you will not get a 360 degree view of sunrise and sunset on the most beautiful part of Miami Beach anywhere better than there. It’s a sweet spot some would say for sun lovers.

There are sweet spots in the Atlantic also that seem to spin up strong hurricanes from weak wandering waves. There’s an area in the Bahamas, or rather just to the NW of it, where storms tend to stall waiting for their ride out of town or a forecasted strong cold front to collapse and then spend two days showing off their Major Hurricane Status in said sweet spot! Often this happens after some Invest has lumbered along never able to get it’s act together. This area produced the 1935 Labor Day Hurricane, Andrew and Katrina as well as refreshing Jeanne after she traipsed across Hispaniola and refused to die. A fairly weak system but she only intensified into a force to behold after looping in this area near the Bahamas. Perhaps it’s some Bermuda Triangle Energy, who knows? See Jeanne below. 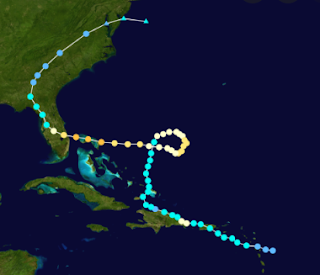 Note the mess that is 91L below.

One to the NE and one to the SW.

In theory the one further North wins. 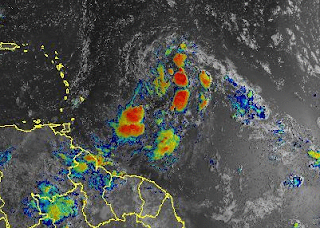 Still elongated, not ready yet. 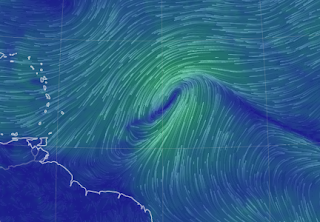 It’s been a strange summer. 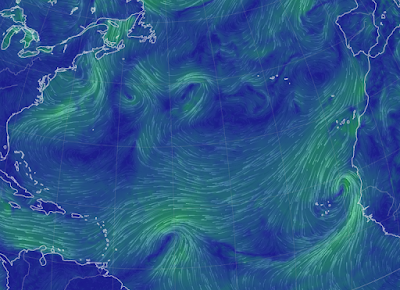 But I have learned never to count out stubborn systems.

Spoke last night at a ceremony …..

….for my best friend who passed away.

Waved goodbye to Miami at Sunrise.

And, have to finish packing. 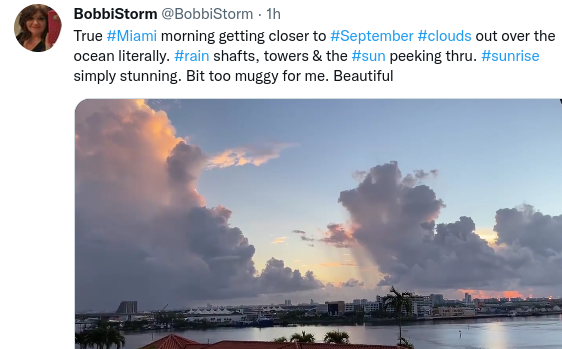 I’ll update when the NHC updates.

…as always time will tell!

Not hinting the bayou will get a hurricane.

The song is just stuck in my head this morning!!