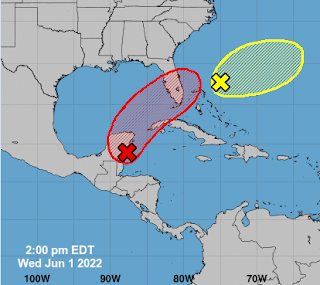 We are going to discuss the red area first. 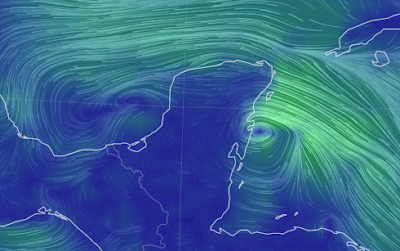 … East of the Yucatan.

2 competing ones on the West side.

It’s important where the center forms!

You know that saying “it’s complicated” well explaining what most likely will be tropical system is definitely complicated. Many times early in the season and late in the season South Florida (Keys, Miami, FLL, WPB) tends to get slammed by displaced moisture from tropical cyclones that are weak, not well organized and “East Side Loaded” meaning the NHC will track the official “center” towards SW Florida (Naples area) and because of shear and poor organization all the severe weather and heavy rain is pounding the Miami area. Again when I say “Miami” here I mean the general area from SW Miami to WPB in this case.

Easy to say “what’s a little rain?” but this area has been underwater several times over the last few days. Heavy torrential, tropical rain from seasonal monsoons has created localized flooding and daily drama. This is Miami life, when I was little, when I was a teen, when I was a young mother and well forever and always. 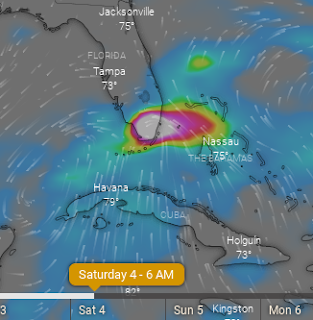 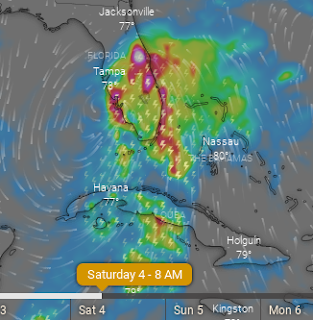 Easy to say Time Will Tell……..

…but this is getting closer and closer.

The NHC will pin down a Cone and advisories soon. 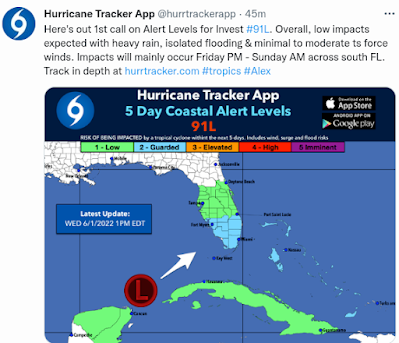 Best graphic until we get a NHC Cone…

And a bit of levity for June 1st… 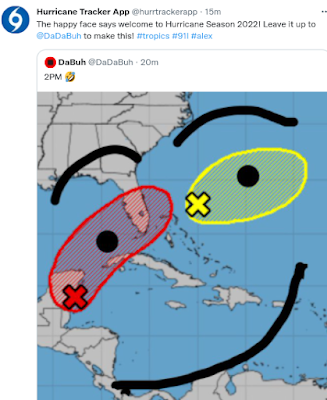 Models have been frequently showing a small area of convection racing off the to the NE.. ENE and 91L racing off after it at some point. One model shows 91L strong like ALEX being off the Carolina Coasts before going out to sea and other models show it making a fast exit stage right… out to sea. It may have a help as a steering mechanism and it’s worth showing that it is out there but our main focus is on 91L.

I will update this blog as soon as the NHC posts some sort of actual advisory and Cone be it a PCT Advisory or a regular TD 1 advisory. In the past they have put up a cone for an area that will come together quickly and impact land when they need to put out a Cone and watches and warnings. Winds of 40 MPH ARE expected somewhere in this area… will they be GUSTS or SUSTAINED WINDS?

I’ll be back sooner rather than later.

Til then check out Mike’s awesome site that has ALL the information you need for the 2022 Hurricane Season as well as Mister Alex aka 91L!!

Ps…. at the top in red next to the link to my blog 😉 is his store! BUY A TEE SHIRT or something else, always fun to have a reminder of the 2022 Hurricane Season… some shirts have the names… I know I’m going to get something later today! 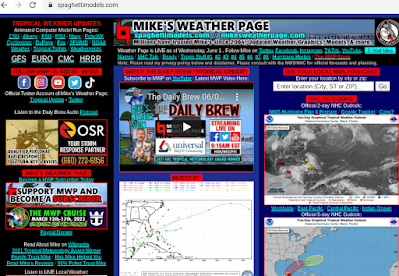 Very proud and honored to be on his page.

Mike is awesome on so many levels.

@bobbistorm on Twitter and Instagram…follow me there for frequently updates.

Ps Song of the hour…

On Wikipedia you can read the article about Miami’s Climate. This image says it all and you can see the link on the top. My kids share pictures in June in the afternoon to see which kid caught Armageddon the best! So add let’s say 10 to 12 inches of rain on TOP of the general “OMG ONLY IN MIAMI” rainstorms and that’s way too much rain all at once.

AGAIN it’s still early as the center has not totally formed and this is evolving in real time.

Note also that when the season starts with Florida getting a visitor from the SW down near the Yucatan it often ENDS with similar Hurricanes moving up to the NE as they catch early Fall fronts dragging said named hurricane across South Florida. This is NOT Wilma, but that does not mean the season could not end with a Wilma or Michael sort of hurricane. I seriously hope I am totally wrong!