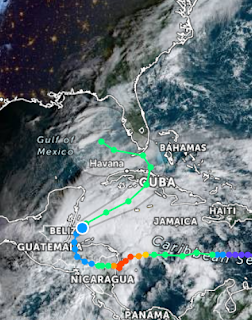 Using the “cone” from Zoom Earth.

Because it shows you whole the picture better.

There’s a wealth of moisture down there.

IF it wraps up into one neat ball with a core.

Then we can have real trouble.

But if it stays wide and messy there’s trouble. 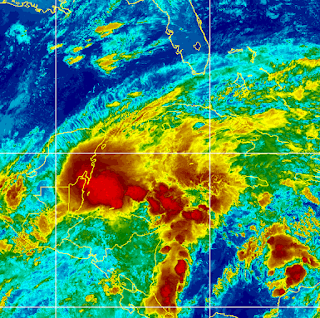 We evaluate things by different methods.

All show something different.

It’s not easy to make a forecast always.

It was obviously when I woke up…

But is it a game of chicken? 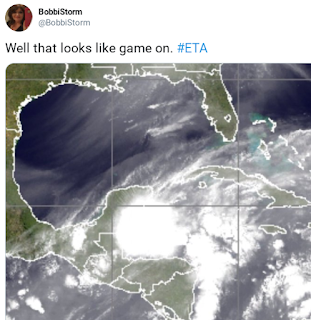 Being honest there are so many problems with the forecast for ETA and until recon goes in and we get a better sampling of the environment and how it reacts back fully over water before slamming into Cuba and then there is the “which part of Cuba” as some areas have higher mountains than other areas.  Just so many questions and while GFS and EURO (to name two) both agree and see ETA there is a wide difference in intensity and forward speed.  That leaves South Florida (MIAMI area) in a place right now where they are all obsessing over the election results regardless of candidate of choice and less concerned with the tropics living with an illusion that they are protected and everything magically moves away from South Florida and goes somewhere else. Gee… I really hope and pray that happens this time or more so it just doesn’t consolidate and becomes a big, huge messy subtropical like storm but even that amps up rain on an already flooded landscape due to nonstop rain over the last few days and more rain on the way before Eta’s arrival if indeed it makes landfall near Miami vs cruising through the Keys and trying to put into port in Key West like an unwanted cruise ship. Then could it move up the state or try and hit Tampa as late season storms do or does it just wander up along the various coastlines of Florida on it’s way North hooking up with a front?

So many questions and with this year’s storm history of intensifying in intensity of activity heading into landfall this is not a good time to play chicken with a developing hurricane though NO one really is saying hurricane but if it’s a wide, huge slow moving subtropical with tons of nonstop wind, gusts and squalls… add in tornadoes maybe … you have hurricane impacts from a messy subtropical. 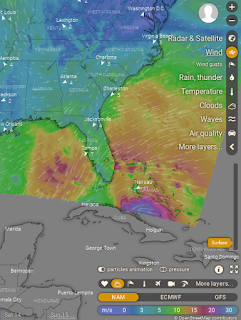 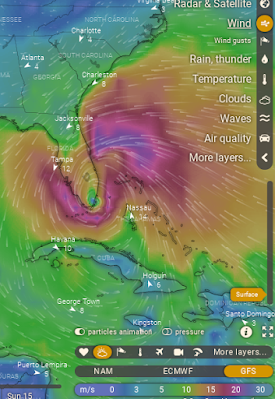 Kind of a bullseye over South Florida.

But note how far out the weather goes.

Not a small compact storm.

So it’s not just about Miami.

Even tho that nails it. 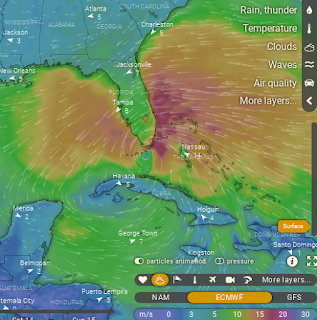 The EURO shows a coastal mess.

On the same day as above.

Note if you run that you’ll see.

Both take it West through the Keys and SFL

Then it ends up either deep in the GOM or near Tampa.

Models are not reliable.

So what do you do?

…but know the 5 day is deceptive. 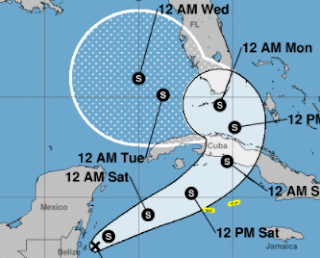 Miami NWS shows the reality of this puzzle.

Ain’t no sunshine when ETA is nearby.

Will be a long time before it’s gone.

If the forecast verifies.

Check back later for updates.

As they say …it’s developing in real time.

But it may end up being a game of chicken.

So pay attention to the tropics not just the election.

Let’s look at some models. NAM below is good for short term and this shows a fast developing  mess in the 3 day time frame not the long range time frame other models show and that concerns me.