My Caribbean satellite image of the day above.

The non tropical kind as we are all about geology today!

Caught in the wind flow….

2 sides of a natural disaster.

What do you focus on? 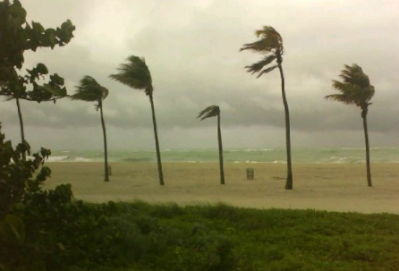 I took this picture years ago storm chasing.

It was the place to be….

…TWC was there as were all the media and chasers.

Not the worst storm but fun to be out in…

Most people look at the palm trees.

To me the wild part was the water.

In South Florida it only gets that nasty color…

…when a bad storm is brewing.

Where do you focus?

On the colorful imagery from the volcano?

Or the gritty natural disaster the residents are facing?

And many had to evacuate.

Those cruise ships are busy now! 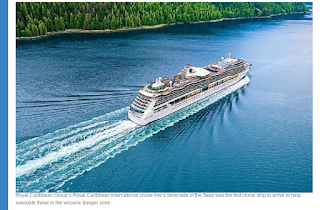 Link to Weatherboy’s article below.

Kudos to their help in evacuations!

Yesterday there was an odd incident.

What looked like a meteor or asteroid fell to the Earth.

Looked like a scene out of Starman to me. 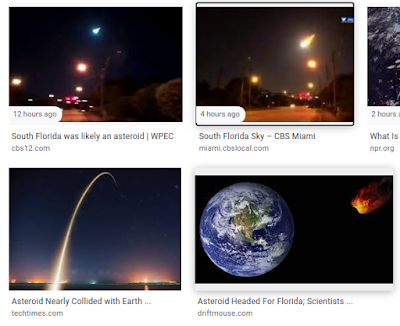 But what was that shooting star like glow on the horizon? 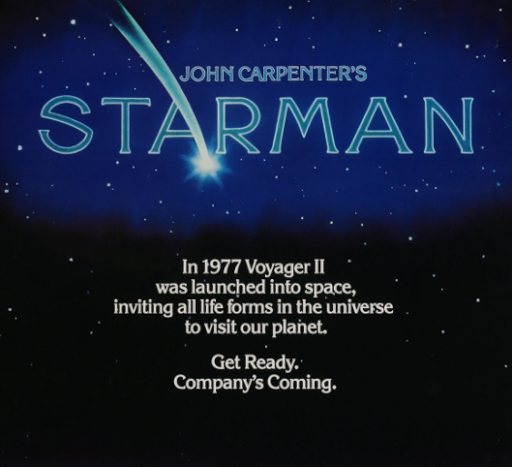 Great movie …by the way.

Apparently it was expected but………

….it came much closer than expected.

What would you think if you saw that?

As I wrote in the previous blog about our Caribbean volcano … sometimes those things you worry on happening actually do and the list is long for what could happen, yet blessedly does not happen very often. It was predicted that asteroid would come close to earth (close being a matter of perspective, close as in “you won’t see a thing” vs “oh my gosh WHAT IS THAT???!!!”) and it does make some wonder what would happen had it been worse! Well, the good news is the partying on South Beach is still going on (good or bad from your perspective) and no dinosaurs were killed off in this encounter of the close kind. Years back part of the Caribbean was carved out… rearranged by a large asteroid credited with getting rid of those huge previously mentioned dinosaurs. And that begs the reminder that if it happened once, it could in theory happen again. 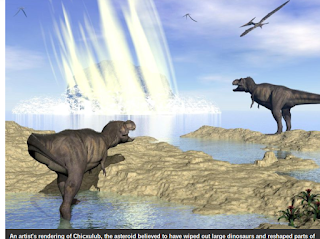 https://www.smithsonianmag.com/science-nature/we-finally-know-how-much-dino-killing-asteroid-reshaped-earth-180958222/ Excellent article. If you want to know what it was like before the asteroid and you’re in LA may I suggest you go to the La Brea Tarpits, not in the depth of summer mind you but otherwise a wonderful educational, peaceful attraction near where I once lived! 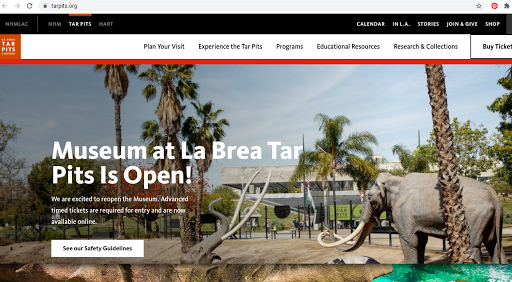 Seems the dinosaurs had more to fear than the plague!

Who knew an asteroid would knock out their world??

Do you ever worry or wonder on rare natural disasters?

I know many of you do while obsessing on hurricanes.

Many meteorologists are obsessed with the Northern Lights.

We watch the sky, we study the atmosphere.

Some also obsess on a possibility of a CME.

Yet they can also be disastrous!

Yet people Google them all the time… 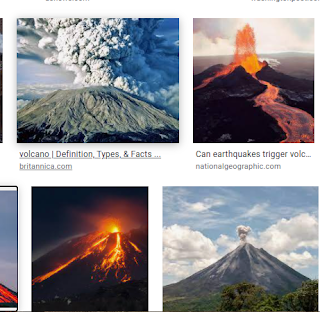 Some volcanoes are bright and colorful.

Others gray and gloomy.

And yes it’s still erupting in the Caribbean. 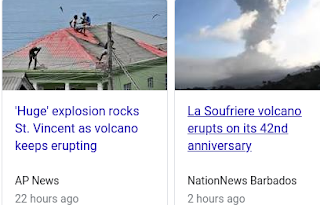 ..astrologers must be having a field day!)

Anyway read on about CMEs and see….

…why so many obsess on them especially today.

Not even being able to go online to see if
#FACEBOOKDOWN

You want to complain and Twitter is down too!

Then again my husband ….

…will be able to read his paper by the glow!

The devil IS in the details. Can you imagine reading the paper by the glow from the Northern Lights? Can you imagine all you might be able to read is old newspapers, because IF such an event happened today it would be hard to go online and get your breaking news. We could be thrown back into the past if such an event occurred until everyone could get back online and how long would that take I wonder. Read the details… down to Havana Cuba … click on that link and read the many details not shown below that came from such a natural event that rarely happens. First there were sun spots… then telegraphs didn’t work and back then that was the main form of communication. Does your latest iPhone or Galaxy have an App to stay online in the case of a Coronal Mass Ejection aka CME?  I wonder…

The truth is whether it’s an asteroid from outer space or a volcano rearranging your trip to the Great Northwest or the Caribbean or a rare Cat 5 Hurricane slams into Jacksonville Florida where they rarely see hurricanes and yet these events can happen. CMEs aren’t just for the paranoid but then again if you have never checked them out you may never know what happened to your phone, internet and possibly what caused your power outage which obviously would be freaky not to be able to go online and find out why your lights were out. Yes, it could shut down not just cable but Roku and NetFlix… “oh my!”

This also begs the question would you prefer aliens to an asteroid? Personally unless I knew if they were good aliens or bad aliens I might prefer Mother Nature problems to those of the other kind.

From far away volcanoes are beautiful, but close up they are deadly at worst and difficult at best.

I’ll take hurricanes you can track for days and models sometimes properly predict ten days out to something sudden that comes out of nowhere and you aren’t sure what hit you! Again, everyone made fun of the models that showed the Houston area getting epic amounts of rain and then Harvey did even worse than the models predicted! Go figure the models won that one though Houston lost the ongoing battle with the bayous creeping up across the concrete landscape where people live good lives except for when a Harvey comes to visit!

Stay tuned……. 2021 just started kicking…. one can only wonder what else Mother Nature has up her sleeve this year! Maybe it’s a good surprise!!! You know like everyone can see the Northern Lights without having to go to Norway and our power grid stays on so we can share videos and talk about it!

And thanks to Sandman for always reminding me about things I forget from “the year without summer” to what could happen if a CME hits!

Ps I used so many Google images today to remind y’all how reliant we have become on being able to quickly Google anything from asteroids to volcanoes!!