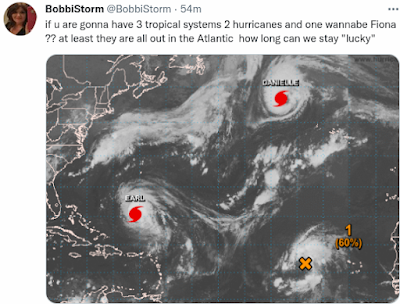 Using this image at the top.

Danielle way at the top.

Should not be direct impact but will see in real time.

Should pass well to the East as a huge storm.

Should be Fiona and Fiona should be a Fish.

As always I remind you that until a wave becomes a closed storm and we see how aligned it is in the atmosphere and where it is when that happens nothing is carved in stone. Models are a great guide, but until Recon is in there and data analyzed and new models run that run in tandem with what is actually going on they are merely a guide, a tool not a forecast. I say that as there is lots of model hype on the next wave departing from Africa with models showing it being a dangerous landfalling hurricane weeks from now it’s good to remember it has not left the gate and the high that is forecast to build has not done so yet. While I watch the models I wait to see where they may be actually verifying before jumping on some hype train! 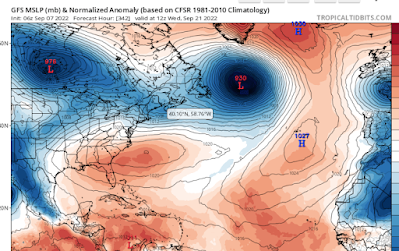 GFS now the quiet, responsible sibling sees nothing in Sept.

The EURO that everyone wants to vote for…

And a short term problem for the Gulf Coast. 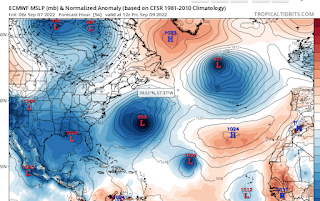 Short term EURO supports a small system in the GOM.

And some long range versions do things too long range.

As I said yesterday projected rainfall is HIGH!

But models do take the new wave off of Africa…

There is a good chance, according to many models, that it rides low under a building High Pressure takes it into the Caribbean and it becomes a Hurricane to be reckoned with IN the Gulf of Mexico. Between here and there much can happen and I’m trying to pin down this week, watching the ten day and not going to forecast what will or won’t happen the last week in September or early October. Let me just enjoy September a bit…

BUT……….I do worry a huge hurricane will be a threat in October for landfall to end out our hurricane season as the seasons flip towards stronger cold fronts and cooler air moving down into the tropics. That is part of the purpose of hurricanes, not to be chased, but to help align the seasons and help move air from the equator towards the poles and at times aid in seasonal transition. Sounds boring I know but hey something has to do it! 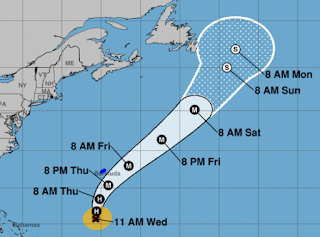 As Earl is doing currently.

(only if 60% becomes Fiona and it should) 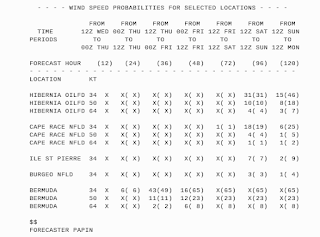 Until Bermuda is out of Wind Probs.

I’d keep my eye on Earl.

There has been a lot of chatter on how while Earl is a Hurricane he still is fighting shear and has bursts of convection in odd places and has not yet totally gotten past the shear problem. Note, it hasn’t had an incredible eye popping out just yet and Earl has wobbled left (West) in the past for a bit and any wobbling West could bring Tropical Storm like weather to Bermuda (as PR) so til it’s out of probs on the NHC site I’m not ignoring the possibilities. The eye is beginning to show up but will it hold tight or have more problems. Always the drama with Earl. Yet, I said from the start a wave that fought it’s way and held together across the MDR was not going to fold from shear and would become a Hurricane and I was right, early on. 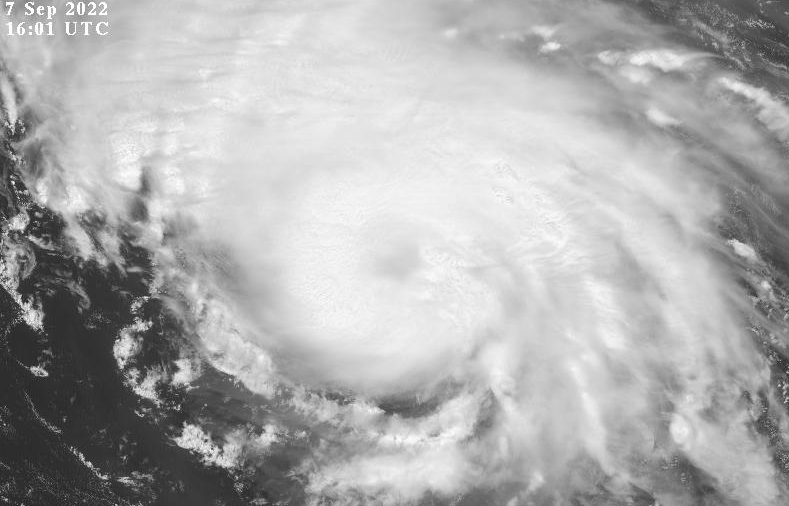 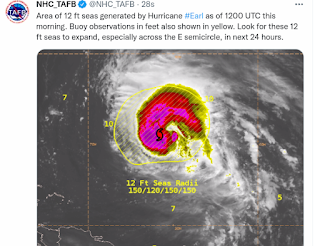 Surf will be an issue.

Swells on the East Coast.

Double whammy of Danielle and Earl.

I’ll be honest, it’s peak of the season … literally getting into Prime Time and it would not be surprising for a low rider to get into the Caribbean and move up towards the Gulf of Mexico. I’ll be honest, there are images floating around of a Major Hurricane slamming into Louisiana like …next month, In a year when the models have often promised major storms and landfalls that have not verified, I’m a bit hesitant to believe what will happen in 3 weeks when the models have had problems in the 7 to 10 day realm this year. So yeah it’s out there and on the next run it could be the Florida Panhandle not Louisiana. Know it’s September and September flows into October and IF a landfalling hurricane is going to happen it most likely will do so in the next month or so… 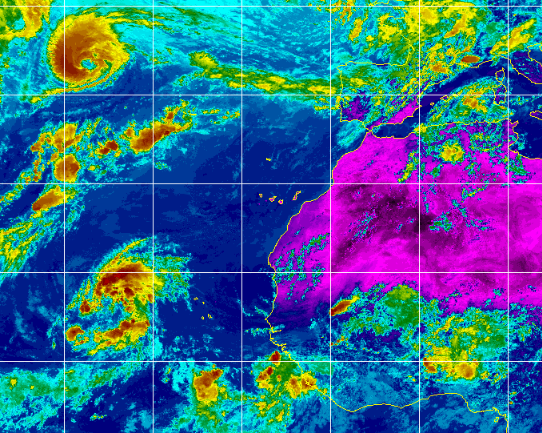 Not the most impressive wave.

But models love it.

…Low not up by Senegal.

Not as in love with these waves personally.

But I’ll be watching them….

…so open to being impressed!