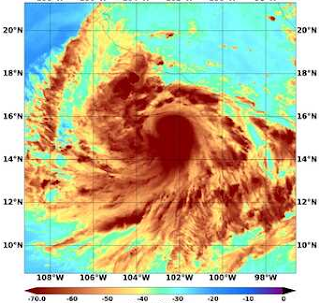 This is Blas in the EPAC.

Quite a beautiful little storm actually. 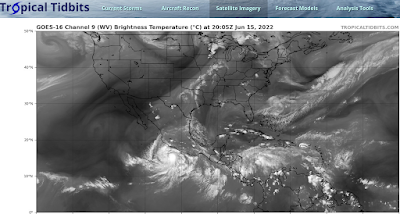 Blas is the star right now.

Blas is in the building phase currently. The NHC has it intensifying to 100 MPH in the next 24 hours as per their latest discussion. To be fair it is the EPAC’s time of year as they usually pop before the Atlantic side does.

In the Atlantic we have a purple splotch!

Purple with some blue in there. 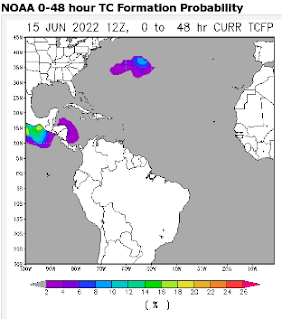 …SW Carib also something to watch. 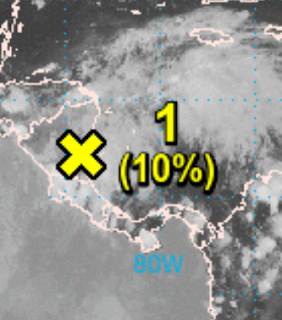 Note the yellow X is OVER LAND…

… which is obviously why it’s not currently developing!

This is an issue of later rather than sooner in that there is still long range potential for something to develop from this Invest, but the outflow from Blas and it’s preference for land travel isn’t helping it develop. Both these systems have a healthy level of moisture and possibilities for down the road development. You can see this in the image below. It’s also possible that this Invest makes it up into the Bay of Campeche, wanders around way off the model’s time schedules and part of this moisture finds itself in a place where a different track can happen. If the High erodes and it can wander up into Gulf of Mexico… but that’s a long shot and a hard script to sell in Hollywood. 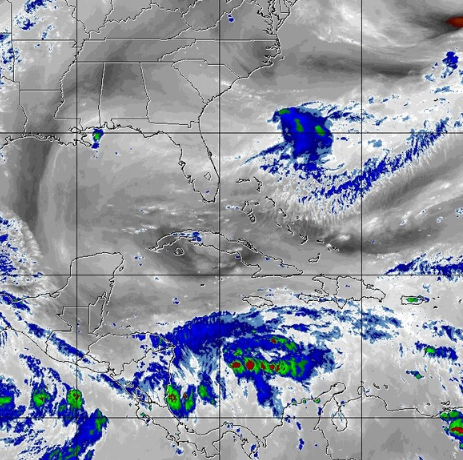 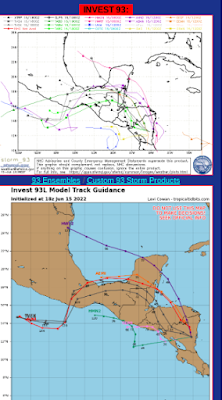 I’d kind of love to see that play out.

It would add some balance.

Well you know this is an intersting season. Not only did Agatha in the EPAC help seed Alex, but now this possibly Atlantic system might do the pole vault over Central America and Mexico and end up in the EPAC swimming Westbound.  Seriously you can’t make this up can you?

Listen it’s that time of year when it’s slow more often than not. Tampa Bay is playing in the Stanley Cups (noticed most of their players are from up in Canada) against a team from Colorado which is where you would expect to have an Ice Hockey team. Just a matter of waiting, daydreaming, researching, reviewing other similar seasons to see if there is some indication of what we really, really will have vs models that change regularly

Must be kind of neat to be a tropical wave rolling off of African in late June. Not a care in the world and no expectatins as it’s June ya know (June too soon) and all the trackers watch even though they know it won’t develop and sometimes a bit of their energy makes it into our side of the world and hits a pocket of low shear and suddenly we have a close in tropical system forming. Camille was in August but it was an early August tropical wave that kept moving West and found a spot near the Cayman Islands where it finally came together.

Curious to see in the end if this is a long tracking hurricane season or one filled with pop up, close in storms we call Home Grown.

Meanwhile… tool of the day to make sure you have in your Hurricane Kit is a Regular Old Fashioned Can Opener. Seems too simple to mention, but people tend to stock up on canned food and forget til the power is out that the only can opener they use is electric. 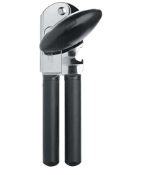 You can get them at the Dollar Store for $1.25 or Target, TJMAXX, Home Goods and good old Amazon. But if you want to shop for the best one, here’s a link.

Ps… trying to track or chase this time of year can lead you to a Tropical Depression!!