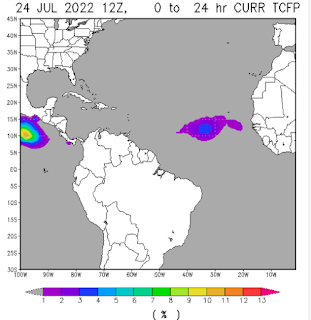 So no yellow but got purple.

Different maps but worth discussing.

There is a wave complex.

Trying to close off in some way.

SAL is strong to the North.

Not a lot of moisture to work with….. 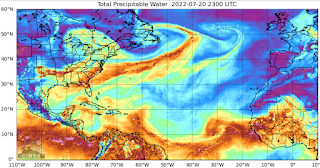 You can see it well on the Mimic.

A lead wave near the islands.

A bit of moisture but no wind, no circulation.

Front hanging there in Atlantic.

Strong high pressure to the North.

Everything gets sucked dry but heads West.

…the exhausted tropical wave and it can get energy.

Lots of waves, one of them will do the deed.

One will flip the switch …

A yellow circle would say more.

Google my blog and you’ll see I have talked incessantly on this topic. No two hurricane seasons are the same, yet they have similarities. Kind of like Cabbage Patch Dolls. I was always skeptical, I mean the two red heads here look awefully similar…yet different.

Every meteorologist I know who is worth their weight in weather history is harping on this summer being like the horrific, hot, heatwave filled summer of 1980. It doesn’t mean that this hurricane season will be the same. But it’s worth remembering how that turned out. Obviously, lots of fish storms at some point. And, a hurricane that had 190 MPH winds. I missed that season as I was in LA studying up on earthquakes, geology and old Spanish Land Grants. But I remember the images of that hurricane. 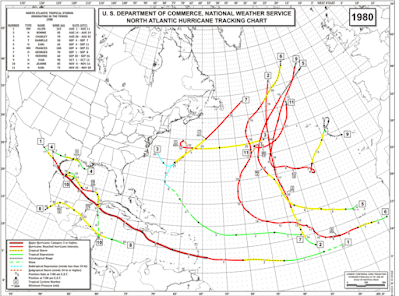 This is not the hurricane season that many are predicting.  There’s been talk that a strong ridge could push a hurricane into Texas, yet most talk on dangers to Florida and the East Coast all the way to the Canadian Maritimes.  So the heat complex is similar, yet different.

You can Google it and give Wikipedia some money! 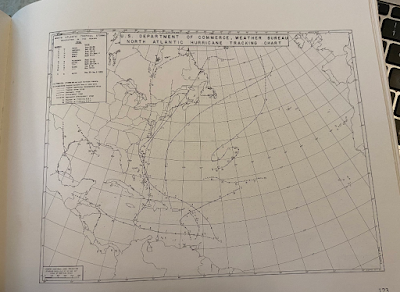 Some trash storms but didn’t come alive til late.

A lot of mixed signals with this 2022 Hurricane Season. Reminds me of 1992 but 1992 was El Nino but Lord was it hot in Miami, such a hot summer, one of the hottest summers anyone remembered in ages.

When there’s a vacuum, Mother Nature tends to fill it up eventually with a huge hurricane.

Stay tuned. It’s not over til it’s over. About the time mets start fighting online about it being a busted season and the forecasts were wrong, suddenly the flip is switched and BAMN there’s a hurricane somewhere.

Waiting on a yellow circle at this point.

Watched NASCAR a bit, because no hurricanes and no football, as I needed a distraction. It was feels like 105 degrees in Raleigh today, thundered, rain threatened but went elsewhere. One of my best friends is sick in Miami (spent time together last week) and time will tell what happens. Being honest. We’ve talked a lot of football and hurricanes together over the years. The silence in the tropics has been deafening.

Ps Some vintage footage from the late, great Jim Leonard! Hurricane Allen!! Old school style and showing it as I think this season is an old school style hurricane season. Sorry if there’s any typos I’ll fix them later, thunderstorms that hover but don’t produce rain give me headaches!