DEEPER MOISTURE OVER SOUTH ALABAMA: Our weather won’t change much today; the air over the northern half of the state is relatively dry, meaning the best chance of scattered showers and thunderstorms this afternoon will be over Central and South Alabama, much like yesterday. Odds of any one spot getting wet range from 10 percent across the Tennessee Valley, to 60-70 percent near the Gulf Coast. The high today will be in the low 90s in most spots… the average high for Birmingham on July 12 is 91.

REST OF THE WEEK AND THE WEEKEND: Moisture will surge northward tomorrow, and scattered to numerous showers and storms are likely statewide, mostly during the afternoon and evening hours. The sky will be occasionally cloudy with a high in the 87-91 degree range. Then, beyond that, there is considerable model inconsistency in moisture levels Thursday through the weekend. We are seeing evidence another push of drier air could work into North Alabama Friday and Saturday, but that is not a certainty. For now we will broad brush the forecast with the typical summer mix of sun and scattered afternoon storms each day and fine tune the forecast as we get better clarity. Highest coverage of showers and storms will be over the southern quarter of the state; afternoon highs will remain in the upper 80s and low 90s.

NEXT WEEK: We will maintain the persistence forecast through the week with partly sunny days, and random, scattered showers and storms around, mostly from about 2:00 until 10:00 p.m. Highs will be in the low 90s most days, right at seasonal values for mid-July. See the daily Weather Briefing video for maps, graphics, and more details. 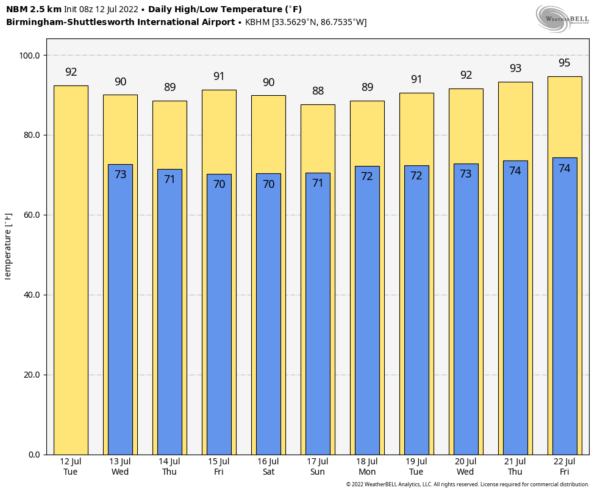 If you have a trip planned to the Central Gulf Coast (Gulf Shores to Panama City Beach), it won’t rain all day every day (no total wash-out days), and you will see some sun. But just understand the coverage of showers and storms will be higher than usual through the weekend, and some spots could see heavy rain at times. 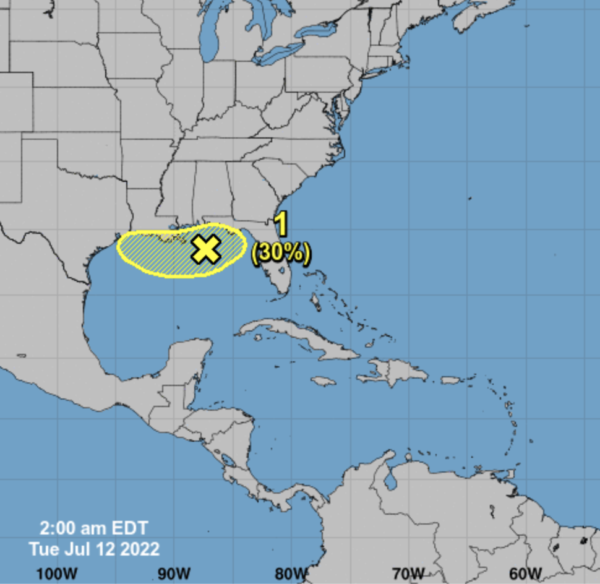 The rest of the Atlantic basin remains very quiet.

ON THIS DATE IN 1995: An intense heat wave affected much of the Midwest for a 4-day period beginning on this day. The worst effects of the heat were noted in the Chicago metropolitan area, where 583 people died from the heat. Temperatures across the region reached as high as 104 degrees.

Alabama NewsCenter — 7 ways to beef up your next meal : The Alabama Weather Blog