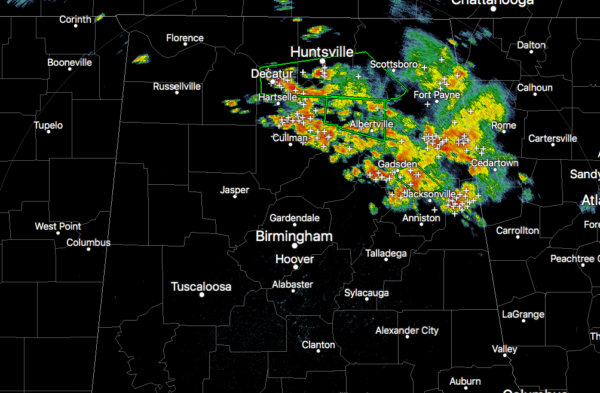 Heavy rain associated with thunderstorm activity continues to move across the northern parts of North/Central Alabama, and there are a couple of Flash Flood Warnings in effect.

Portions of Calhoun and Etowah counties are also under a flash flood warning until 8:30 pm.

A new flash flood warning was just issued for portions of Etowah and Cherokee counties until 10 pm tonight.

For now, these storms are staying below severe limits, but a few severe thunderstorm warnings were issued earlier. We’ll keep an eye on these storms and alert you when warnings are issued.