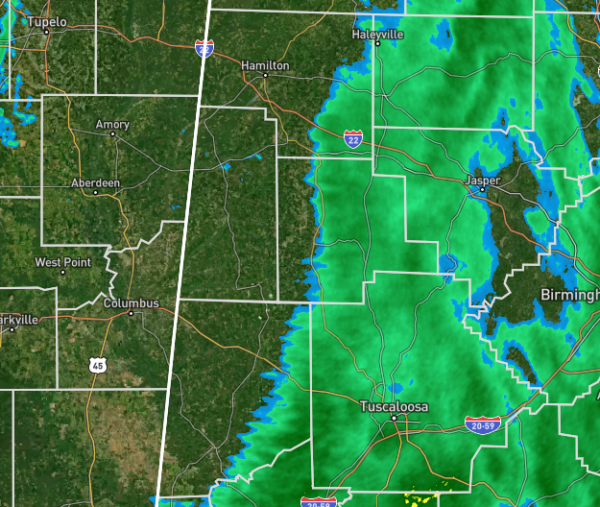 A Significant Weather Advisory has been issued for Fayette, Lamar, Marion, Pickens, Tuscaloosa, Walker, and Winston counties in Central Alabama as a gravity wave looks to be forming on the backside of the rain. Here is the text from the advisory…

…A strong pressure gradient on the back side of the rain area will
impact portions of northwestern Walker, northwestern Tuscaloosa,
eastern Marion, northeastern Pickens, Winston, Fayette and
southeastern Lamar Counties through 330 PM CDT…

At 234 PM CDT, Doppler radar was tracking an area of rain that will
end quickly over the next hour. Wind gusts will occur as the rain
ends.

IMPACT…Gusty winds could knock down tree limbs and blow around
unsecured objects.

If outdoors, consider seeking shelter inside a building.