CLOUDLESS SKY: We have a cobalt blue sky over Alabama this afternoon with temperatures mostly in the upper 50s; the average high for Birmingham on November 2 is 70. Tonight will be clear and cold; we project lows between 28 and 36 over the northern 2/3 of the state, and a frost advisory is in effect with a clear sky and calm wind. 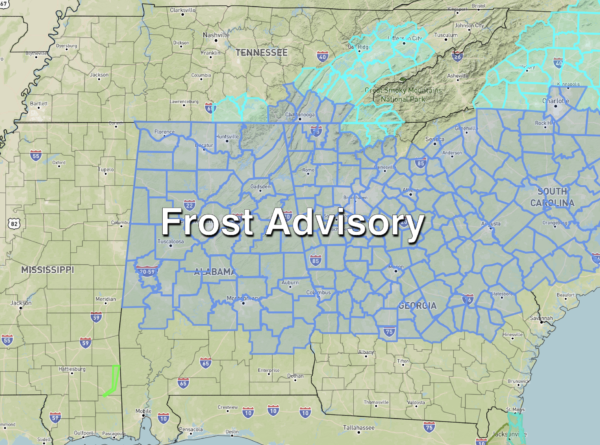 REST OF THE WEEK: A warming trend begins tomorrow afternoon; with a sunny sky temperatures reach the mid 60s. Then, we will be in the low 70s Wednesday and Thursday, followed by mid 70s Friday. Dry air means sunny days, fair nights.

THE ALABAMA WEEKEND: Moisture levels tick up a bit, but we believe the weather stays dry Saturday and Sunday. Partly sunny both days with highs in the mid 70s; lows will be in the 50s.

NEXT WEEK: Moisture levels continue to rise, and a few showers are possible during the week, but for now it doesn’t look like we will have any big rain days. Highs will be in the 70s… See the Weather Xtreme video for maps, graphics, and more details.

TROPICS: Eta is now a major hurricane with sustained winds of 120 mph; it moves into the coast of Nicaragua tonight. It will bring life threatening flooding to much of Central America in coming days, and the system is expected to stay intact and emerge back into the western Caribbean this weekend. 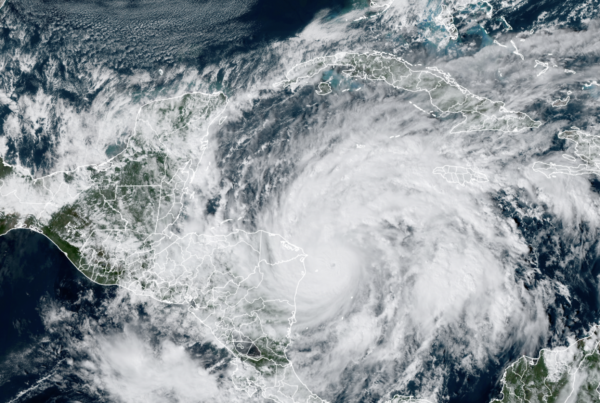 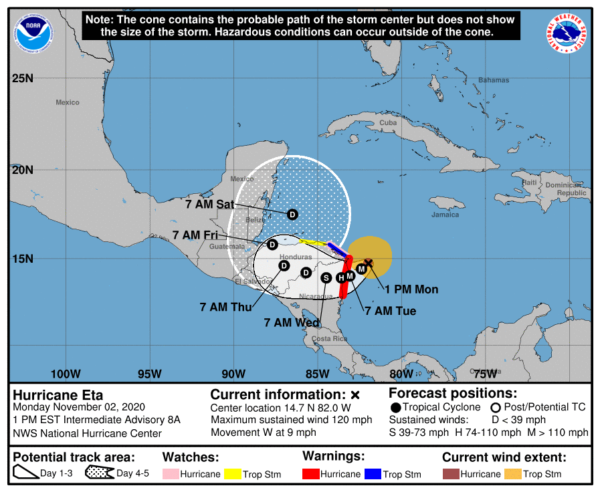 Steering currents will be weak, but long range model data suggests Eta will hang around the western Caribbean into early next week with potential for reorganization/intensification. Too early to know what happens from there, but certainly worth watching.

ON THIS DATE IN 1743: Benjamin Franklin’s “Eclipse Hurricane” unlocked the key to storm movement. The storm became know as the ‘Eclipse Hurricane’ because it struck on the night of a lunar eclipse. Benjamin Franklin was residing in Philadelphia and was set to make observations of the predicted eclipse, but the clouds from the storm interfered. Franklin observed that the winds accompanying the storm were from the northeast and assumed the storm had come from that direction and so had also interfered with lunar observations made by his brother back in Boston. He was surprised to later find that the eclipse had been visible in Boston and that the storm had struck there hours afterward. Franklin concluded the storm had moved contrary to surface winds. His observations were confirmed by another hurricane which traveled up the east coast of the Colonies in October of 1749, which Franklin was able to trace by using newspaper accounts from various cities along the storm course.

7:00 AM | *Near 80 degrees today and Wednesday…cooler for the latter part of the week following frontal passage* — Perspecta Weather

7:00 AM | *Near 80 degrees today and Wednesday…cooler for the latter part of the week following frontal passage* — Perspecta Weather