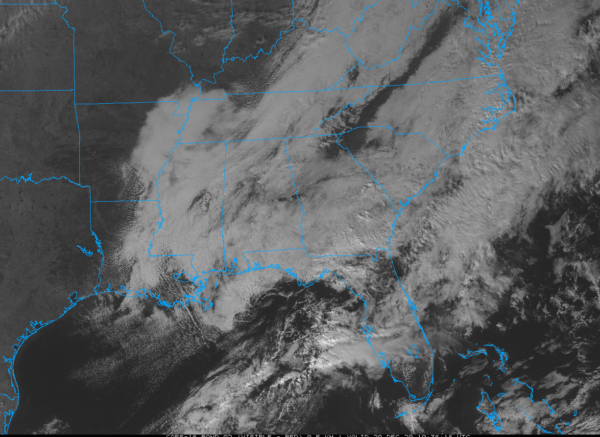 Clouds are hanging tough across a+Alabama this afternoon, but there are a few breaks in most pats of Central and Northeast Alabama. Expect some increasing sunshine through the afternoon.

Temperatures are in the 50s now for the most part except for Northeast Alabama. They will top out in the middle 50s to lower 60s. 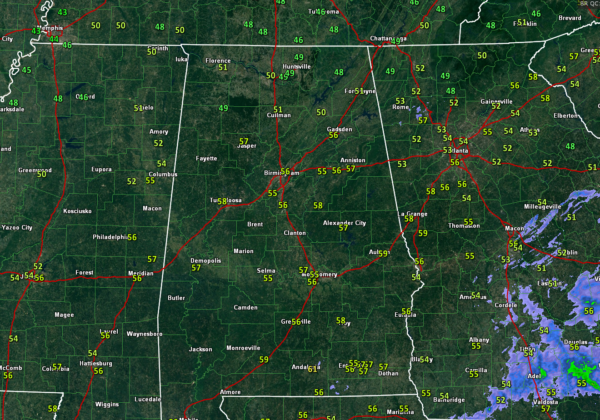 The showers are gone except for extreme South Alabama. There could be a few showers ahead of the approaching front tonight but they will be light.

Monday, Tuesday, and Wednesday will be dry, but showers will return Wednesday night. Rain will increase during the overnight hours but there won’t be much thunder as there just won’t be much instability to speak of. Temperatures will climb into the upper 50s to the lower 60s Wednesday afternoon, falling back into the 40s during the evening before rising a bit after midnight. Then it will be a straight freefall through the daylight hours on Thursday. And That’s when it gets interesting.

As those temperatures fall on Christmas Eve morning, precipitation may continue. The rain may mix with snow for a few hours over the northern third of Alabama. Where that dividing line will be is uncertain, and whether it will happen at all is uncertain. But there is a possibility. The European has backed off on the possibility of snow accumulations for North Alabama, which will disappoint snow fans, but we will continue to monitor the situation. It will be windy and cold, with those temperatures falling into the 30s by afternoon.

After lows in the lower and middle 20s Christmas morning, highs will be limited to the 30s over the northern half of the state. Skies will be sunny though.