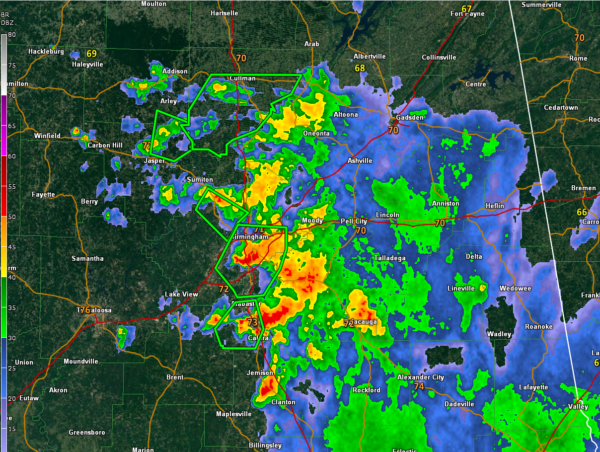 Flash flood warnings continue across several Central Alabama counties this morning generally in the I-65 Corridor.

Flash flood warnings are in effect for…

…northeastern Walker and southeastern Winston Counties until 730 a.m. Rainfall has diminished in this area, but 2-4 inches of rain may have fallen across the area from Jasper to Cullman.

…much of Cullman County until 8 a.m. Again, rainfall is diminishing, but 2-4 inch amounts are likely to have occurred.

…much of Jefferson and northern Shelby counties until 8 a.m. Waves of rain have been moving across the Birmingham Metro area. I have picked up 4.13 inches of rain just off Acton Road in Vestavia.
Very heavy rain continues along and south of I-459.

Flooding is reported to be severe in the Hoover area.

Traffic is slow and heavy on all major area roadways. Look for flooding during the morning commute.