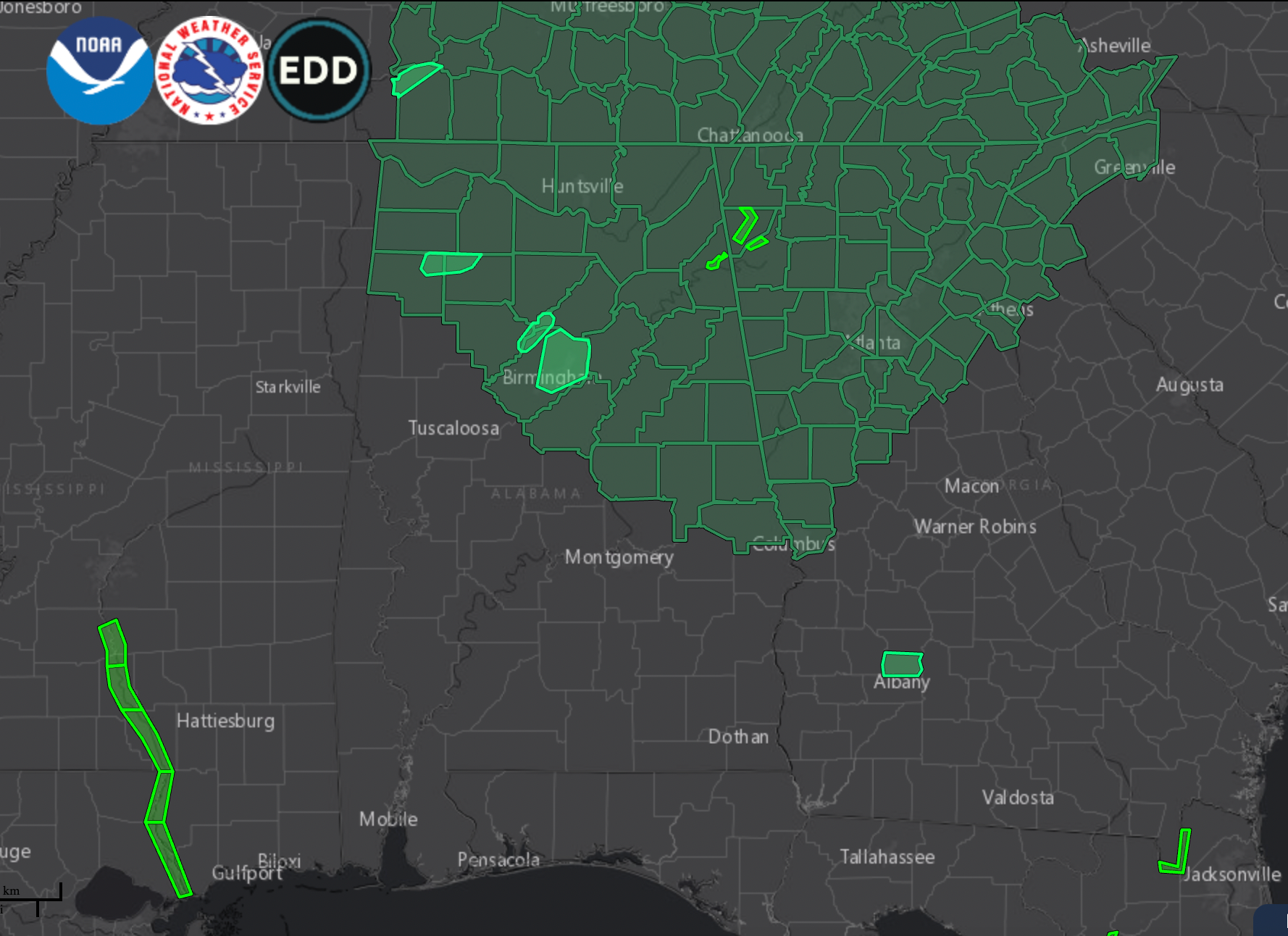 NWS Offices in Birmingham and Huntsville have issued flash flood watches that will be in effect through 7 p.m. tomorrow night.

Periods of heavy rain tonight will be capable of producing flooding across the state. A stationary front, extremely moist airmass, and leftover instability are contributing to the problem.

The WPC has issued a mesoscale discussion about the immediate threat:

Summary…Scattered heavy thunderstorms could cause localized
flash flooding this evening, particularly along a stationary front
that stretches from northern Alabama to southern Georgia

Discussion…Southerly low level flow is feeding slow moving
airmass thunderstorms across central/southern AL and southern GA
early this evening and is converging along a stationary front over
northern AL to southern GA. This front, oriented NW to SE is
perpendicular to the SWly steering flow between a positively
tilted trough axis over the Mid-South and a ridge axis off the
Southeast coast.

2-2.5″ PW (2 standard deviations above normal) with ample
instability of 2000-3000 J/kg SBCAPE has allowed particularly
heavy rainfall to develop. Hourly rainfall estimates in the
heaviest cells over west-central GA have been generally 2-2.5″,
but cell mergers and some repetition, particularly near the front,
should allow more exceedance of the 3hr FFG of 3-4″ (2.5-3″ in
north-central AL).

Given the localized nature of the most repetition and heaviest
cells, and that most of this interior area of the Southeast has
been fairly dry over the past week, flash flooding is considered
possible this evening and should remain fairly localized.