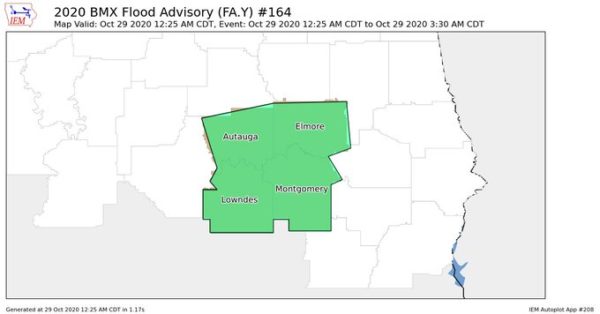 * At 1225 AM CDT, Doppler radar indicated heavy rain due to
thunderstorms. This will cause urban and small stream flooding.
Between 1 and 2 inches of rain have fallen.

Additional rainfall of 1 to 2 inches is expected over the area. This
additional rain will result in minor flooding.

Excessive runoff from heavy rainfall will cause flooding of small
creeks and streams, urban areas, highways, streets and underpasses
as well as other drainage areas and low lying spots.