Water rescues are underway in Nauvoo as creeks are out of their banks. 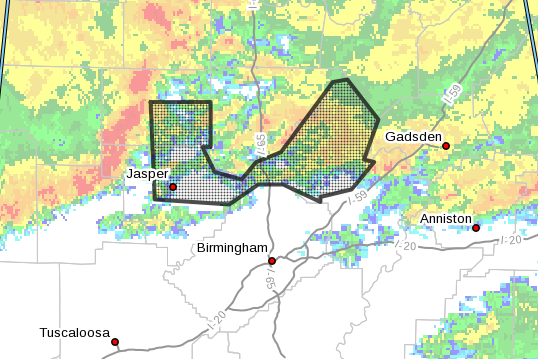 * At 711 AM CDT, Doppler radar indicated thunderstorms producing
heavy rain across the warned area. Flash flooding is ongoing or
expected to begin shortly.