It is difficult to believe that the Flag Day Storm hit Northwest DC 33 years ago.

WASHINGTON — Tuesday is Flag Day. I will always remember Flag Day for that monster thunderstorm back in 1989.

The skies darkened around 3:30 that afternoon.

A downburst in Chevy Chase and Northwest DC downed trees and power lines. Some homes in Northwest and Chevy Chase were without power for three weeks.

As strong as those winds were that day, what caused massive trees to be uprooted was the wet May. We received over seven inches of rain in May of 1989. Officially 7.77” of rain fell at National.

Ironically that was only good enough for sixth place all time.

May of 2008, now in third place with over 10 inches of rain, actually pushed May 1989 down into seventh place. 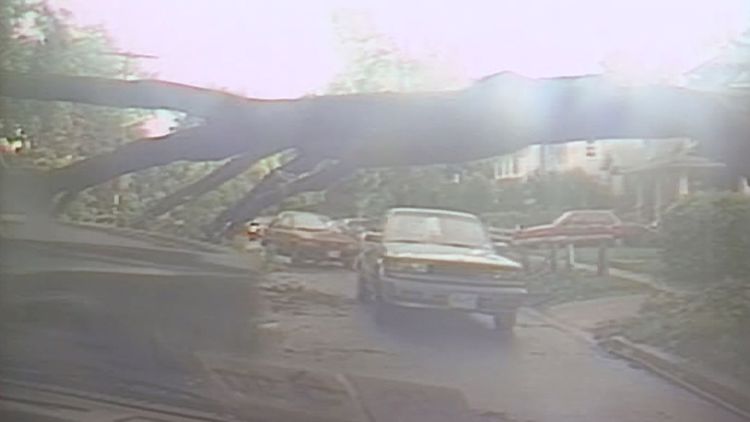 Winds in excess of 80 mph (Hurricane-force winds are 74 mph and up) had no trouble uprooting mature trees in Chevy Chase and Northwest.

One estimate calculated that nearly 10 percent of all mature trees in a certain area of Northwest were taken down by the downburst.

Damage was estimated at over $28 million.

We tracked the storm with our live Doppler radar (yes Channel 9 had live Doppler back then) showing the areas and neighborhoods that would be hit the hardest from the winds.

Many residents thought the damage was from a tornado. Downburst winds can leave a circular pattern of damage as the winds spread out.

Would the Flag Day thunderstorm uprooted as many trees without that wet May? No, but it still was a severe storm that would have at the very least taken some trees down and many more tree limbs